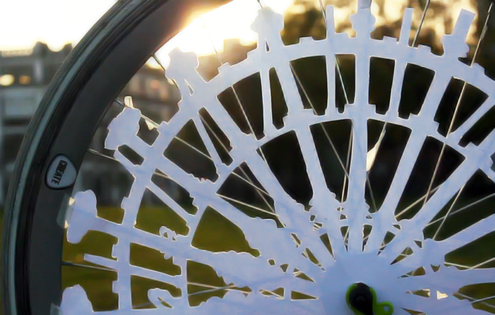 British graphic designer Katy Beveridge has created something, if I may, f$%*ing genius.

She inserts cut paper designs into bicycle wheels, creating a zoetrope, the “spinning device that typically produce the illusion of a moving animation from a series of static picture.”

The results are really amazing. Click play below to see it in action: 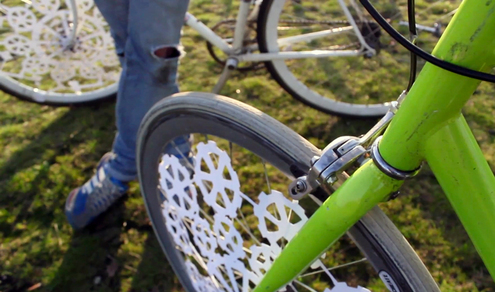 “interestingly, this zoetrope effect can only captured on film; to the naked eye, the movement of the wheels occurs too quickly and is perceived as a blur. captured frame by frame, however, Beveridge’s snowflake-like designs produce captivating animated visual effects that mimic bobbling gears, growing plumes, and other abstract forms.”