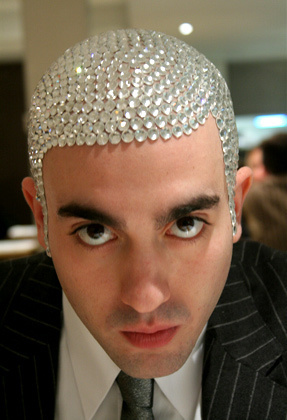 Philip Levine was going bald, and rather than hide it under a combover or (swallow…) hairpiece, he embraced his new bare dome, and put some art on it. 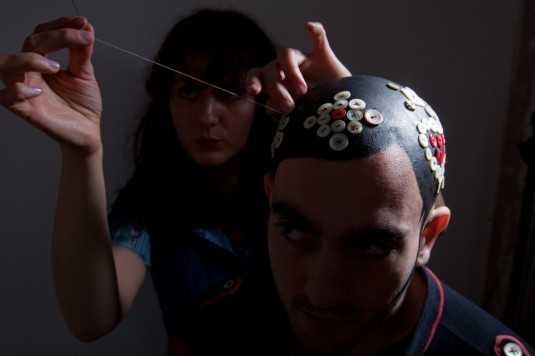 From Phil’s bio: “London born Philip started using his head as a canvas for creativity back in 2006 when he began to go bald. He did not want to conform to shaving his head like everyone else so started using it as an art form to express….His designs are…reaching abroad including Japan and China, and he is leading the way to becoming an original expression of creativity in the 21st century in what is becoming known as the ‘Head Art’ scene. 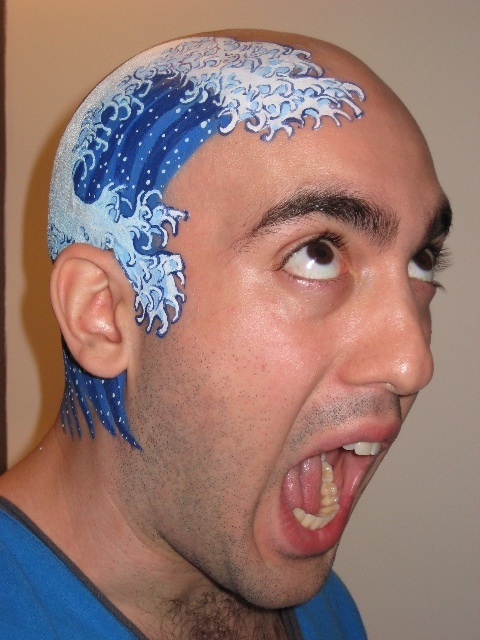 Philip teams up with professional body painter Kat Sinclair, continuously creating a wealth of designs that have ranged from his 1000-Swarovski crystal headpiece, to homages of such artists as Roy Lichtenstein and Hokusai painted on his head. “ 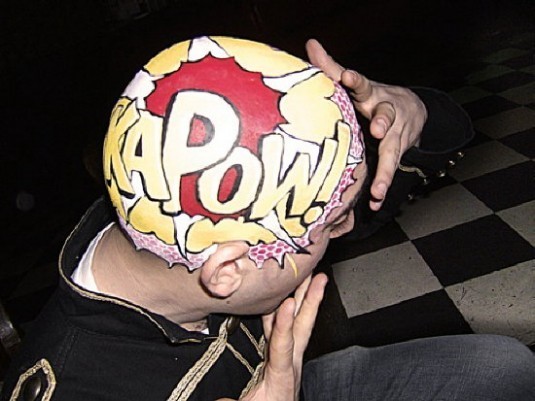