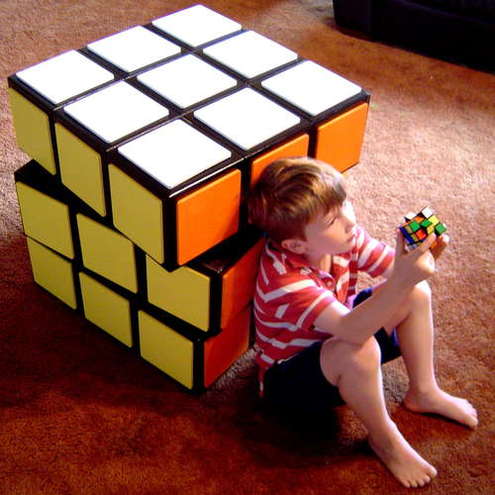 We’ve seen vintage toy-inspired furniture before, such as the giant LEGO storage boxes, or this colorful Tetris bookshelf, but this Rubik’s Cube shaped chest of drawers is truly brilliant. The quality of the work is amazing, and it actually rotates and turns (at least on the X-axis). But most importantly, its creator and designer shares step-by-step instructions to show you how it was put together, and so you can make on yourself! 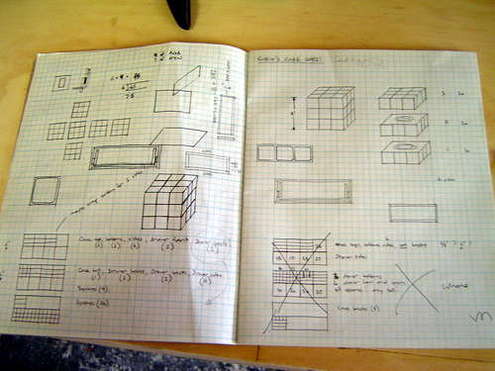 30 years on from its invention, Rubik’s cube is still instantly recognizable. People like picking it up, turning it a few times, maybe doing a side or two (or five, as a braggart in my class once memorably claimed). Solving the cube remains a reasonably rare feat – you’re either smart enough to have figured it out yourself, or geeky enough to have followed a how-to, and most people are neither…

Rubik’s cube is not just the quintessential hand-held puzzle, though: it’s also an iconic piece of design, so I co-opted it when making a new chest of drawers for my son’s room. This cubic piece of furniture has only one of the three required axes of rotation, so is unsolvable in the conventional sense, but can be arranged in any configuration you like by non-sporting means. The drawers do pose a brain-bending challenge: the first thing you have to solve is detecting that they’re there, and all three have hidden locks in different locations. 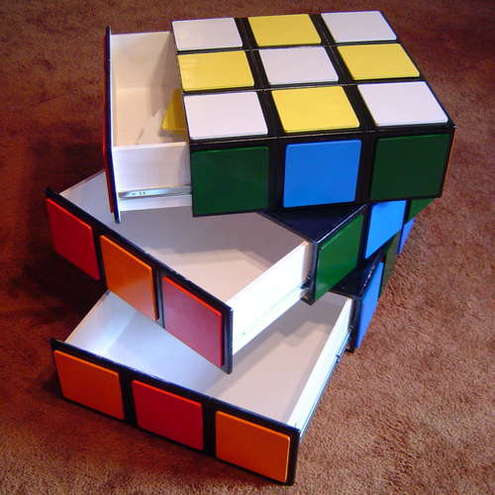 Even if you’ll never make one of these, it’s definitely worth checking out the article to see how it was designed and put together.