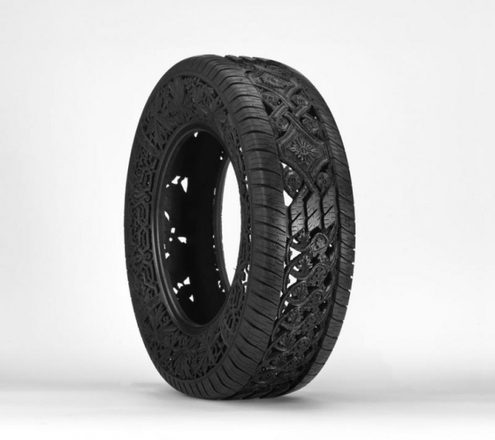 Artist Wim Devoye creates intricately carved vehicle tires. The texture on this one is unbelievable: 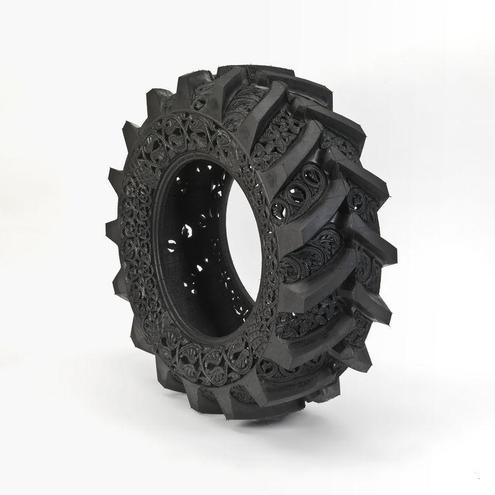 Matt Mulholland recreates the entire soundtrack from a Back to the Future scene – music, dialog, and sound effects, using only his voice 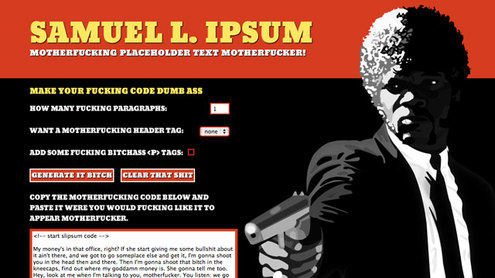 Samuel L. Ipsum is a dummy text generator featuring gems from dialog performed by Samuel L. Jackson. You can get stuff like,

Uuummmm, this is a tasty burger!

Well, the way they make shows is, they make one show. That show’s called a pilot. Then they show that show to the people who make shows, and on the strength of that one show they decide if they’re going to make more shows. Some pilots get picked and become television programs. Some don’t, become nothing. She starred in one of the ones that became nothing. 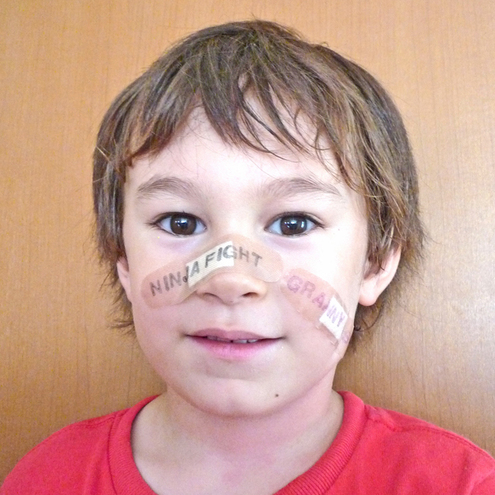 Personalized bandaids that let others know how you came to be injured. If these aren’t already available at hipster gift shops, they will be soon.