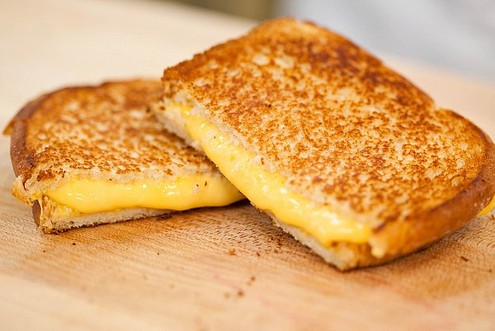 Most of us wouldn’t admit it freely, but American cheese is awesome. No, it’s not the ultimate expression of what milk and time can do, but you can’t deny it’s uniqueness and nostalgia. It’s likely the first cheese that many of us in the U.S. ever tasted, and you can’t deny its melt-ability on a burger or grilled cheese.

But, it’s not quite cheese…that is, innoculated and pressed milk. “Instead, it’s either a blend of cheese and additives, or it’s a highly processed mixture of ingredients such as water, milk, milkfat, milk protein, whey, food coloring, flavorings, and emulsifiers.” But, American cheese quite possible to make at home, where you know exactly what went into it, and can add flavorings and possibly even other cheeses for more complex or a variety of flavors. 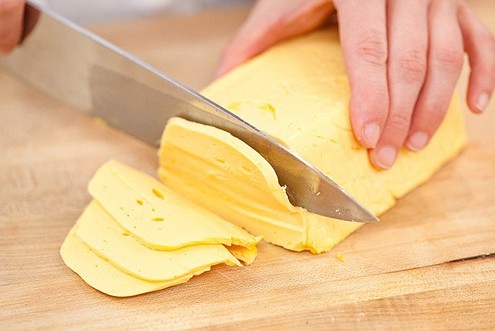 Sure, it’s still not straight cheese, but the additives are things you’ve heard of, like milk and gelatin.

Note: By healthful, I mean, “has actually food inside” rather than chemicals. It’s not low fat or nutritious beyond the calcium…it’s still cheese, people.