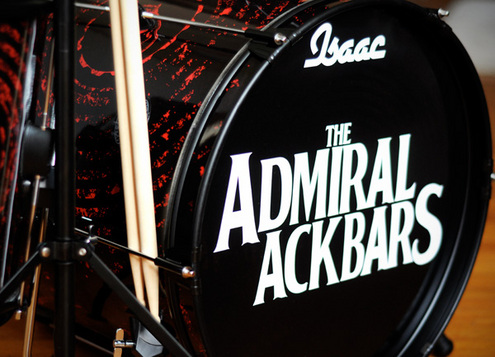 I have a three year old nephew, and I think he’s totally awesome. Not in the “all little kids are adorable way,” but in the “this kid has got crazy personality way. He knows that he’s funny, and is very smart about using his presence, face, and words to be entertaining and smart.

So, I wanted to get him something special that he could continue to use once all the dumptrucks and Buzz Lightyear Jr. action figures wore out. His favorite thing to do when he comes over is to play around with all my musical instruments and noisemakers. So, I headed to the toy store, and saw this mini-drum set on clearance, I knew I had to get it.

Of course, I couldn’t just wrap up the box and hand it to him – my brother-in-law would never have been able to put it together and tune it. (He’s lovingly known for his lack of rhythm. He’s talented in lots of other ways.)

So, I put in together in my living room, tuned it up, and then the wheels started turning. (Okay, and let’s be honest. I also couldn’t stop playing it for a couple of days). He loves the Beatles, and his geek dad has got him watching Star Wars, and I certainly can’t ever leave stuff alone. So, I knew I has to customize the kit just for him.

The kick drum head came printed with the same weird skull-pattern as the drum shells. I thought about exploiting it and going for a pirate theme (another fave), but I wanted something more special, just for Isaac. 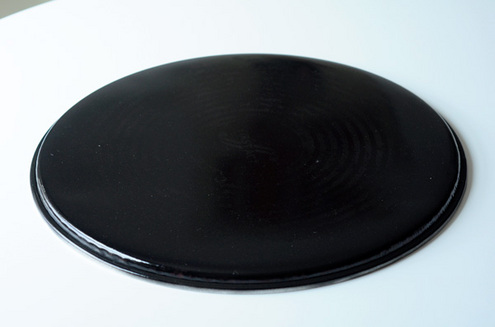 So, I gave the front kick drum head a coat of black spray paint. Since no beaters or sticks actually hit this head, it won’t flake off. 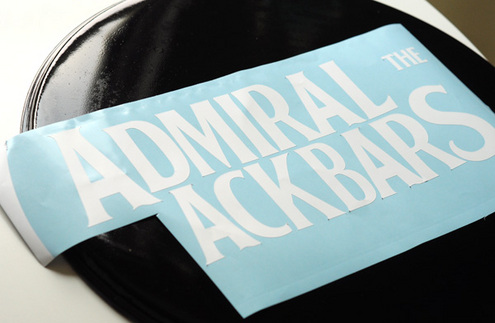 Then, I downloaded a Beatles-logo like font called Bootle, and created a logo of our new band, The Admiral Ackbars. (A drum kit is also refered to as a trap set, so multiple layers there.)

I’m lucky enough to have a Silhoutte digital cutting machine that I recieved as a review unit for Curbly, so I used that to cut the type from white vinyl. Lots of craft and scrapbooking stores have these kind of machines, so you could go there and ask nicely, and they might be able to cut it for you for a few bucks. You could also ask a vinyl sign shop to cut yours, and just not mount it to a sign. Their machines are basically giant versions of the Silhouette.

If you want to cut yours by hand, you can buy the roll vinyl from craft stores and hobby shops. You could try reversing the logo, then printing it on the back and cutting it with a craft knife and scissors. Or, you could cut out the relief, and make a stencil that you could use with spray paint. 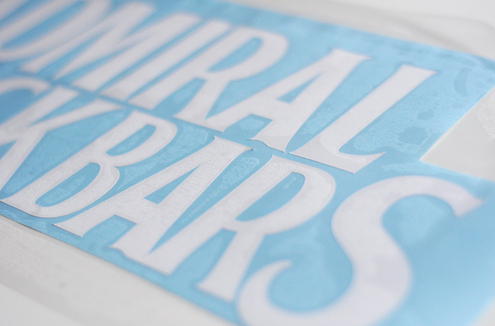 Silhouette also makes this awesome vinyl transfer film, that allows you to keep multiple pieces in place while installing. I’d never used this stuff before, and I love it. I can imagine it coming in handy for all kinds of printmaking and crafty projects. 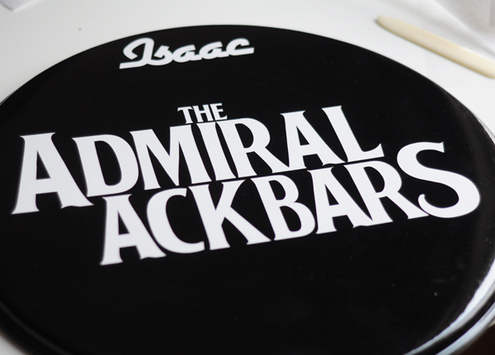 Then, i used a bone folder and a craft knife to smooth everything out and work with the sticky edges. I added my nephew’s name in an vintage-y script type, Airstream, to mimic the Ludwig logo on Ringo’s kick drum.

I unveiled it to him, and he freaked out. So did his six-year-old sister, who asked me “Can you get me one of these for Christmas?” Of course, he can’t read the words yet, but he loved it when we explained it to him. And, no, he can’t play them well, but he can bang along with the best of them, and is actually improving with the few techniques I was able to teach him. He can’t quite reach the kick and hi-hat pedals yet, but is learning to tap his feet all the same, and knows to end every fill with the cymbals.