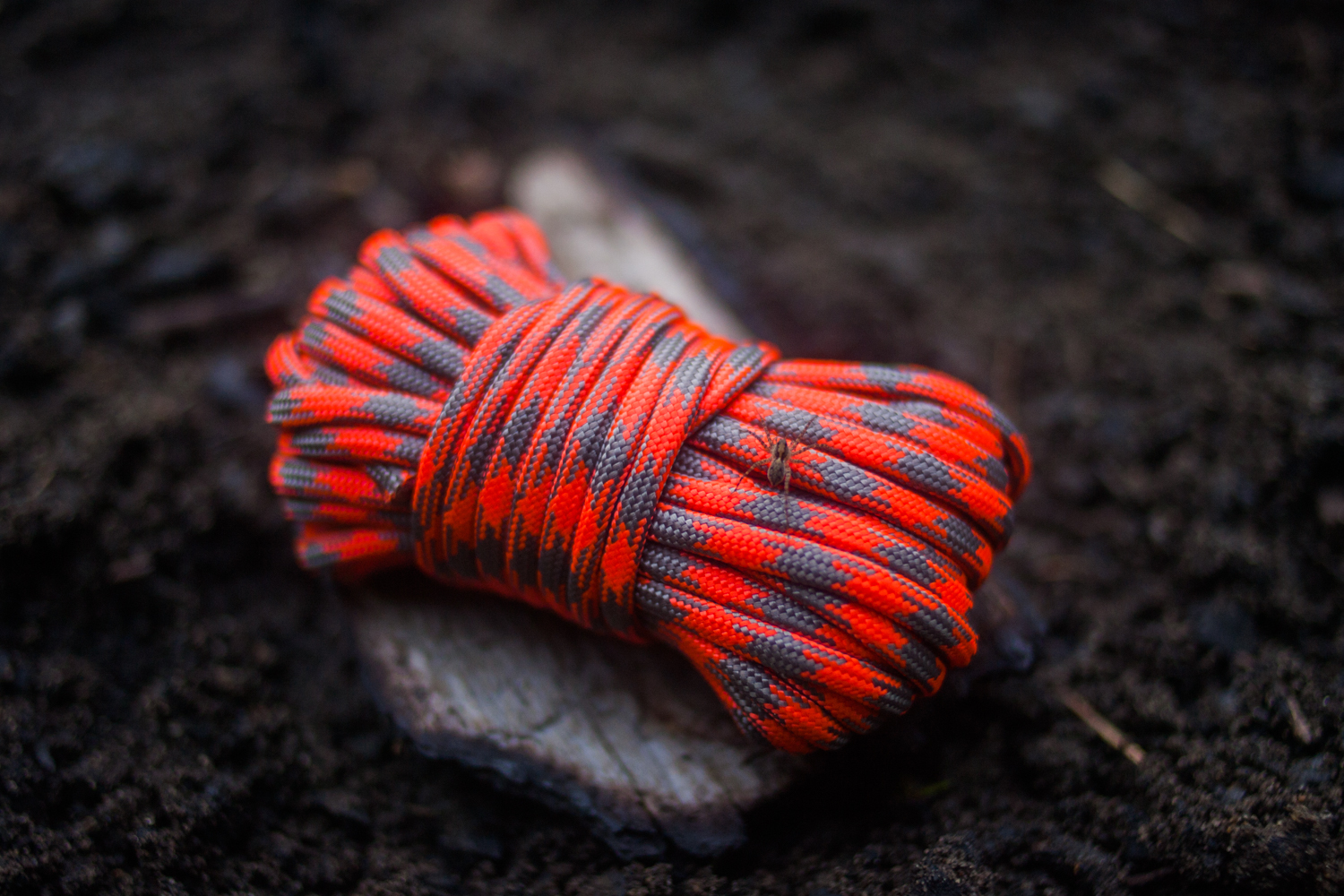 Even if you don't know it by name, you likely already know paracord. Chances are very good that you've seen it, either in the aisles at your local craft store or knotted into a survival bracelet.

It's a classic example of how a military-specific product found new life as a civilian utility item. Originally designed with airborne units (the name is portmanteau of “parachute” + “cord”), its strength, durability, and versatility lend well to all sorts of other functions. It's especially useful for survival and adventure situations, which means that enterprising outdoor gear companies have begun including other materials in the core of the cord besides the standard separate nylon yarns: in the case of ParaTinder, a waxed thread meant to be used as a firestarter.

I got a package of this as a stocking stuffer last Christmas and wanted to give it a whirl—it's important to test out your survival gear when the stakes are low rather than trying it out for the first time in an emergency. 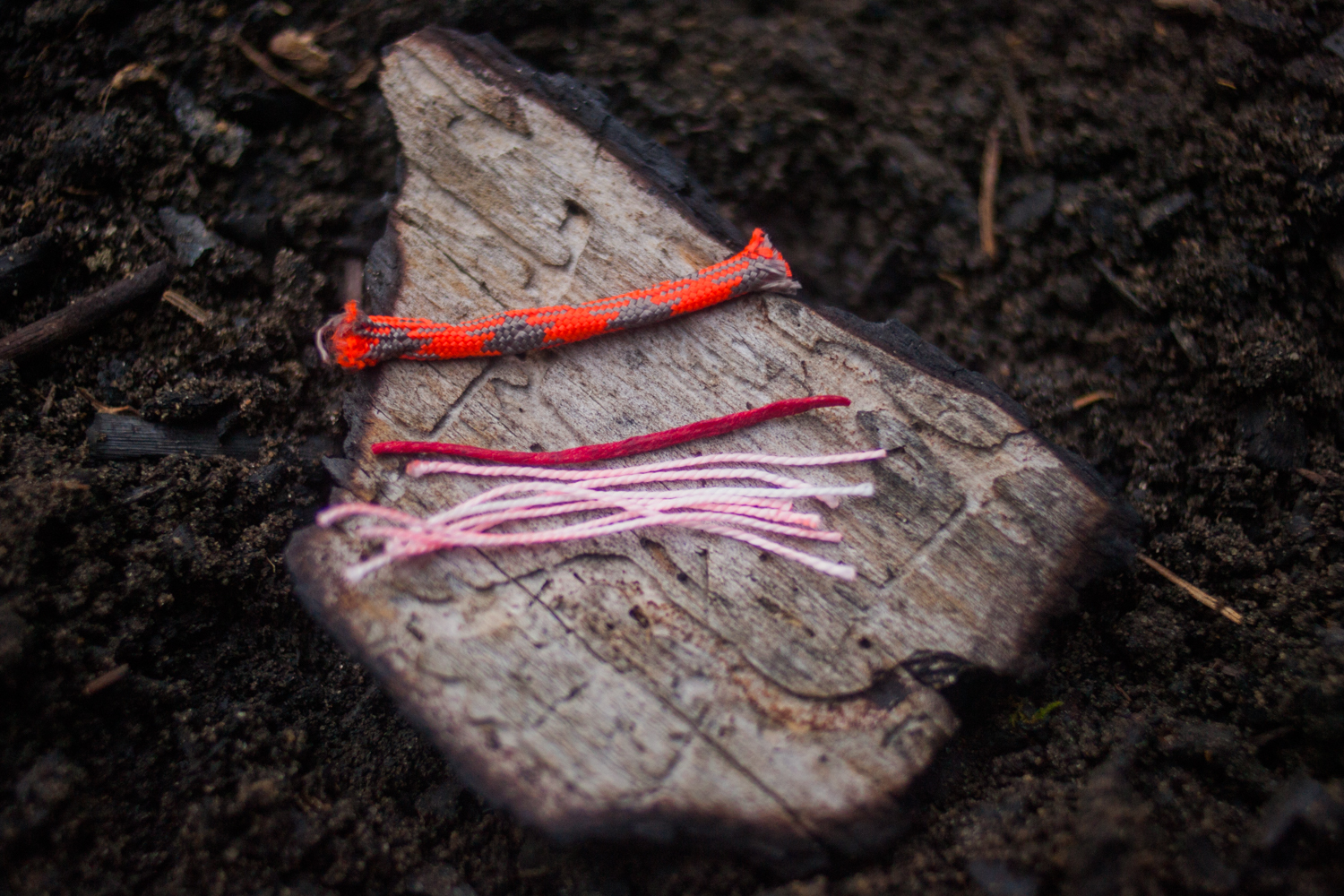 I originally watched this review on YouTube where the reviewer actually had a fair amount of trouble keeping the embers on the inner waxed thread of the ParaTinder lit enough to start a proper fire, and eventually gave up on the process, giving it negative feedback.

I began my process with a similar approach: cut off a few inches of cord, pull out the guts—seven nylon yarns and a red waxed core yarn—and separate the individual cords of the red yarn. 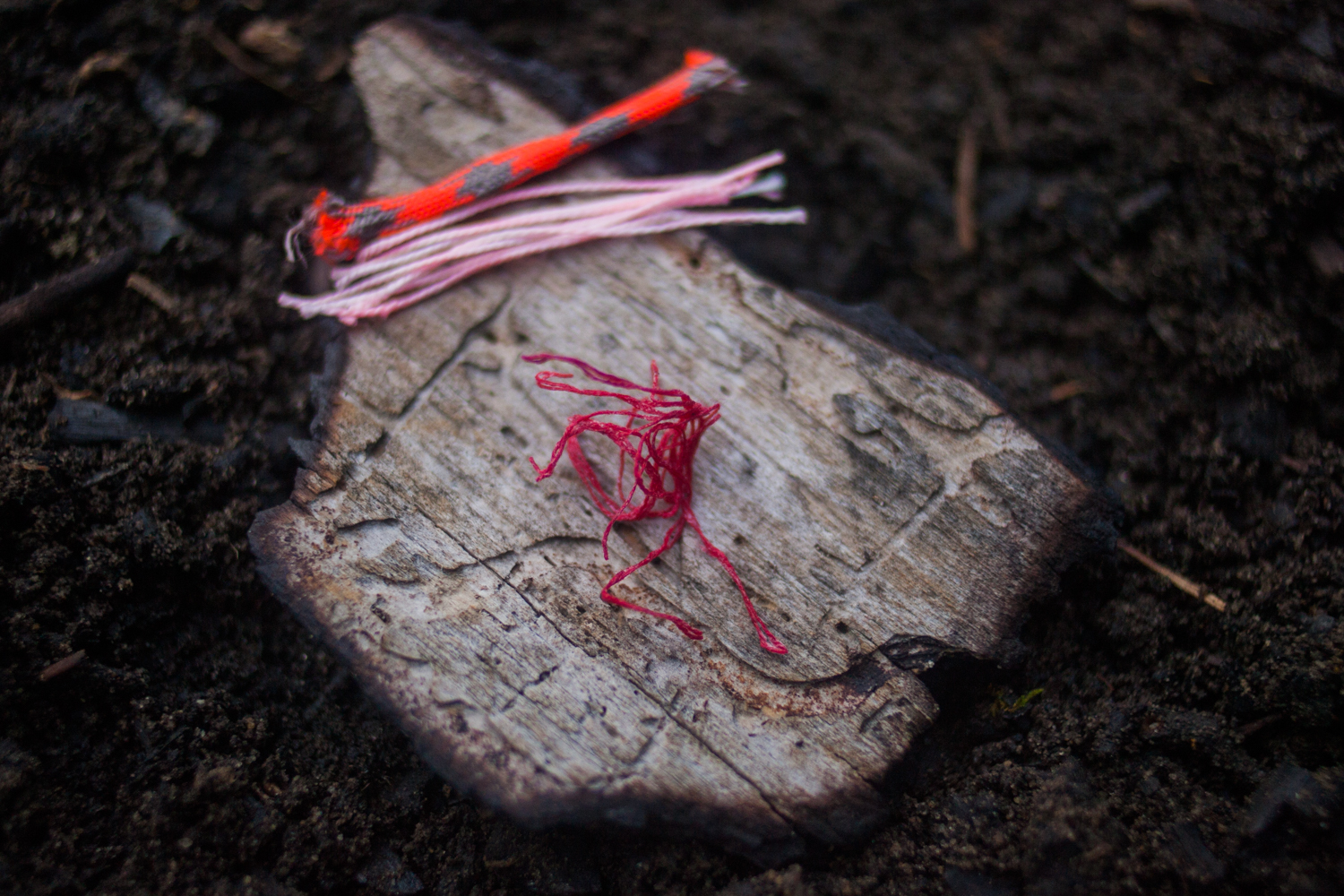 Next, I roughed up the cords a little and made a bit of a nest. 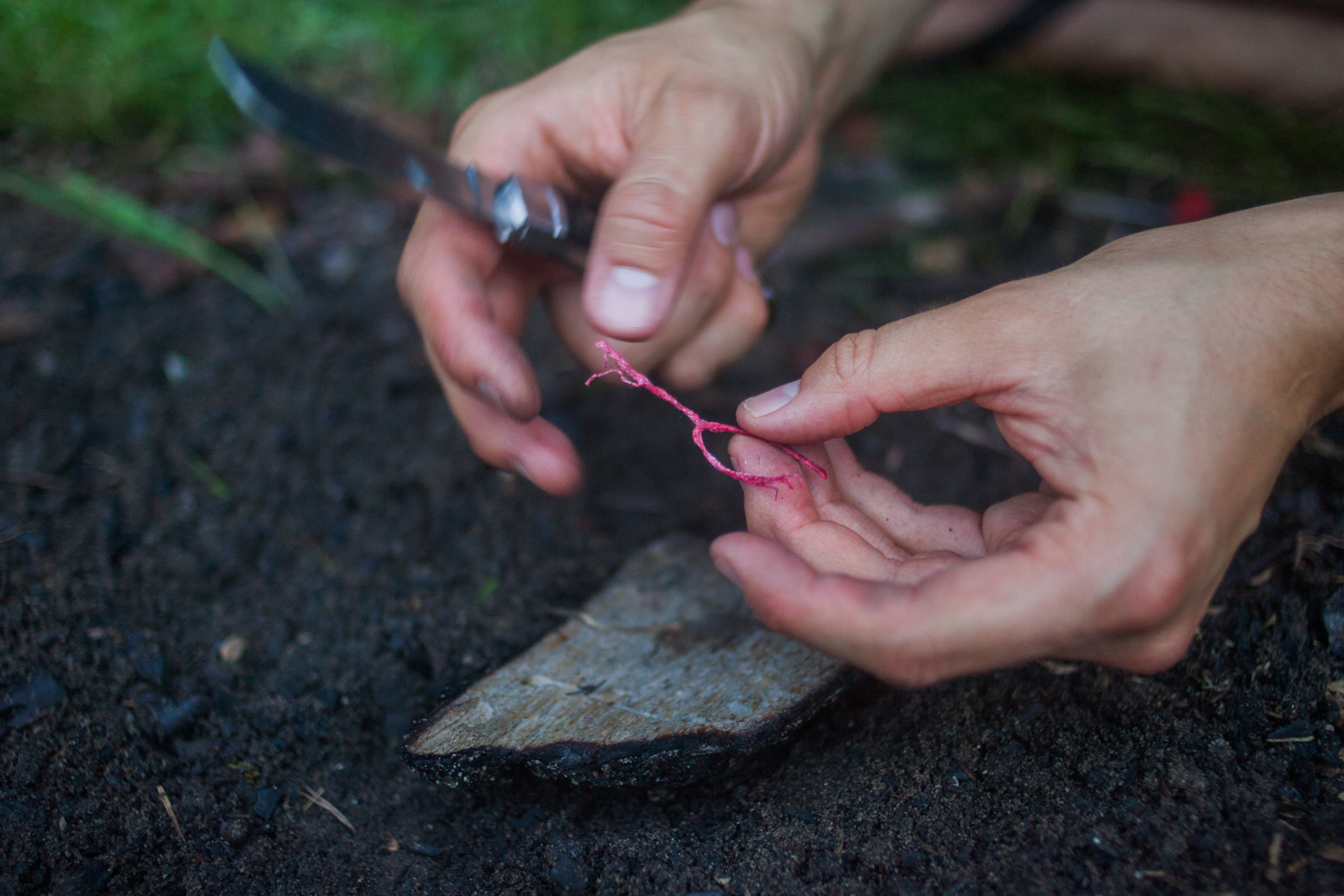 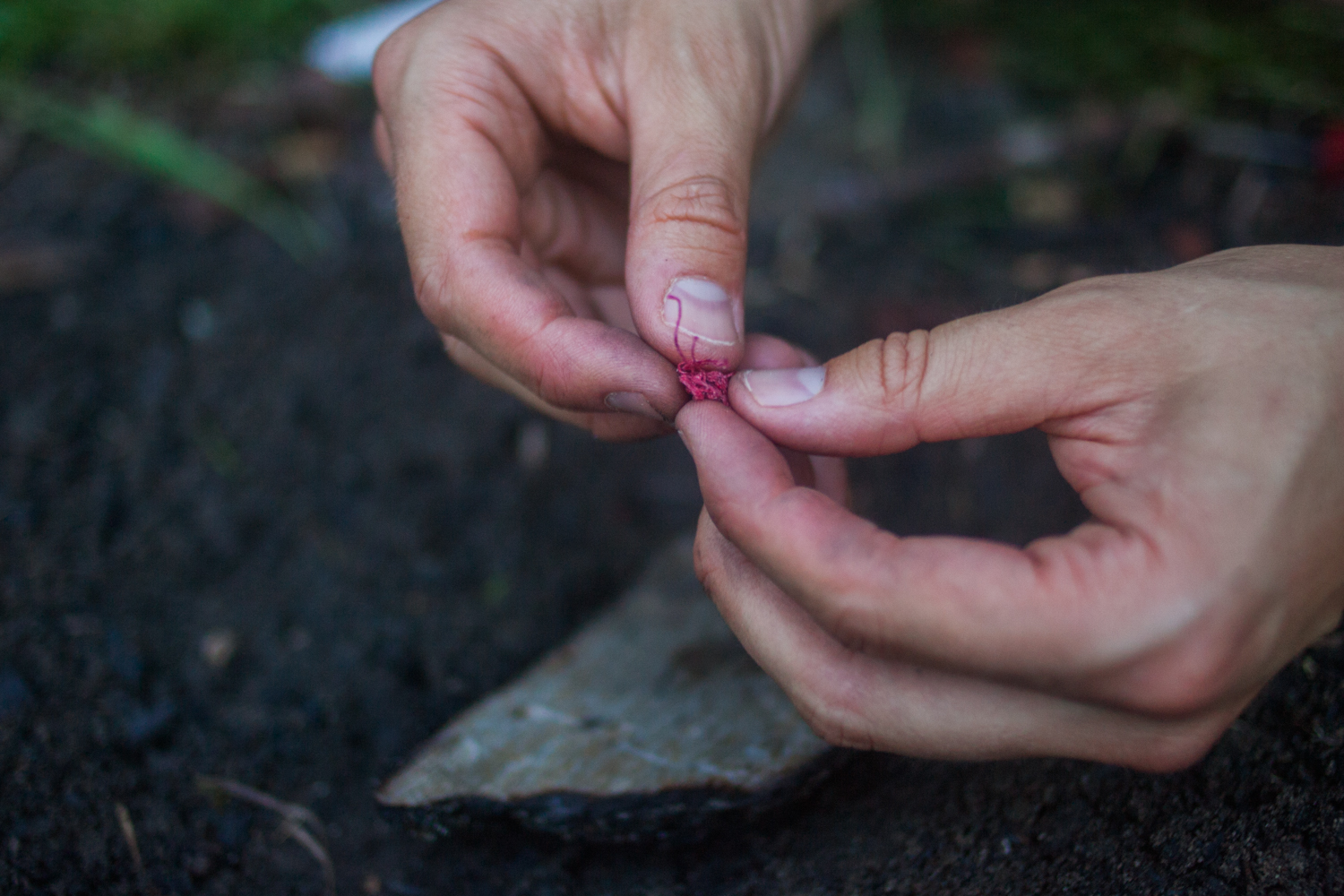 I used the Light My Fire firesteel (1st generation model) from my Altoids Tin Survival kit rather than matches because, since it works in bad weather and contains thousands of strikes, it would be my last line of defense in an emergency survival situation. 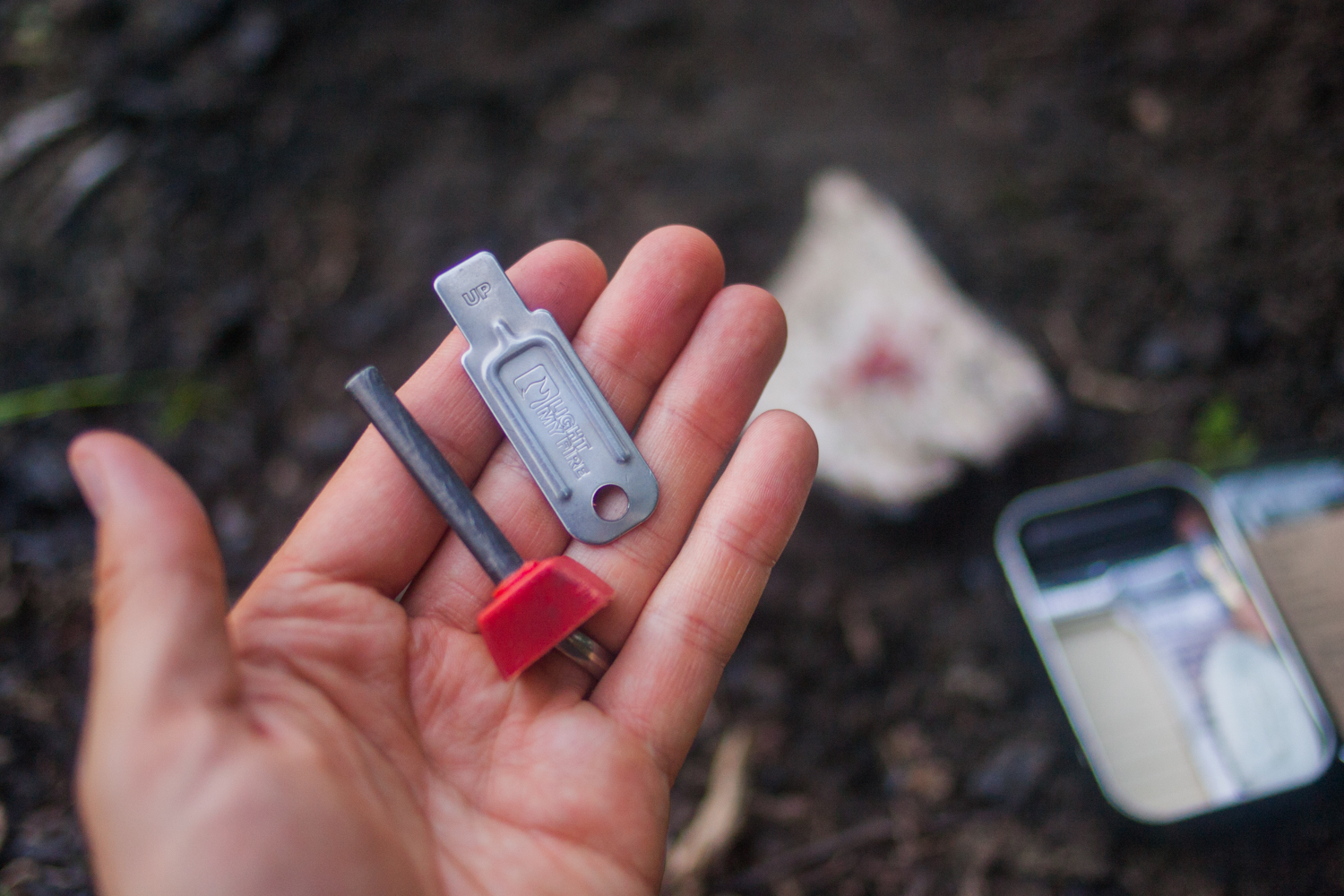 Initially, I tried to hold the fire steel above the cord and start an ember with sparks from above, but I ran into the same issues as the reviewer in the video: no matter how much I hit that thing, it never lit, even when I scraped off bits of the rod to help create more sparks. 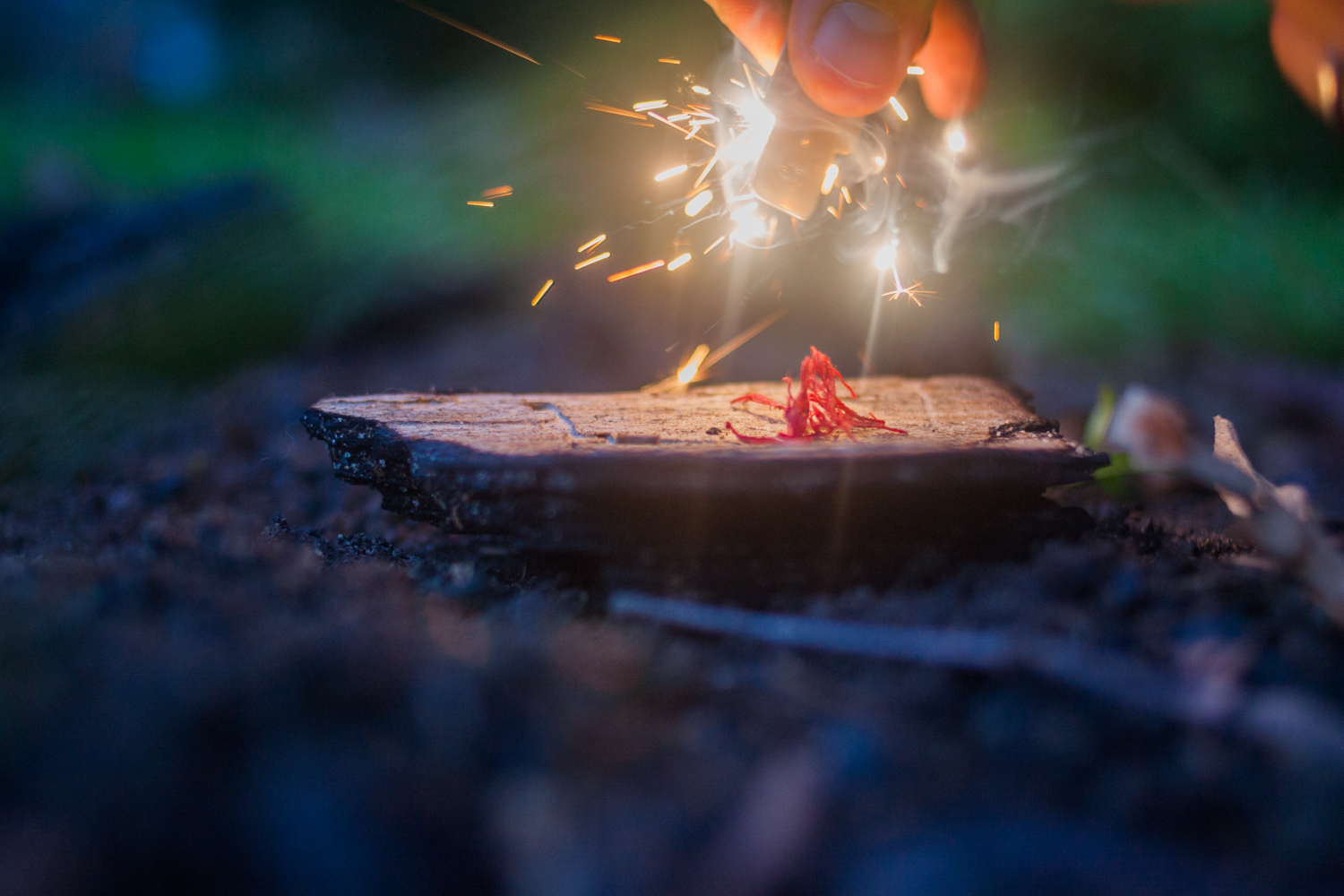 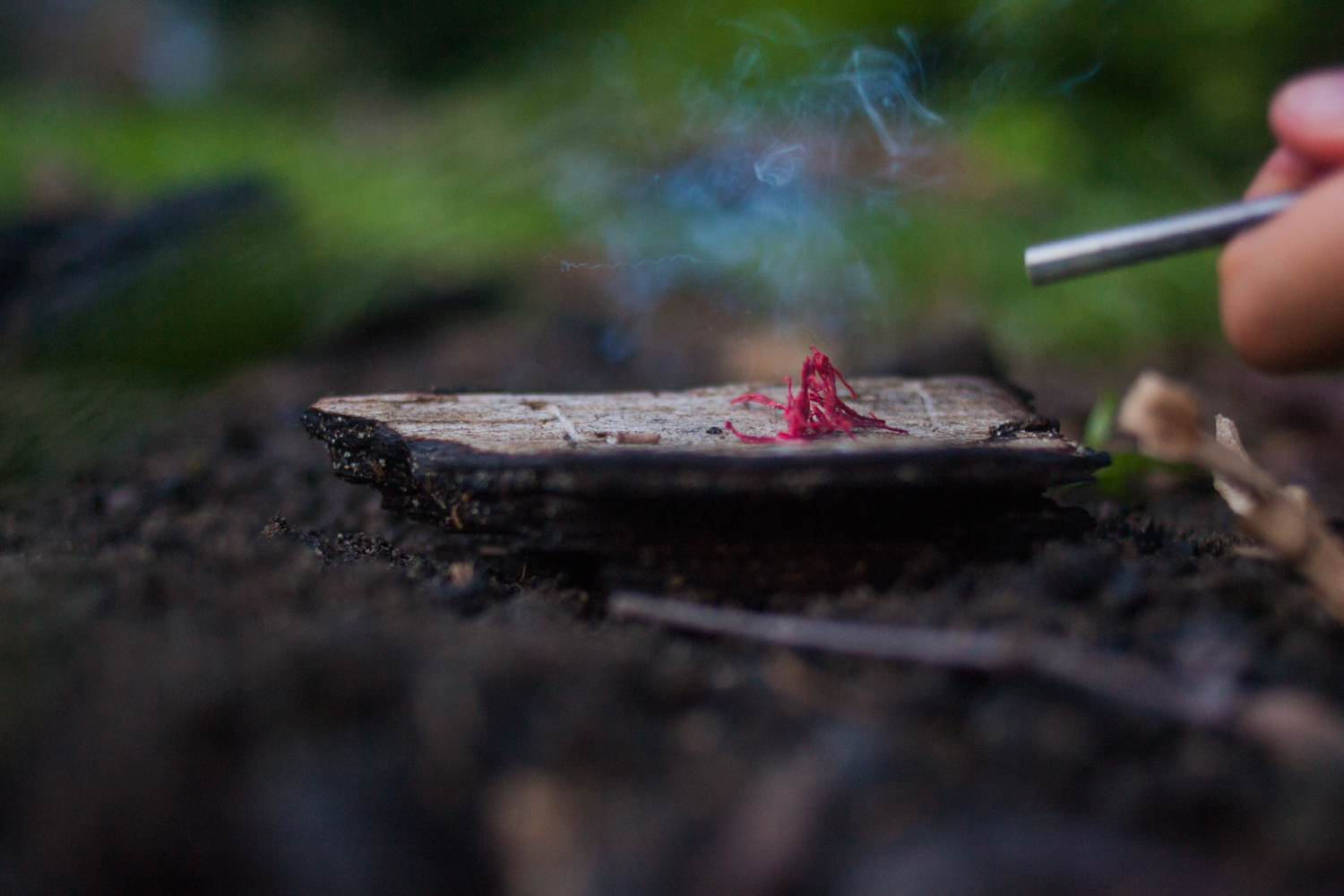 Eventually, though, I placed the end of the rod directly onto my surface next to the cord and made a continuous shower of sparks by continuously making shallow scrapes with the striker, and it lit into a nice inch-high flame. 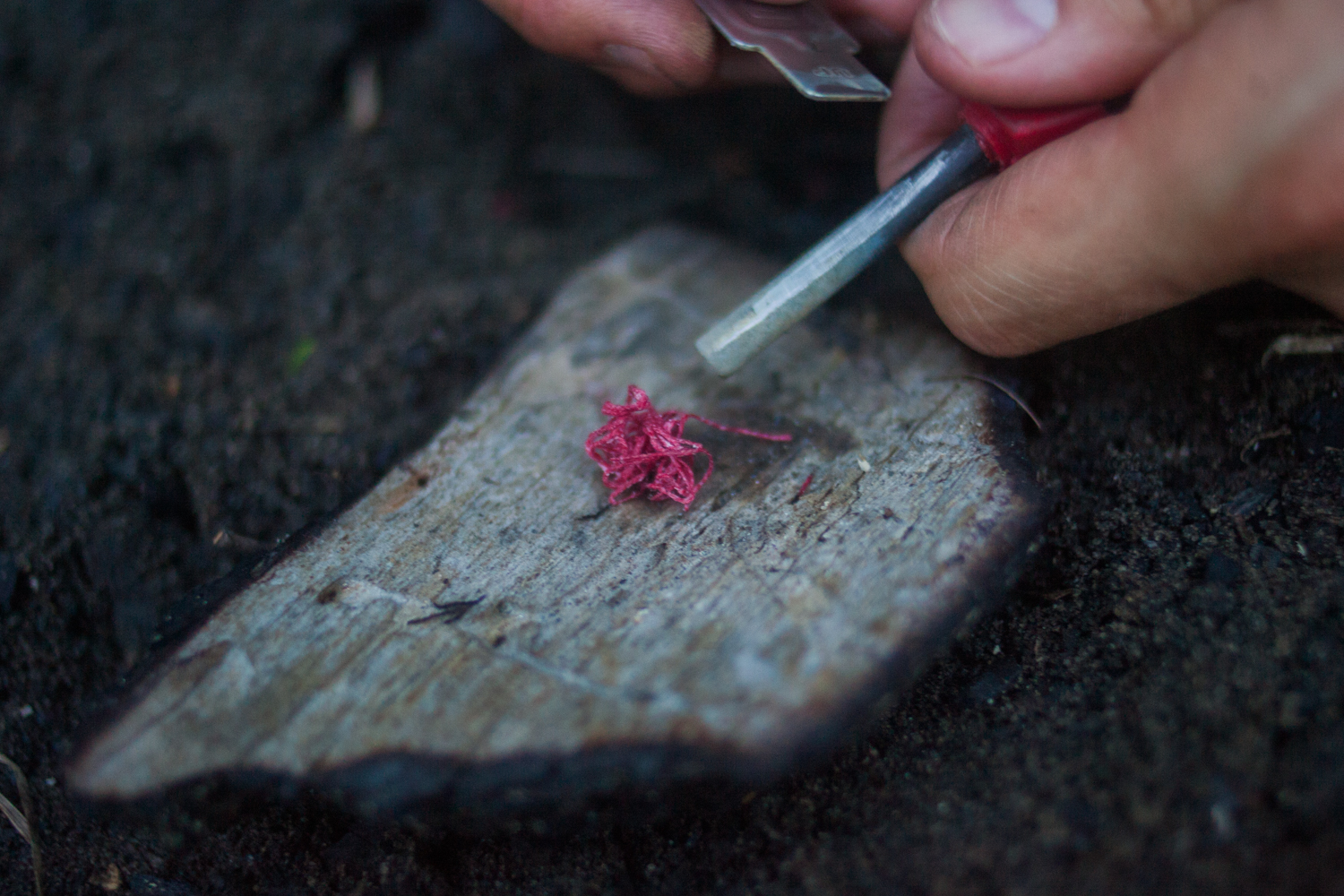 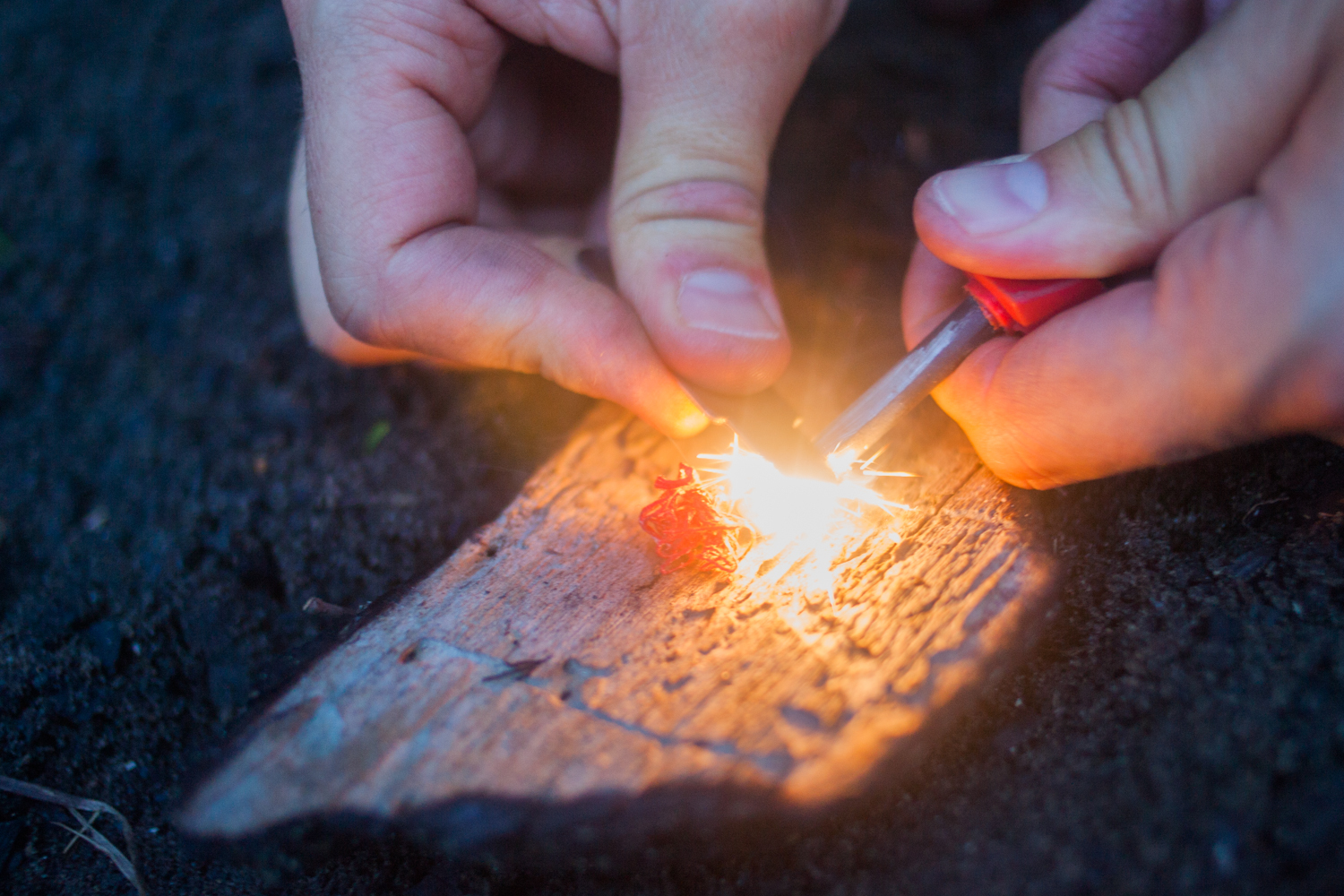 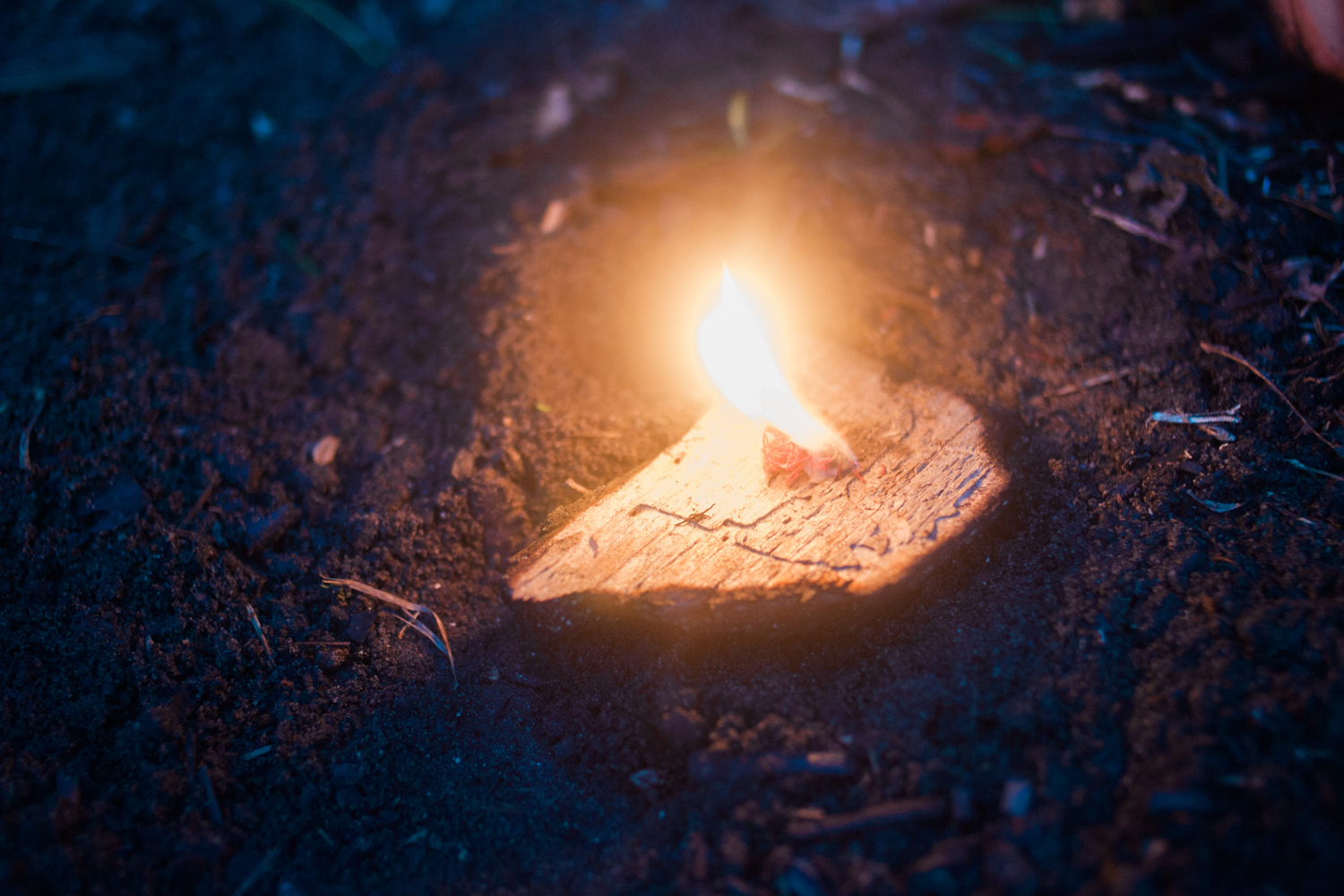 There's a reason that over 95% of the 40+ reviews on Amazon are 4 or 5 stars! It's a solid paracord, and I managed to light its tinder core in a few minutes, while fiddling with both the tinder and a camera. (I was never a boy scout and I consider myself a greenhorn when it comes to bushcraft, so I'd say this is a win.) The flame lasted long enough to transfer to a tinder nest, so I feel pretty confident that I'd be able to get a fire started with it. 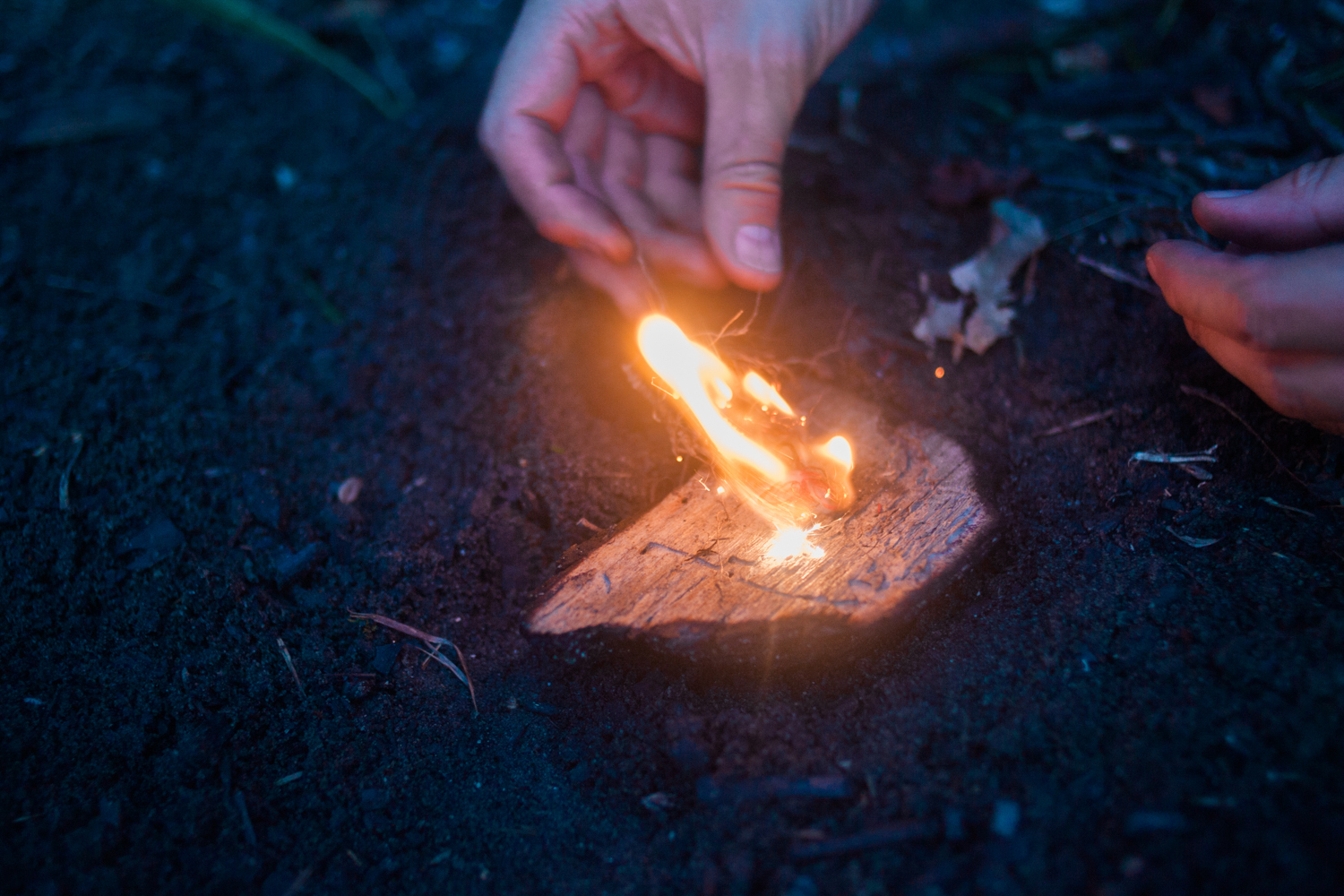 JoelSelby
Joel Selby is a storyteller and illustrator who lives with his wife, daughters, and cats in central North Carolina. His current side projects include renovating a humble ranch on a half acre in the county and pursuing the perfect pizza. You can email him for freelance[...]
Next Post
backpacking campfire camping diy fire manmade-original manmade-recommended outdoor