This is the best turkey stuffing recipe ever. There. I said it. 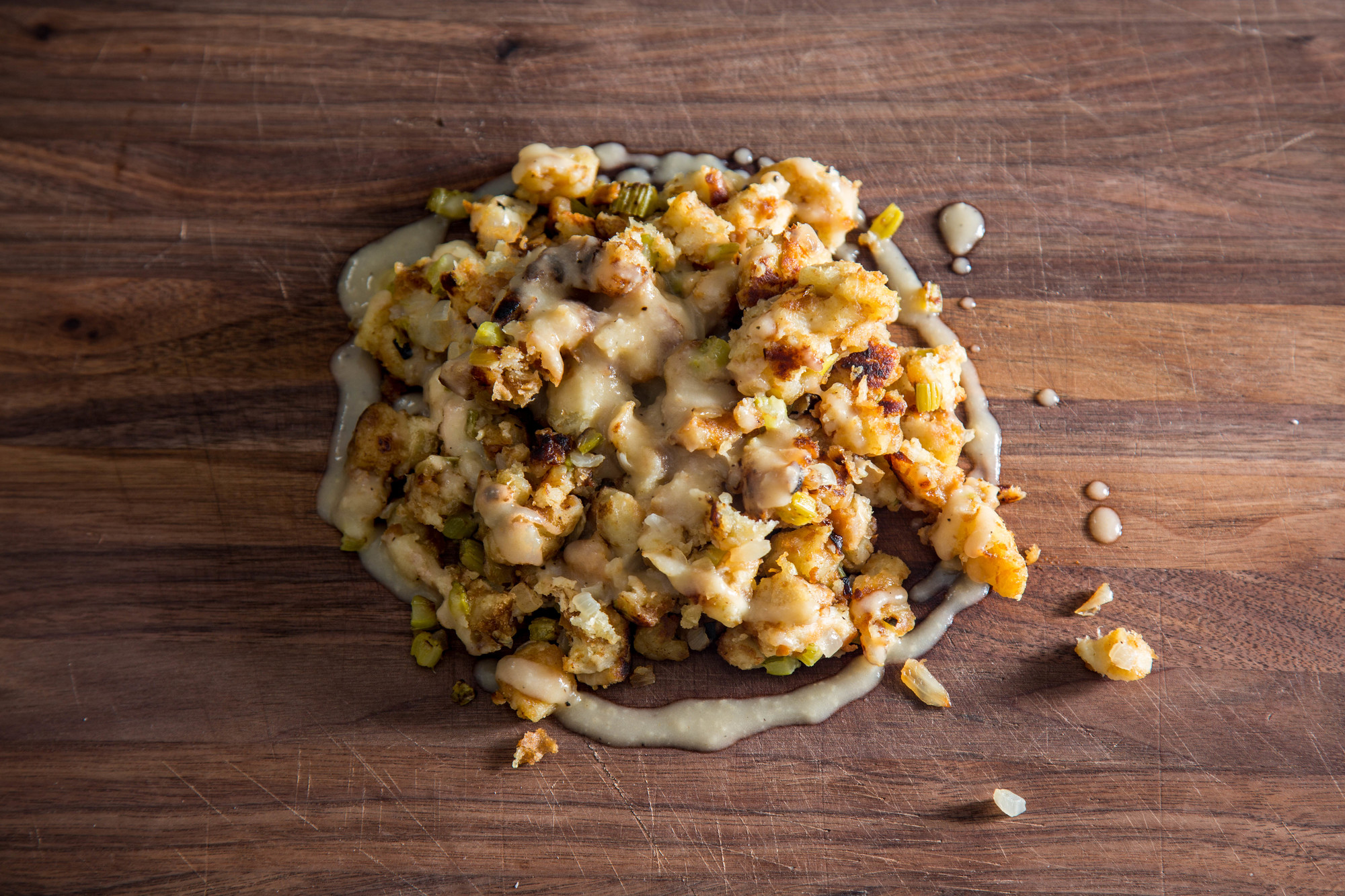 Premise #1: stuffing is the greatest thing on the Thanksgiving table.
Premise #2: My mom’s German stuffing is a tradition, and amazing.
Premise #3: It’s also incredibly easy to make and super versatile.

It’s the holiday season here on the show and today we make German Thanksgiving stuffing, a family holiday recipe with Mom. She makes it the best and she’s gonna make sure we do it right. This is one of my favorite traditions, and is one of the simplest holiday recipes. You’ll be blown away by how tasty it is. Mom and I are happy to share it with you.

What makes this German? We’re not quite sure. But what makes it unique is that the stuffing is cooked twice – one in a pan, and then again in a dish in the oven. That’s the secret to the amazing texture and flavor. Let’s go.

Ingredients for the Best Turkey Stuffing Recipe Ever

This recipe serves 5-6 people. If serving 10-12 people, then double this recipe. 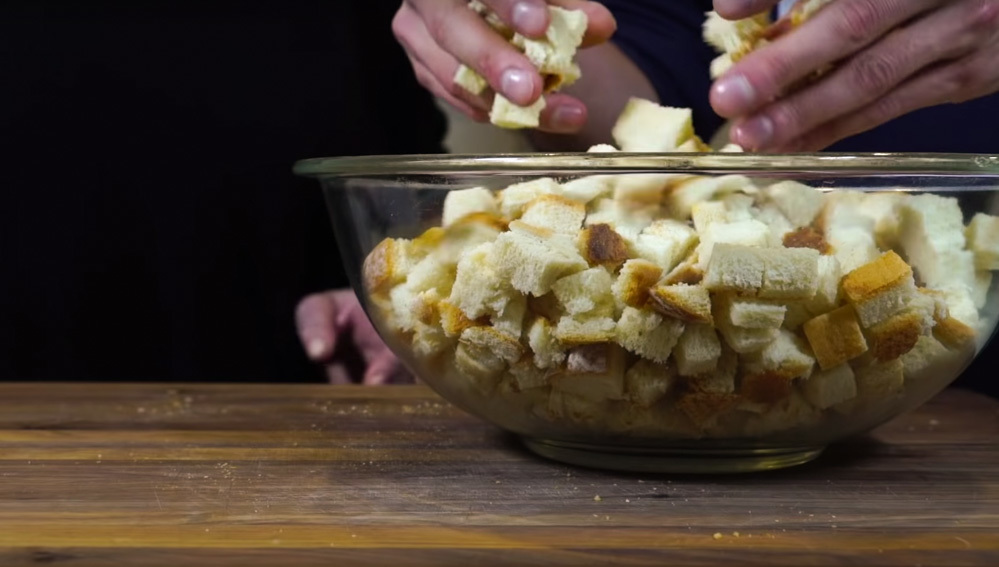 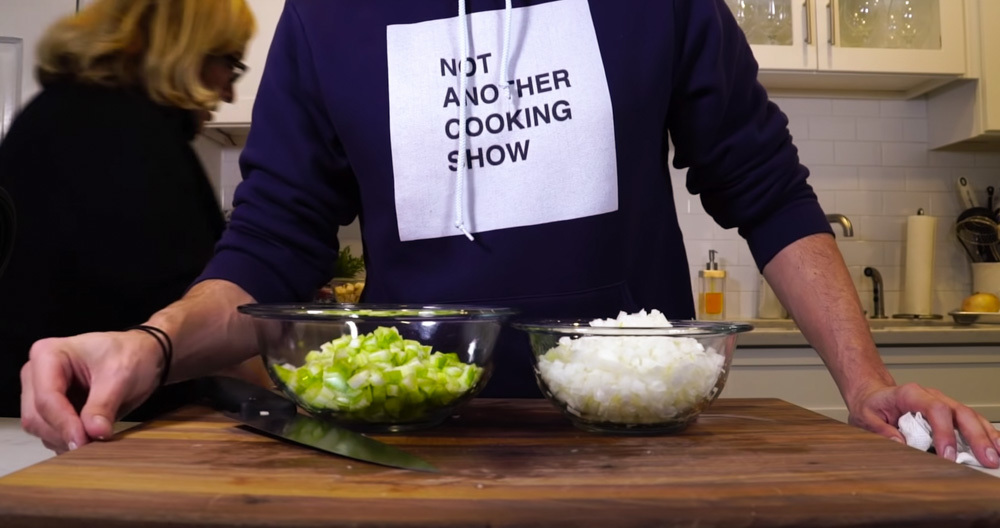 2.Preheat two nonstick pans to the stove over medium-high heat. Dice the onion and celery into similar sizes as the bread. Add a tablespoon of butter to each pan, then cook the onions in one and the celery in the other until they are softened and starting to brown around the edges. Butter is the key to this recipe, so add a knob of butter once or twice during the cooking process. If you choose to use gizzards (and you should), saute them with the onions. 3. Once cooked, add the onions and celery to the bread and mix up to evenly distribute. 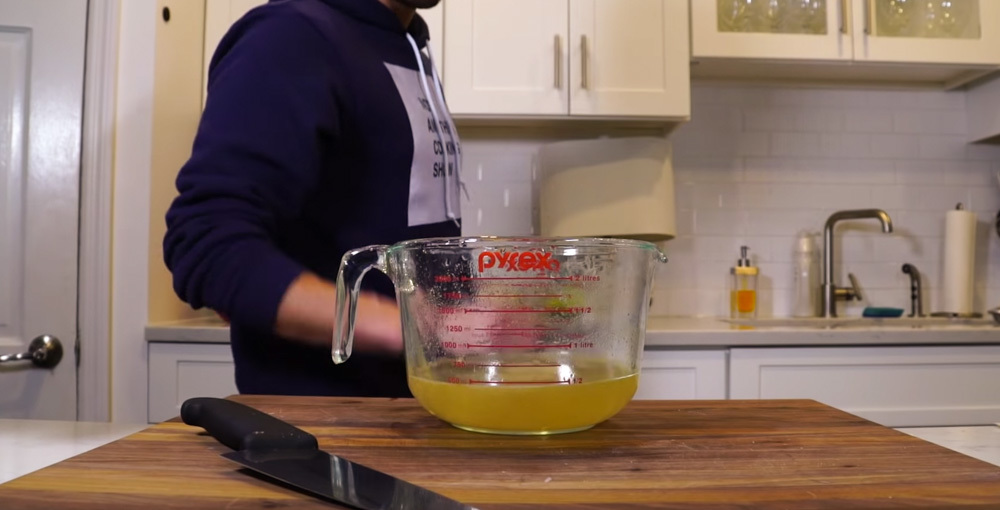 4. Now make the broth, which consists of 2 cups of warm water and 1 box or 6 packets of the Washingtons Golden seasoning and dissolve in the warm water. It is delicious. Trust me. 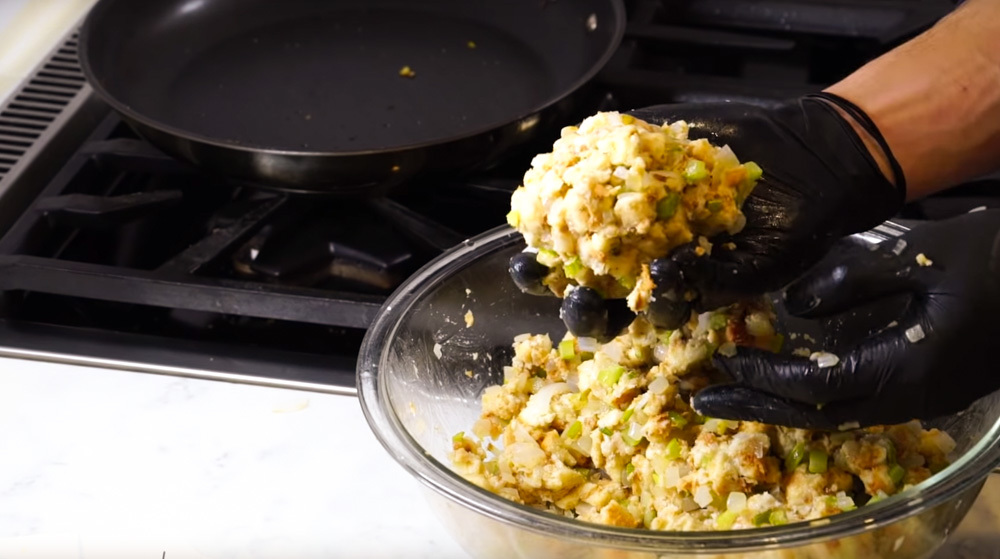 5. Add the broth to the bread mixture and mix until it is moist enough to stick together. Add it in small amounts at a time until you get the desired texture. Don’t be scared to use most or all the liquid, You want the stuffing to be moist after its cooking and then baked. The onions bread and celery should be a homogeneous mixture. You should be able to form it into clusters. 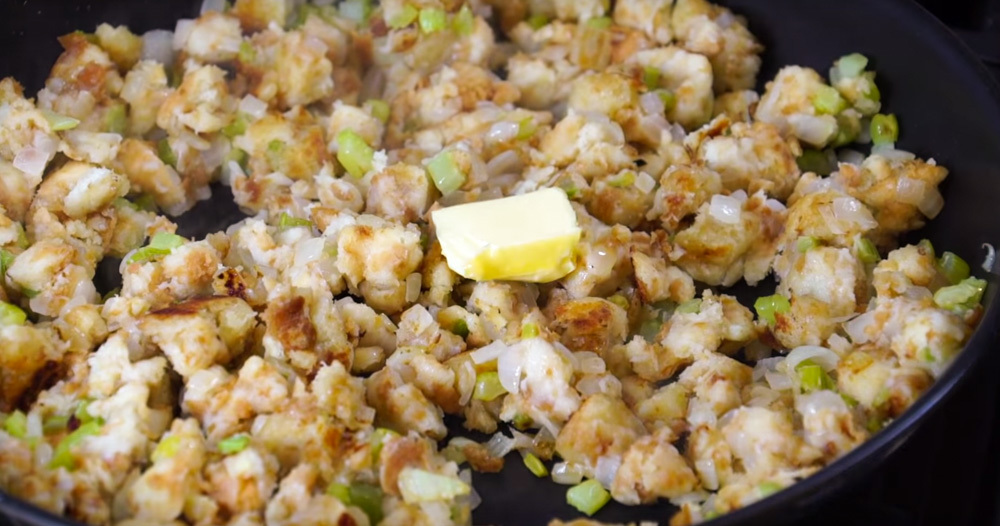 6. Now in the same pans, you used for the vegetables, add more butter back to each pan and preheat on medium-high heat. For Thanksgiving you’re going to have a lot of this to make so using two pans and cooking in batches is your best bet to speed things up. Cook the stuffing until it begins to brown and dry up on the exterior, again, adding plenty of butter to help it brown. 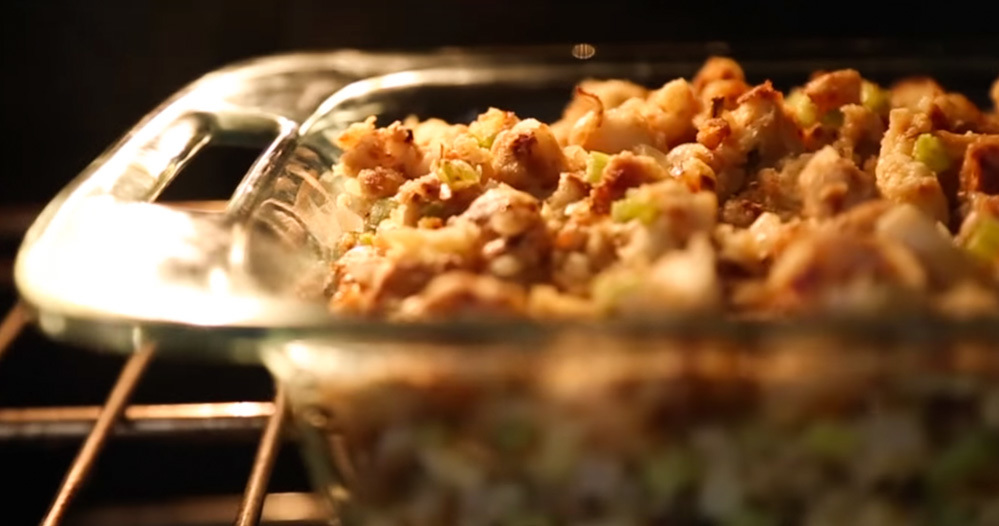 7. Once you like the color on the stuffing, transfer it to a Pyrex baking dish. At this point, this all can be done the night before Thanksgiving. You can cover it now and put in the fridge and then all you have to do the next day is to reheat it in the oven at 350-400 degrees, covered, until hot, then remove the cover to crisp up the edges and form a browned crust on the stuffing. Just take it out before reheating about an hour ahead of time so it can come up to room temperature and again, quicken the reheating process. Will take about 45 minutes at least. 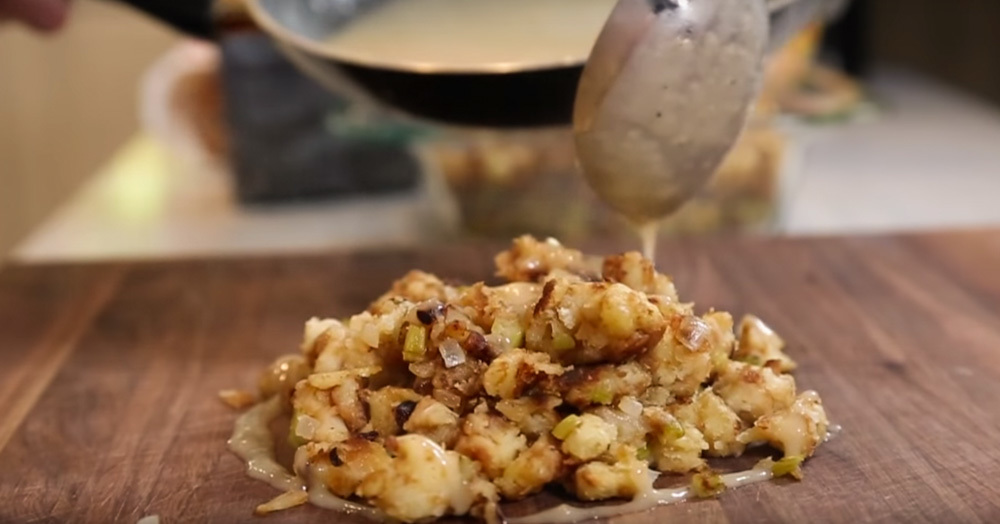 If you are cooking if all at once, then you won’t have to cover it, you can simply bake it in the oven at 350-400 degrees for about 15-20 minutes, or until crisp around the edges and browned all around.

That’s it! The best turkey stuffing recipe ever. Serve it up with some gravy and you’re in for a treat you won’t soon forget.

For more simple, technique-based food ideas, follow Not Another Cooking Show on YouTube. You’ll be seriously glad you did.

Steve
Host of Not Another Cooking Show
Next Post