Growing up, I was always the kid with my head in the clouds (I'll admit I've been called a “space cadet” more than once) but my actual interest in the objects outside of our atmosphere didn't launch until I fulfilled my college science credits with two semesters of astronomy. It was one of my favorite classes of all time: learning about different planets and galaxies, observing the moon through powerful telescopes, and—shockingly for an artist—working the calculus of space physics. These days, I dip my toes into the pool of astronomy with a set of apps.

I. Space Photos, News, and Info

If you're interested in the latest goings-on and plans for the future of space exploration, check these out. We've also included the best free moon information app for keeping tabs on our largest natural satellite. 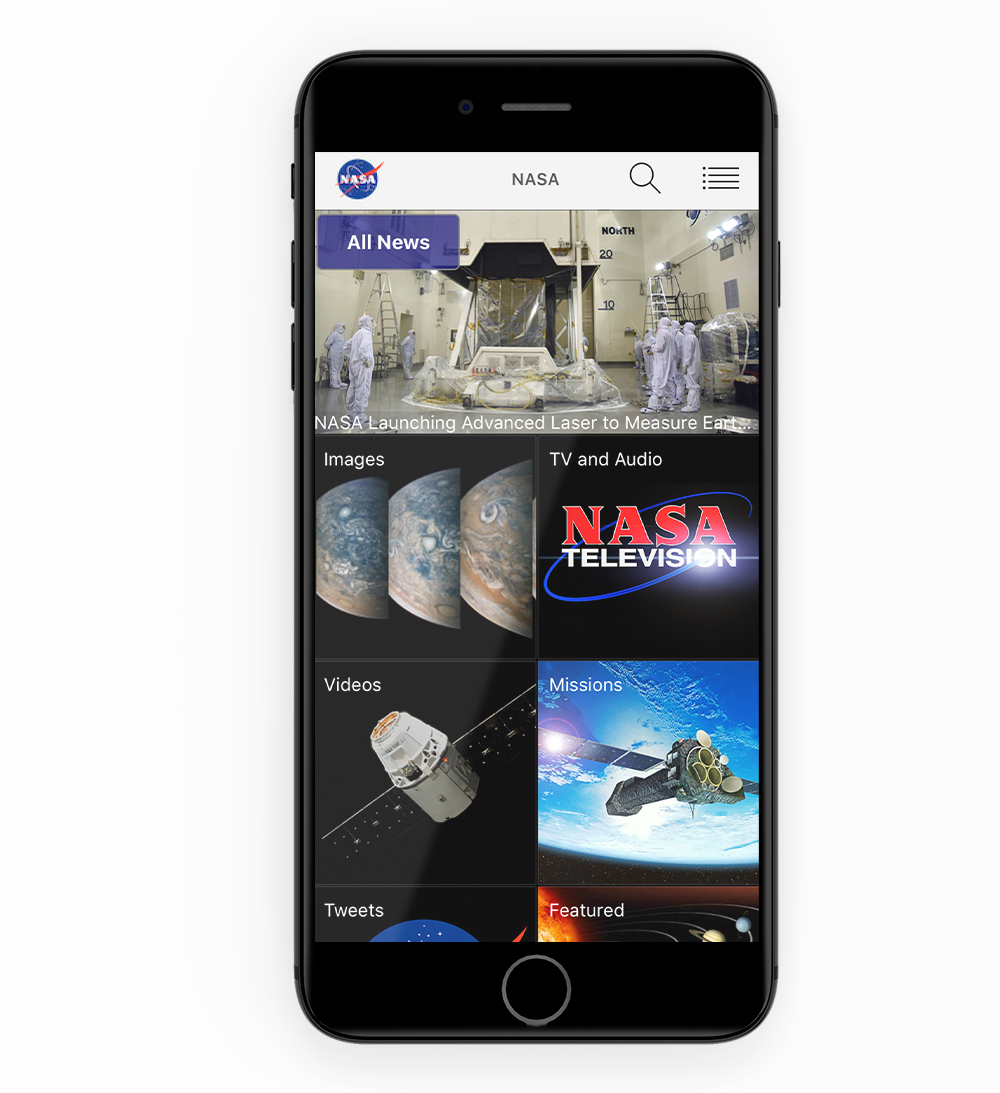 If you're looking for a good all-around space app, NASA's main app is a good place to start. They've got a wealth of information about elements in the solar system, past space exploration missions, and latest space exploration news. My favorite features are the International Space Station live webcam feed (TV and Audio > ISS Views) and interactive, detailed globe-style renderings of the solar system's planets (Featured > Our Solar System and Beyond). 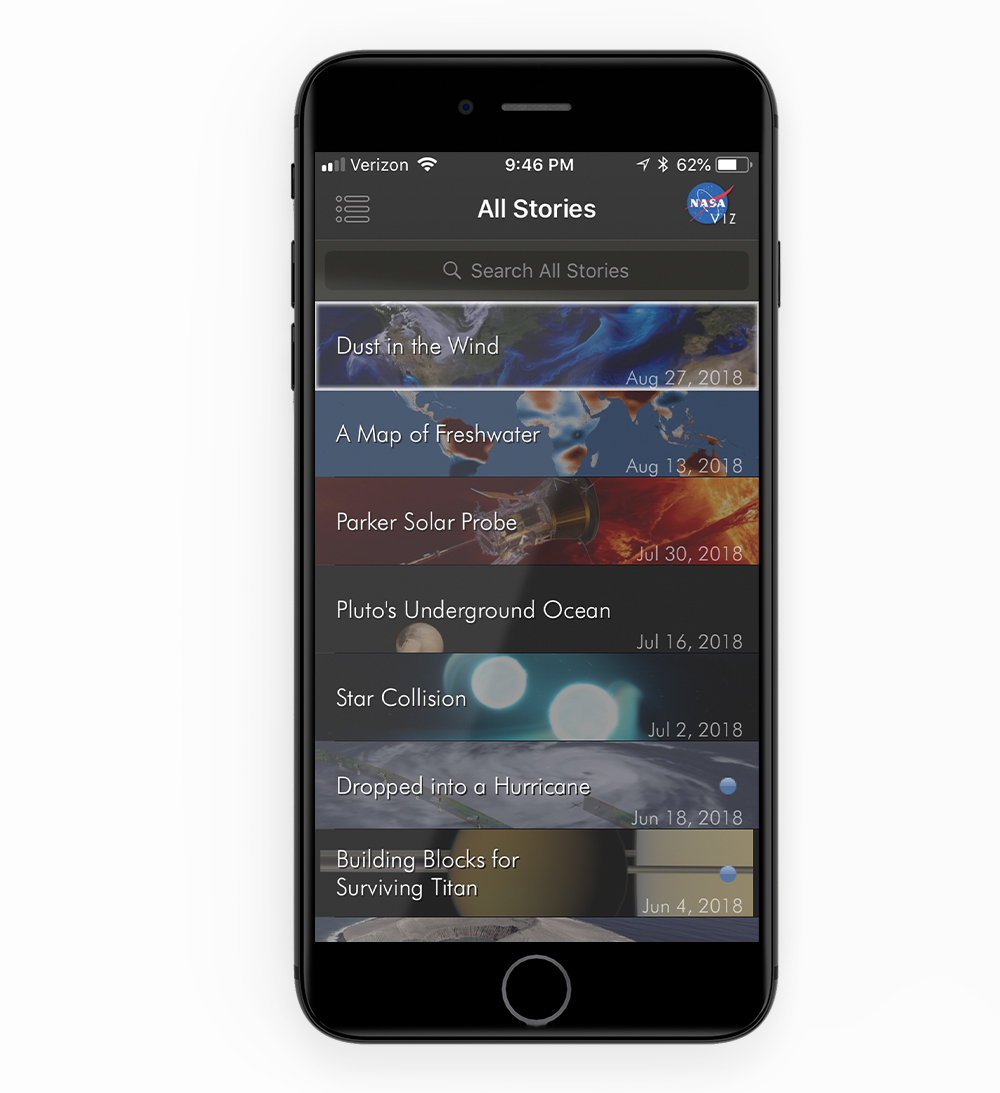 If you geek out over the discoveries that the scientists involved in space exploration make every week, be sure to follow NASA's vertical-scroll newsfeed, where you'll be treated to a few paragraphs and five or six images per story, several times a month. You have a choice of a comprehensive newsfeed covering all topics, or you can filter your stories into topics you're interested in: the earth, planets and moons, the sun, and the universe beyond our solar system. 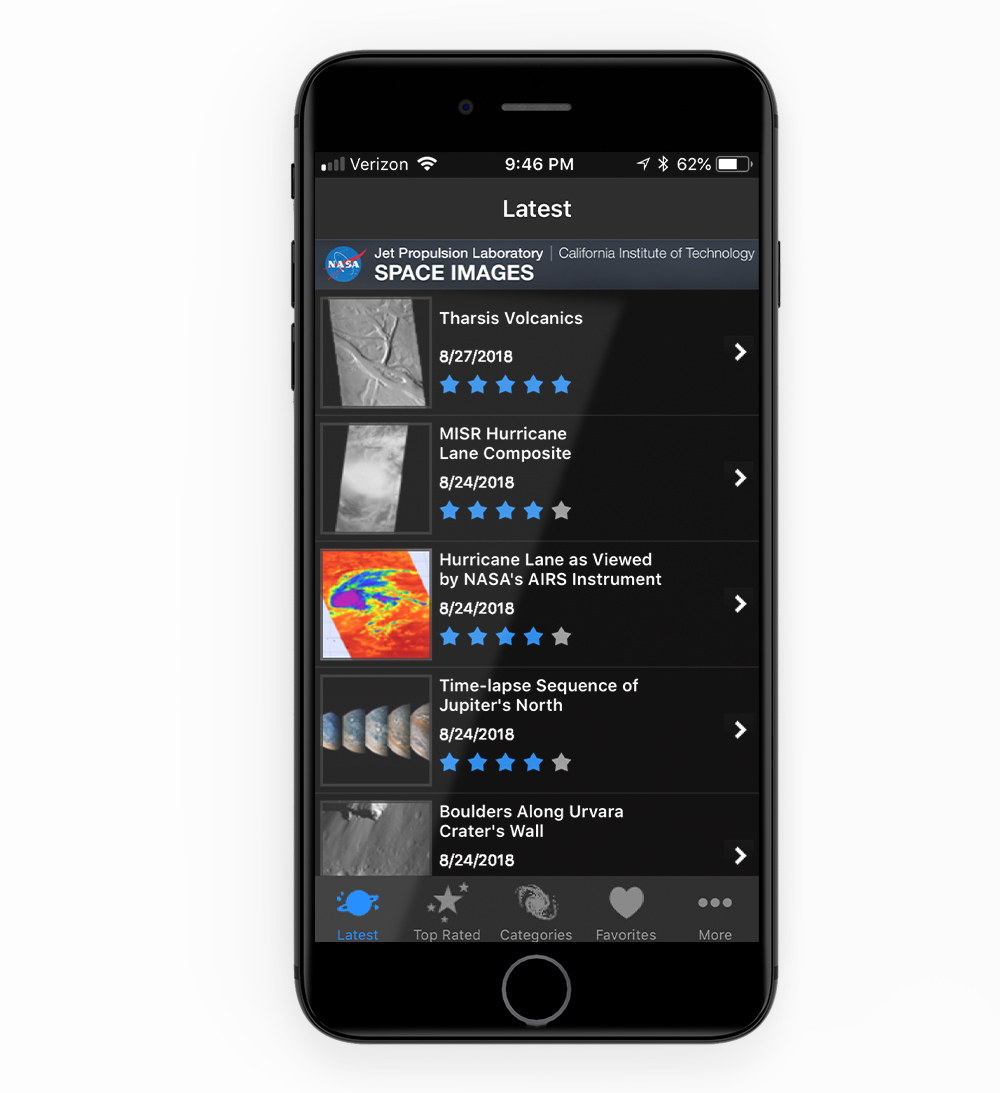 Think of this app from Cal Tech's Jet Propulsion Laboratory as Instagram… for SPACE. Throughout the week you'll get 10–12 sweet photos from observatories and spacecraft, along with brief descriptions and where the photos were taken. 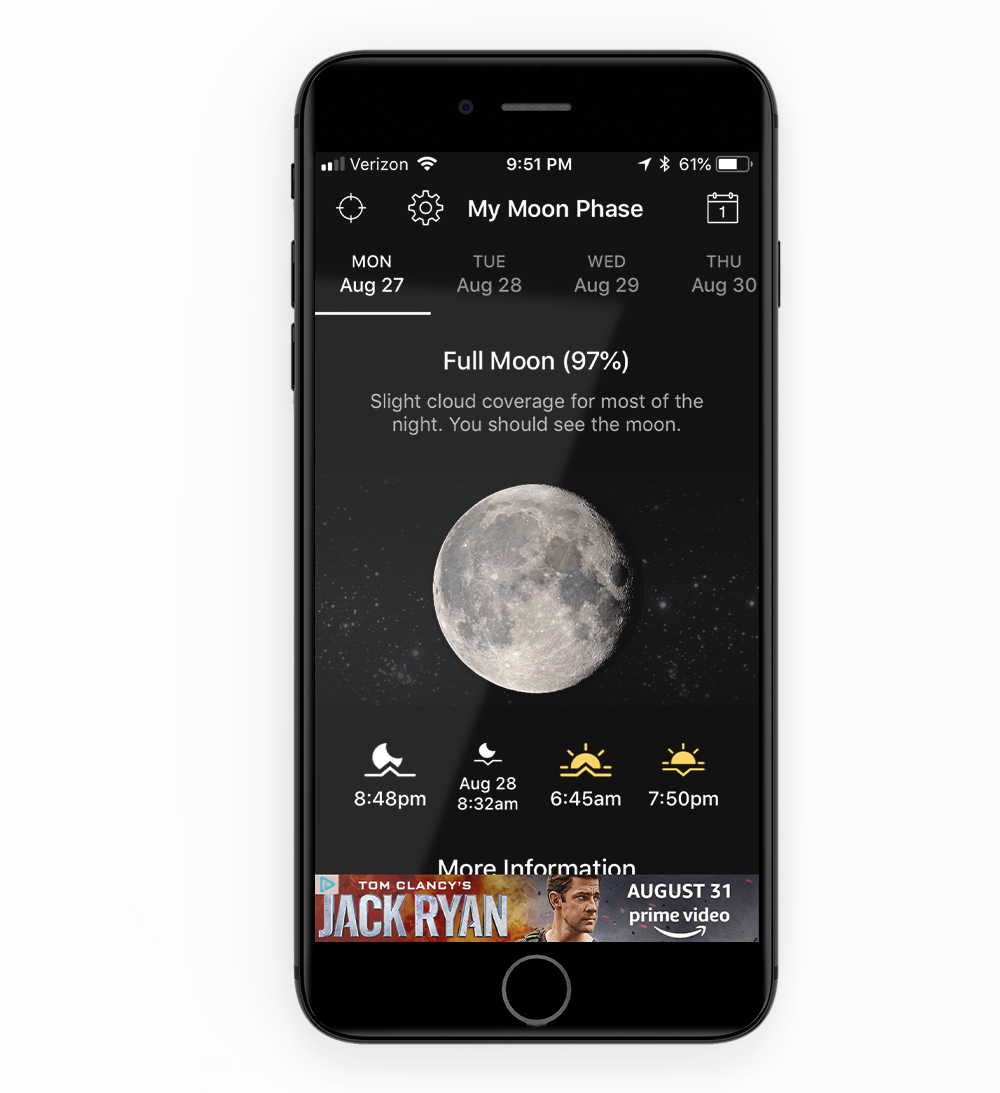 If you're a moon watcher, My Moon Phase is a great app for telling you everything you need to know about observation. Beyond just the current moon phase, you'll also have rising and setting times for the moon and sun and as a bonus, your daily golden hour window—that period of time just before sunset when even a photo of a rotten banana is a thing of beauty.

If you want to do your own astronomical observation, you'll first need an atlas (#5) and then some guides to help you identify the objects in our sky. 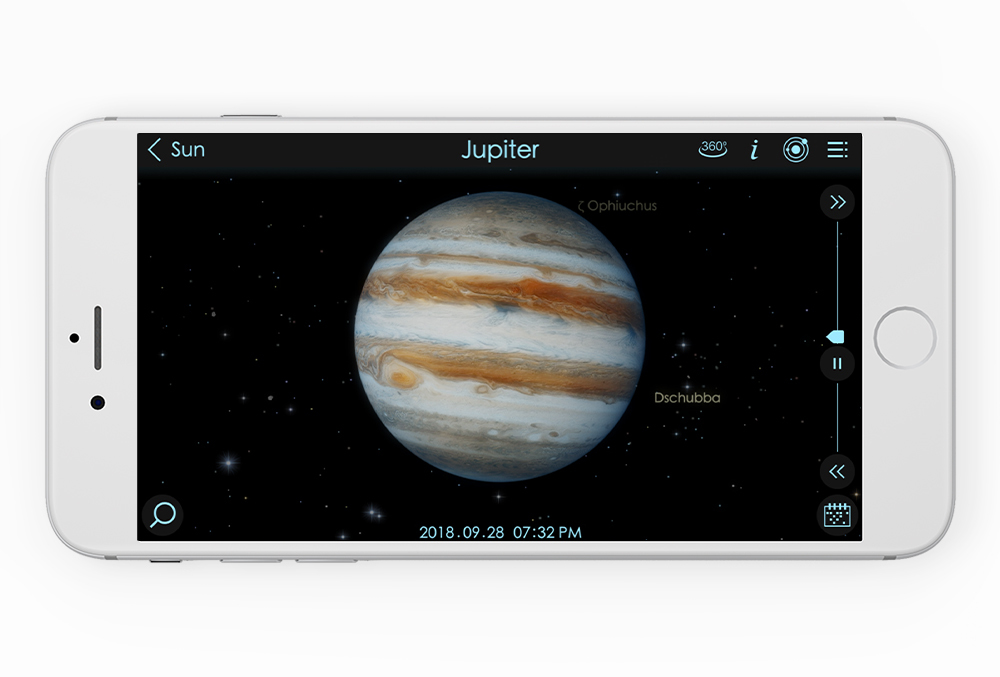 I can't say enough good things about this crazy app, and I have a hard time believing it's free. It's an interactive, animated 3D map of the entire solar system in beautiful detail. When you search for objects in the solar system, you zoom out to get a bird's eye view orientation of your location, then zoom back in to your chosen object. Not only do you get to zoom in close to your object for observation, but you also get to see it accurately rotate, with the option of speeding up or slowing down your timeline. Every object has its own extensive encyclopedia-style information section, presented in a sleek, easy-t0-read interface. 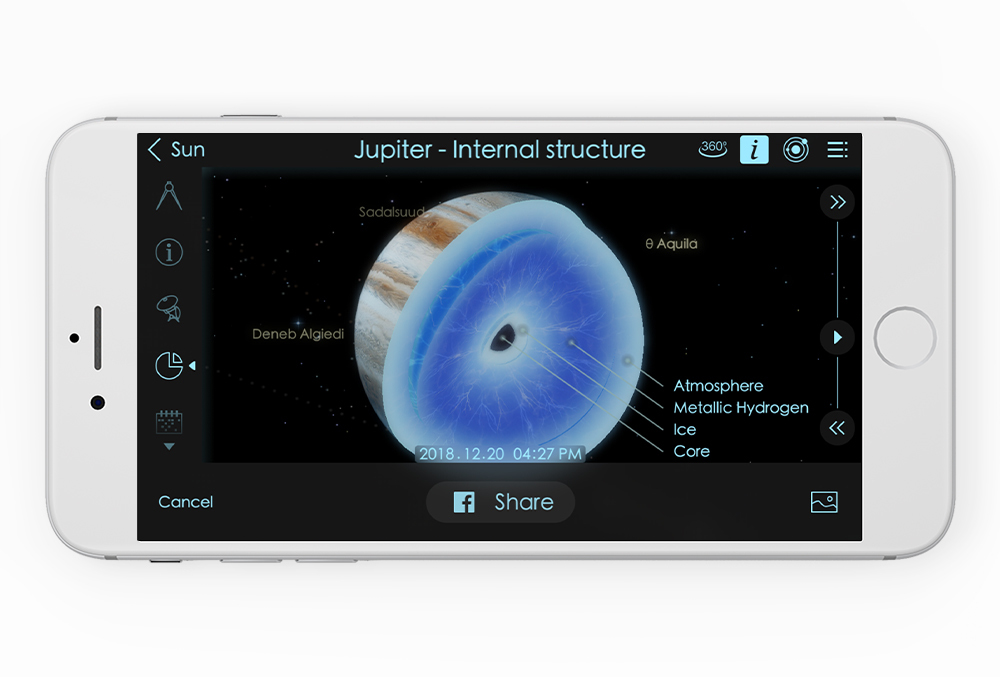 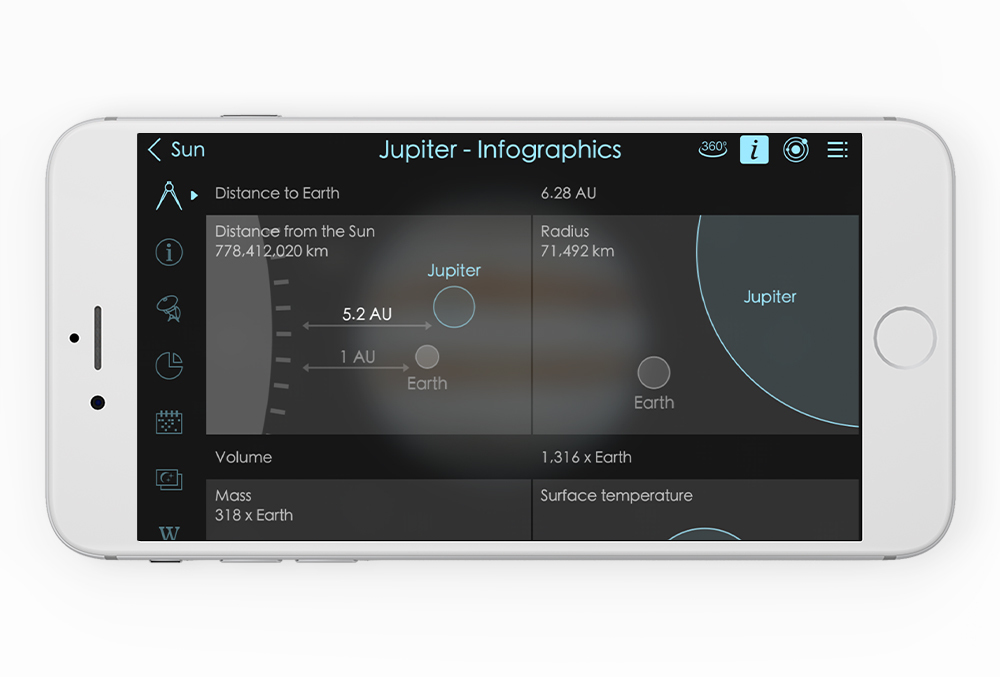 The paid version of the app gives you access to 3D models of spacecraft and dwarf planets, asteroids, and comets. It's currently $8.99 for lifetime access, which to me is a complete no-brainer. 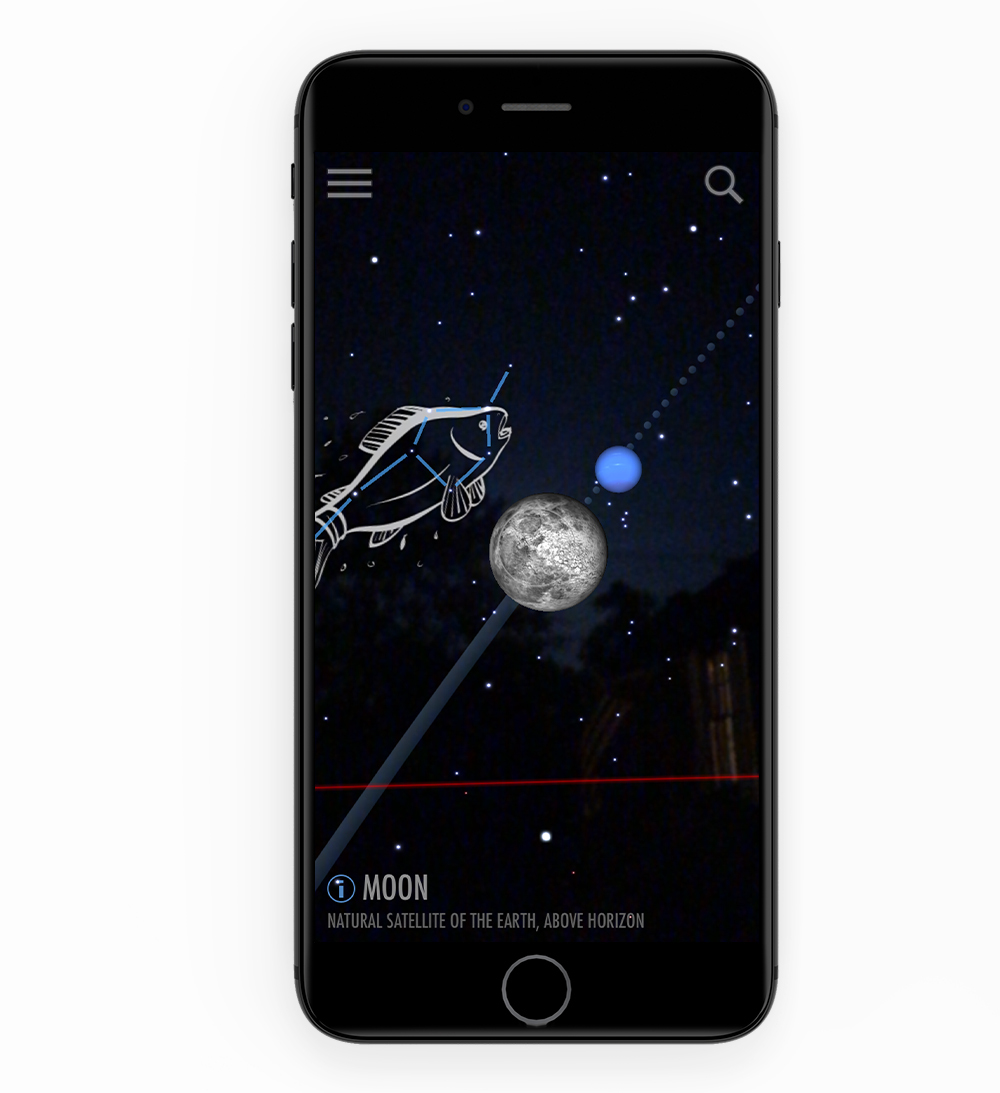 This is a really nice constellation observation aid. It's set up augmented reality-style, so you can point your phone's camera anywhere and see objects in space where they appear in relation to your surroundings. Constellations show up when you hover over them, and you can tap any object you find for more information. There aren't just stars and planets, either—you can also discover and read about satellites orbiting the earth, as well as bits of space junk in the form of body pieces of former rockets. 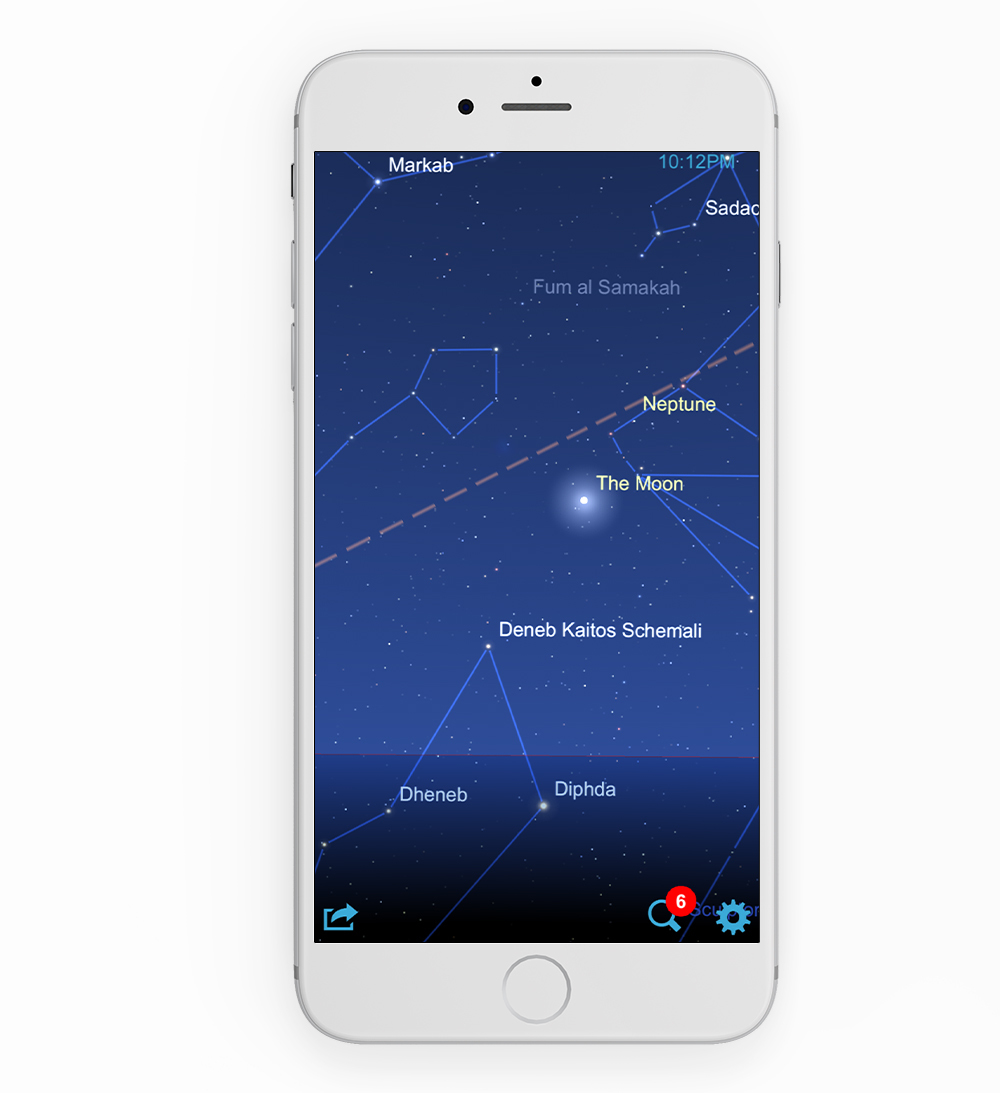 This is an interactive constellation observation aid like Skyview, but minus the camera view behind the space objects. The cool thing about this app's observation window is that you can scroll around the entire night sky and zoom for a closer look, then give your phone a shake to re-center. 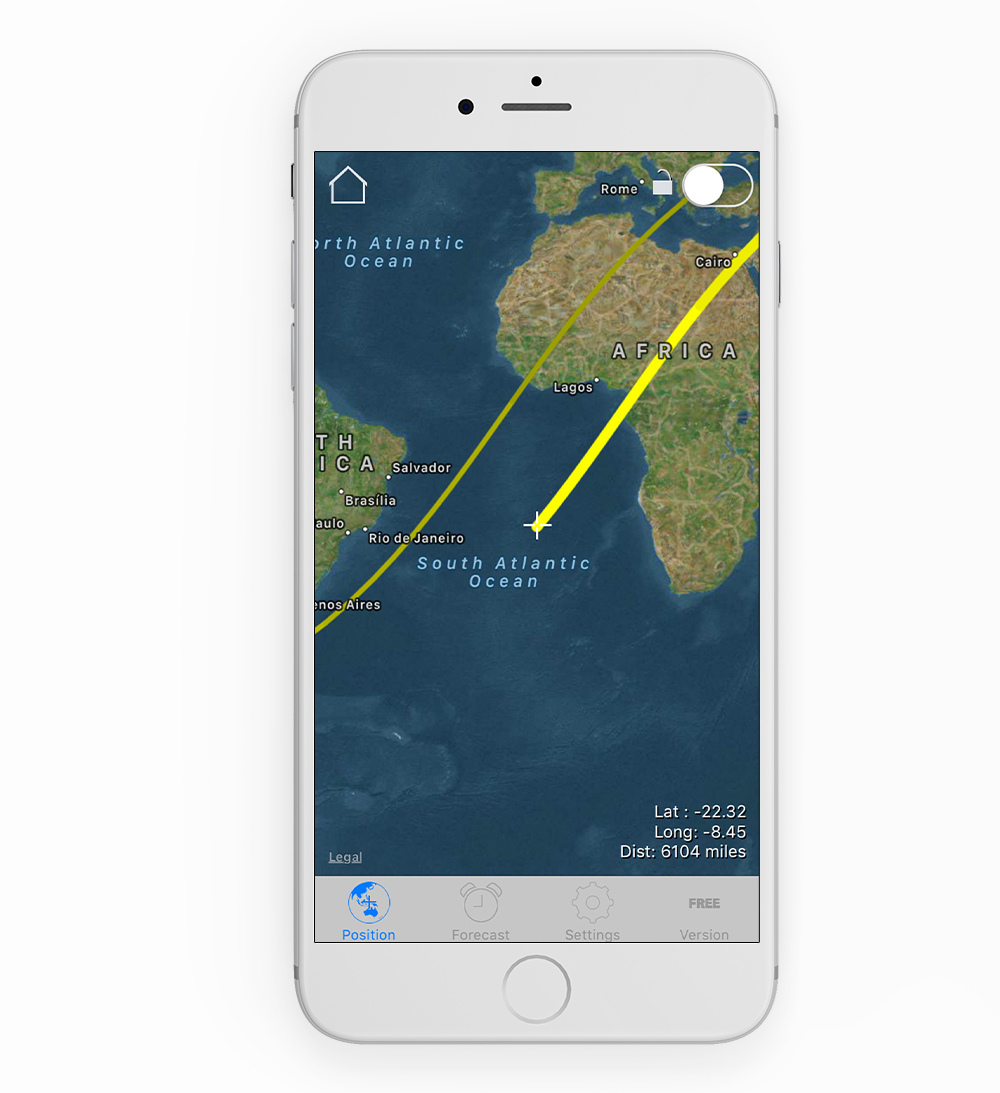 Did you know that you can actually see the International Space Station, with your naked eye, in the middle of the day? Me neither! It's orbiting the earth at nearly 5 miles/second (over 17,ooo mph), so it makes a full rotation around the earth every 92 minutes, which means you get an opportunity to see it in the sky multiple times a month. ISS Spotter show the station's current location over a world map and, with your zip code plugged in, tells you the date and time of its next available visibile passes, as well as its forecast location in the sky and relative brightness. 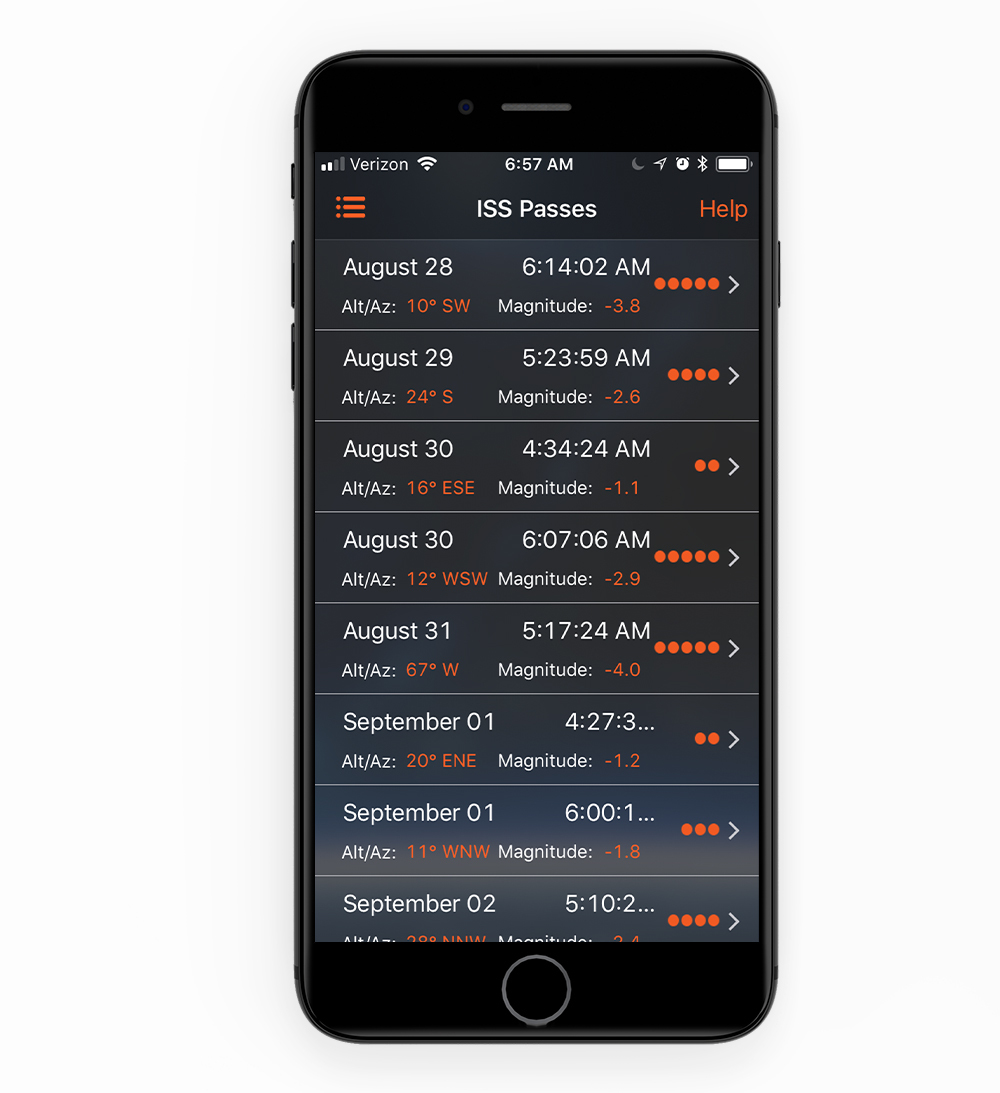 This is similar to ISS Spotter, but minus the map and with a sleeker interface. Same as ISS Spotter, you can set alarms to notify you when the visible pass is going to occur.(I honestly can't tell yet whether I'm going to keep ISS Spotter or PassFinder, so I included both.)

If you'd like to do some in-depth exploration, check out these interactive virtual globes, complete with in-depth labels. 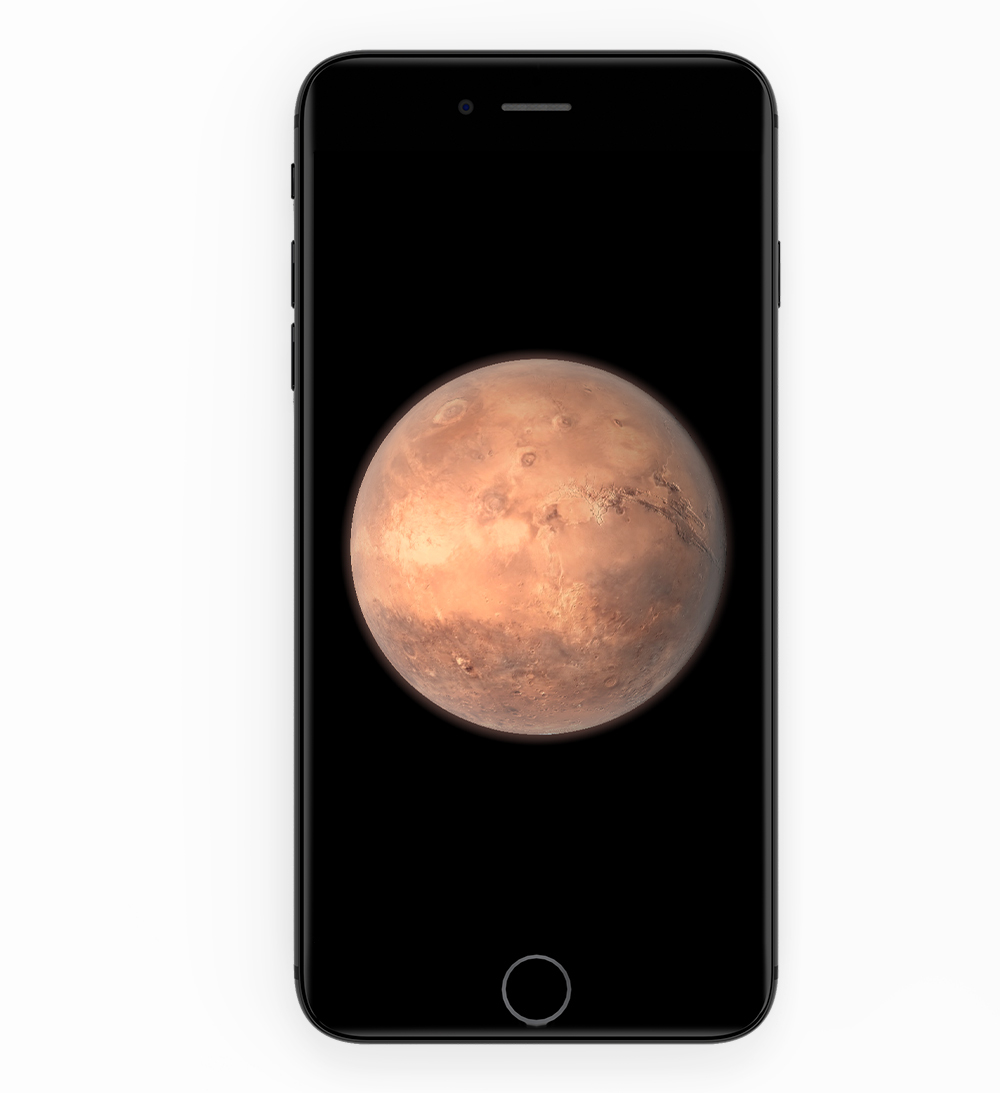 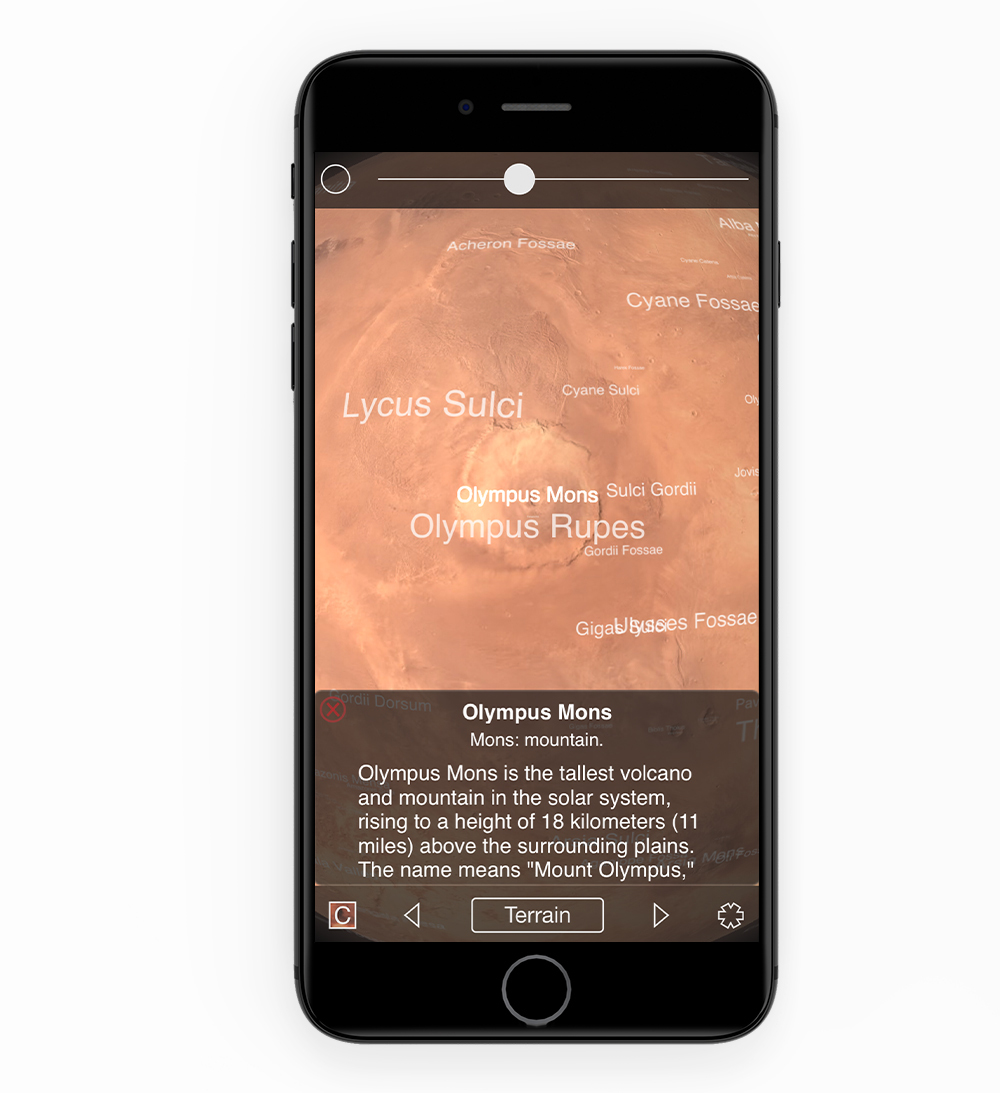 We're talking about sending humans to the red planet by the 2030's, but in the meantime, plan your Martian vacation with this Mars globe. Be sure to check out the gargantuan mountain Olympus Mons, which is so big it eats Everest for breakfast. 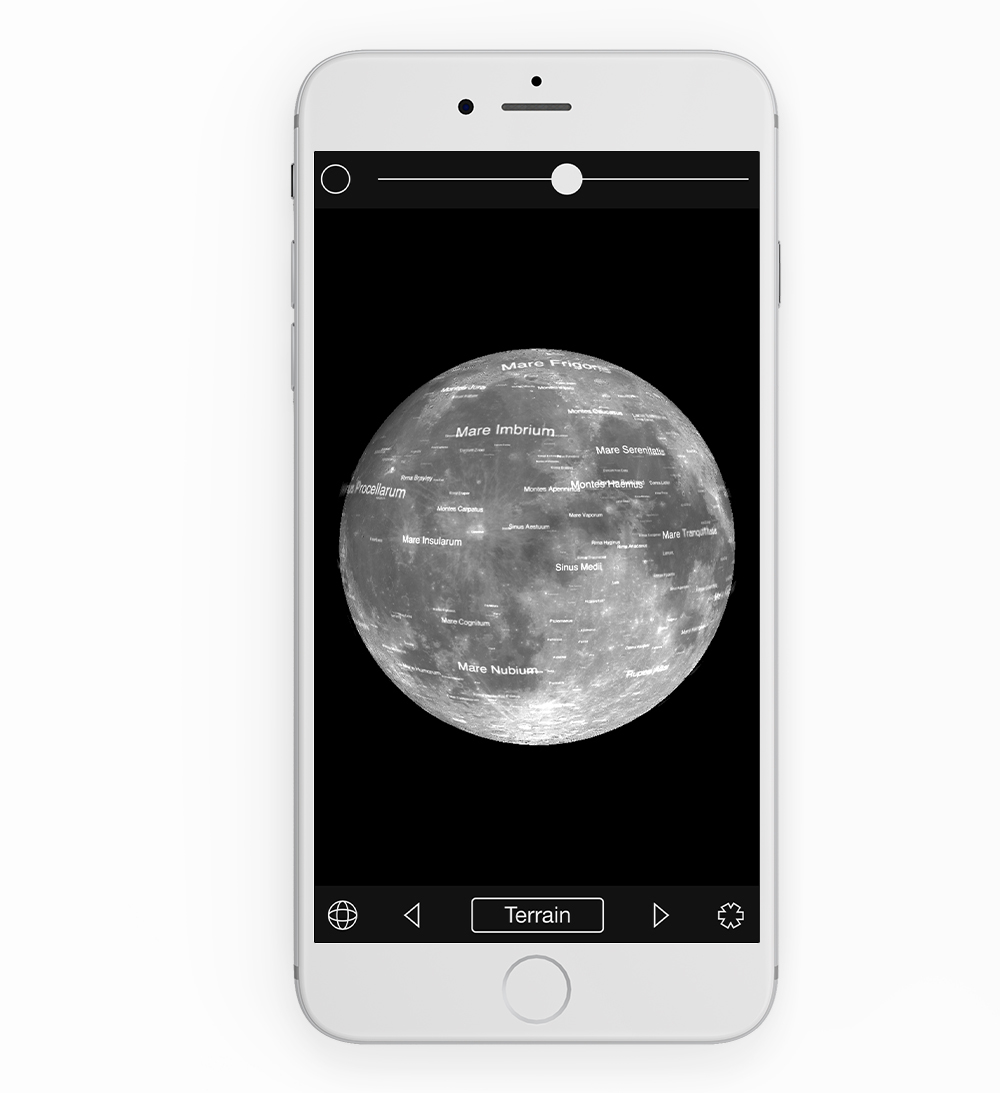 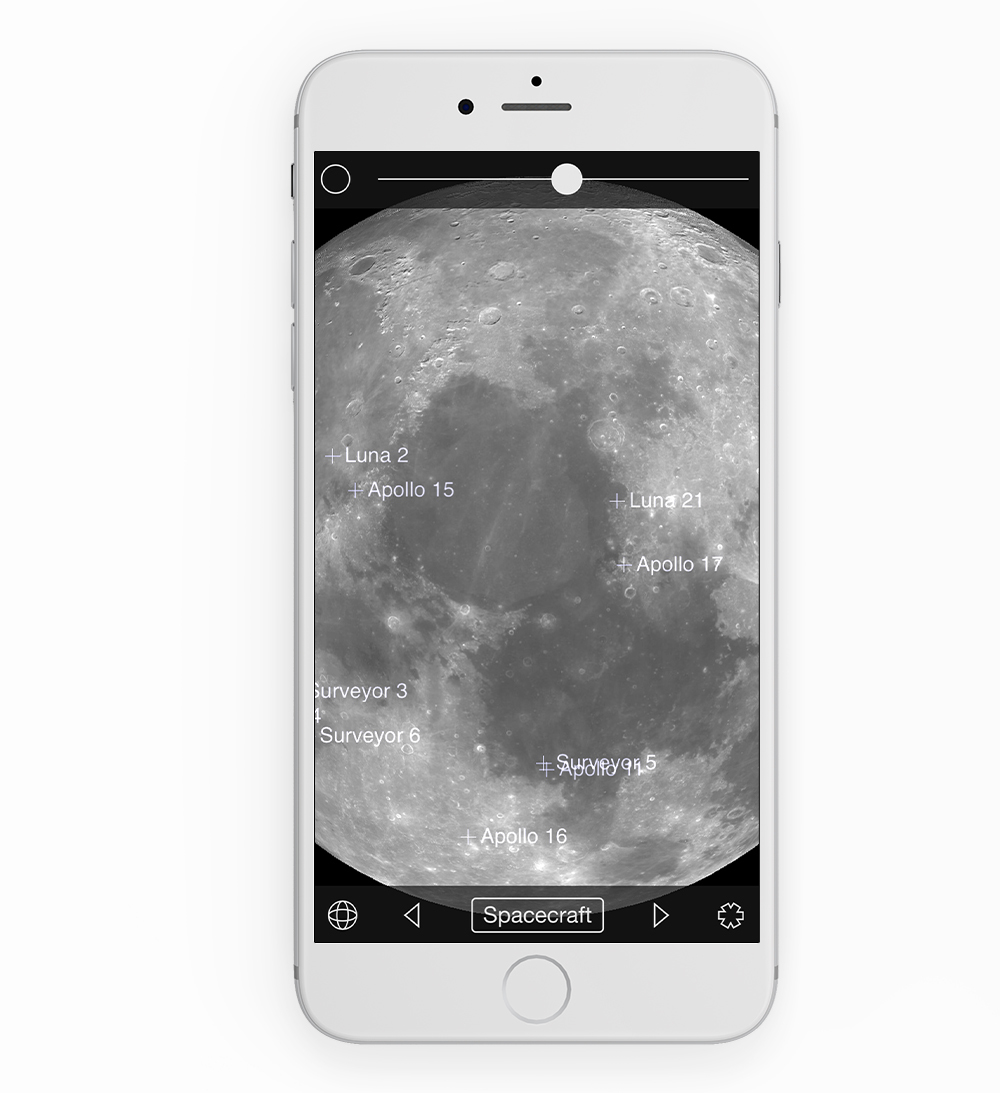 I am kind of obsessed with the moon, so I love this app. Have some fun toggling the labels—you can check out all fun names of the lunar seas and view the locations of the original manned moon missions. 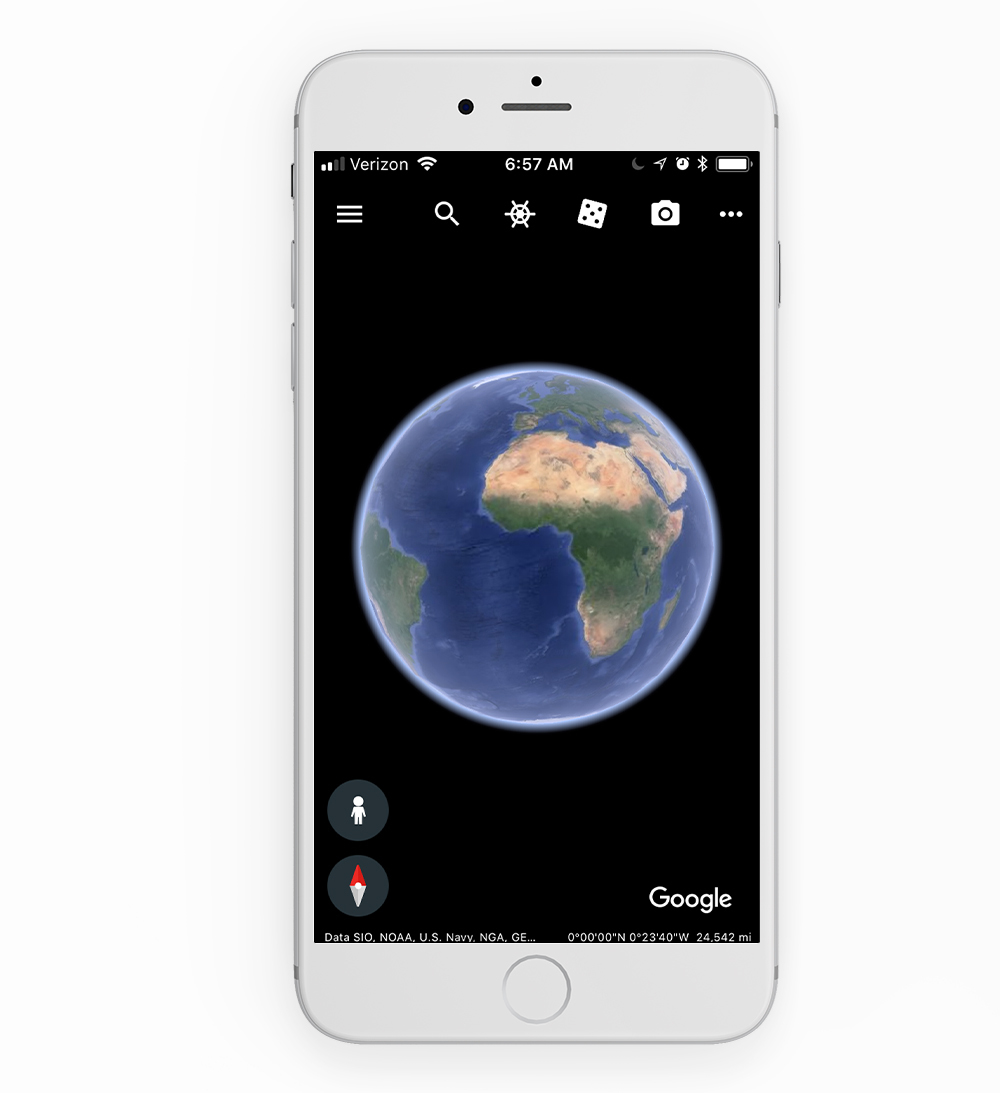 Hey, Earth is in space, right? Have some fun exploring our home planet with the most comprehensive atlas you'll ever come across. Check out your own house on street view, or—and this is the really fun part—use it to explore parts of the world you've never been to, like the admiring the colorful houses of Old San Juan, walking across the Abbey Road Zebra Crossing without getting creamed by a London cab, or staring down the massive Hoover Dam. 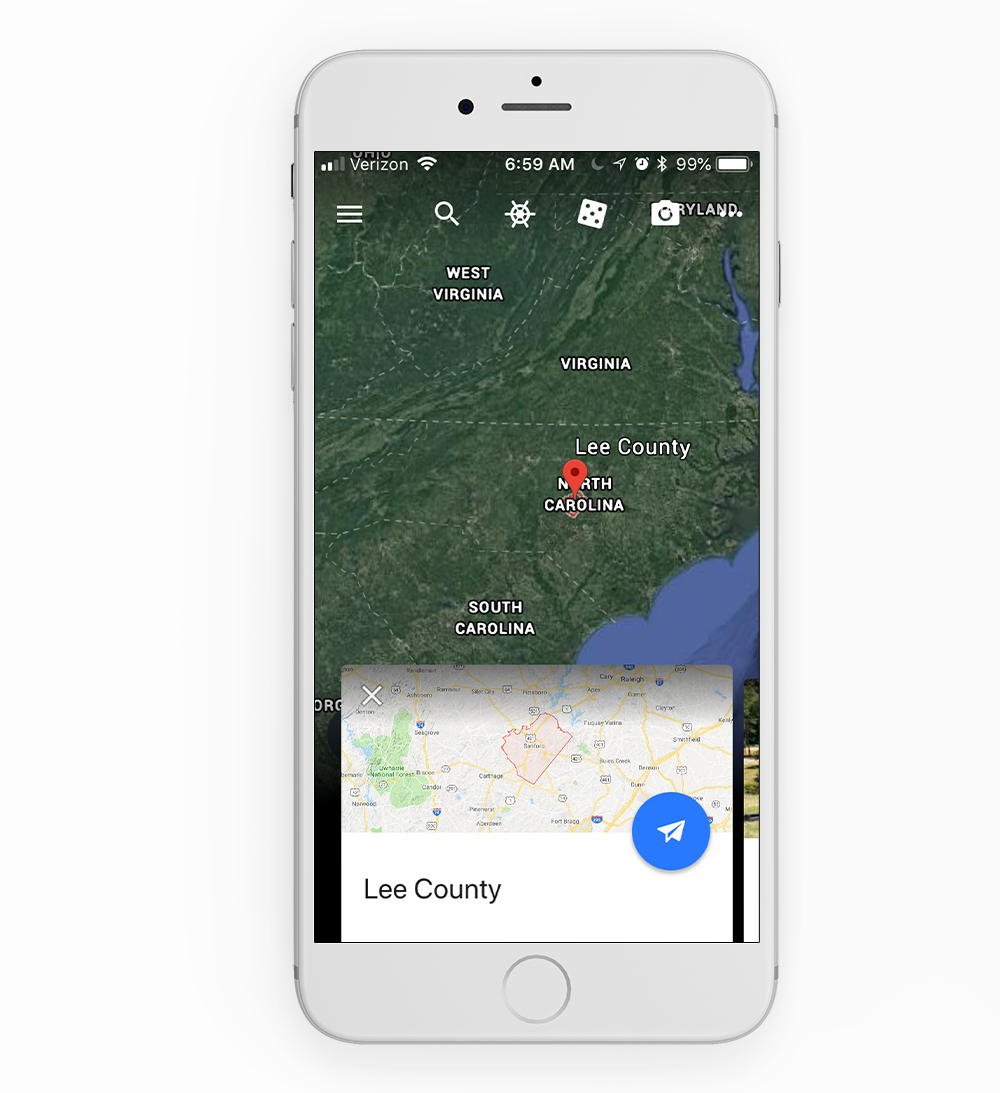 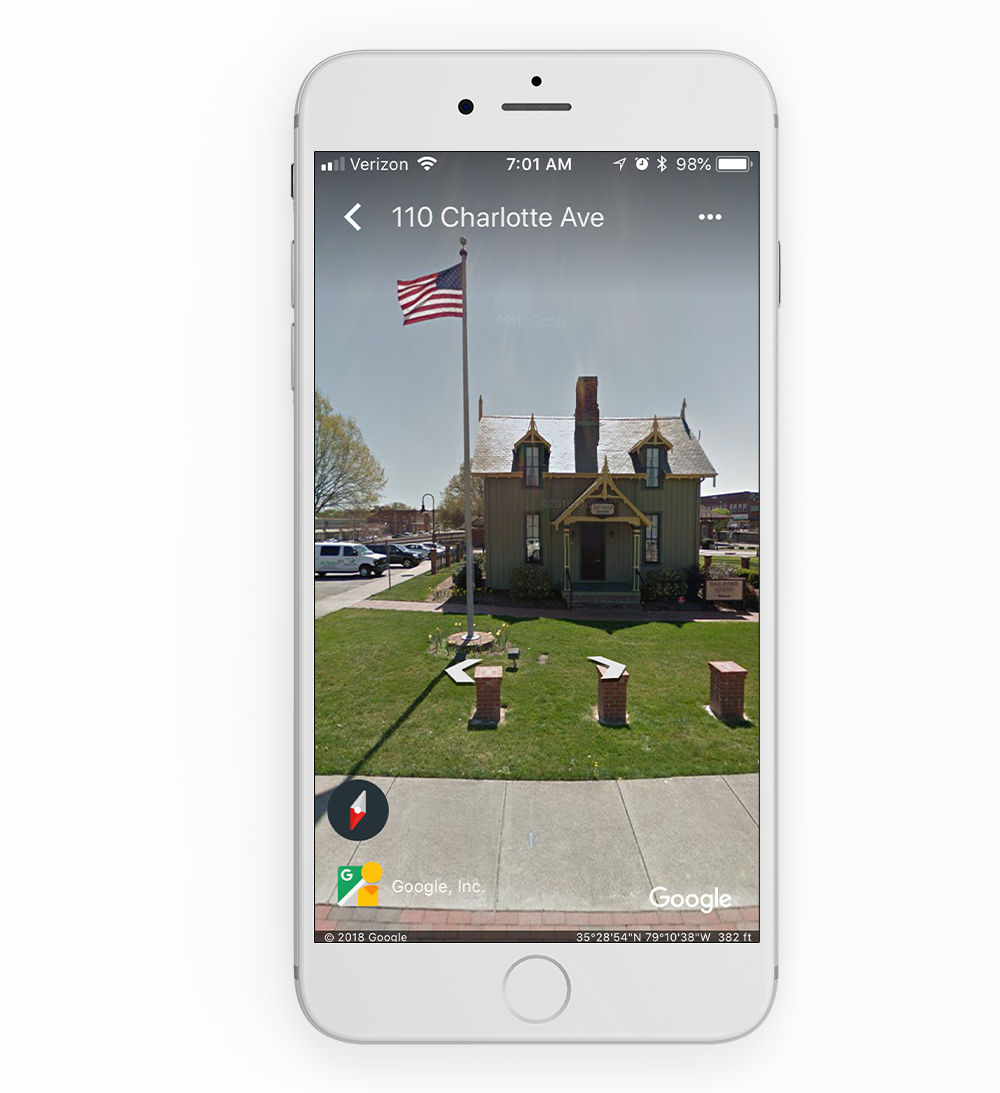 Finally, once you've exhausted all your space learning efforts, rest up with these space-related games. 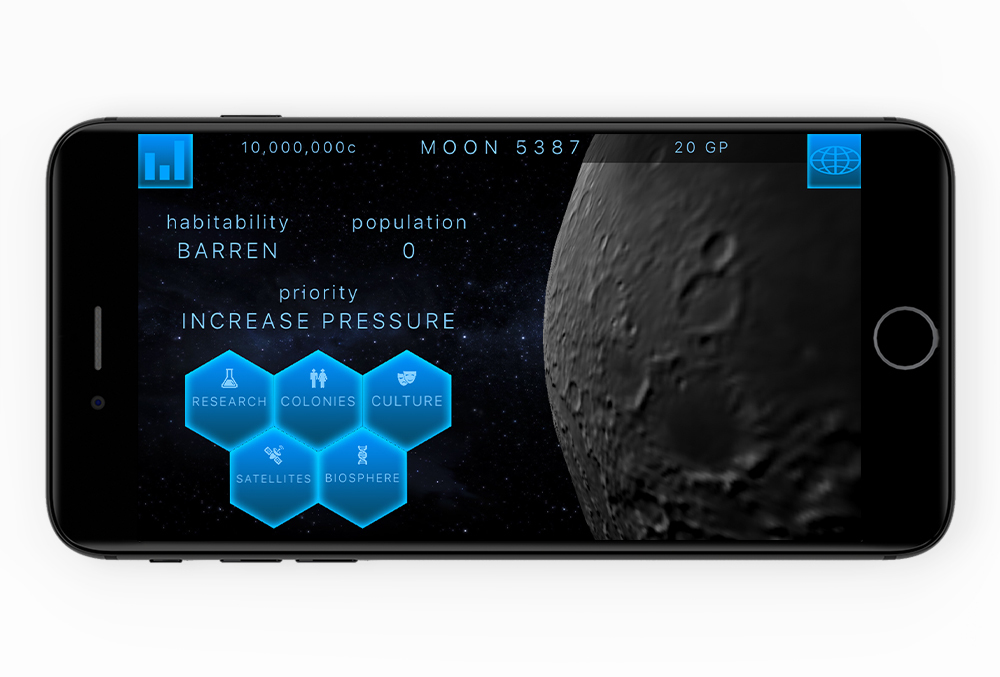 In this game, you get to slowly turn a barren planet into a life-sustaining paradise by planting space colonies and slowly changing the atmosphere. In addition, you get a interesting political dimension added to the story by choosing from factions with differing ideas about the moral implications of terraforming planets, ranging from extreme exploitation on one end to extreme conservation on the other. 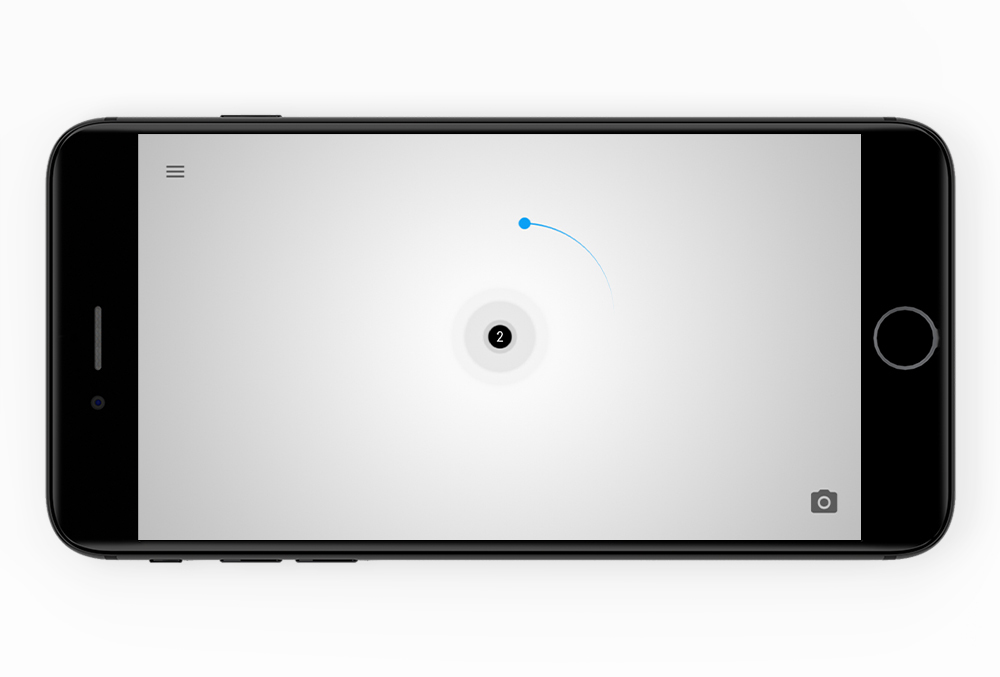 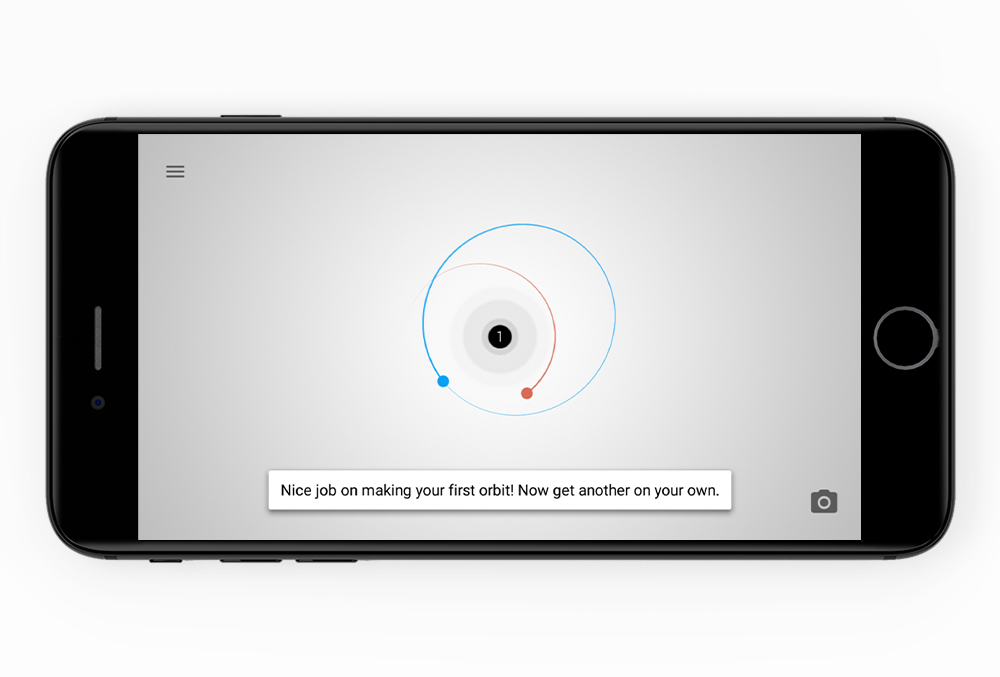 This is a calming game that has you letting small planets loose in orbit around a black hole. The motion of the orbits is even more zen with the addition of a soundtrack of Romantic era classical music, including Chopin and Debussy. 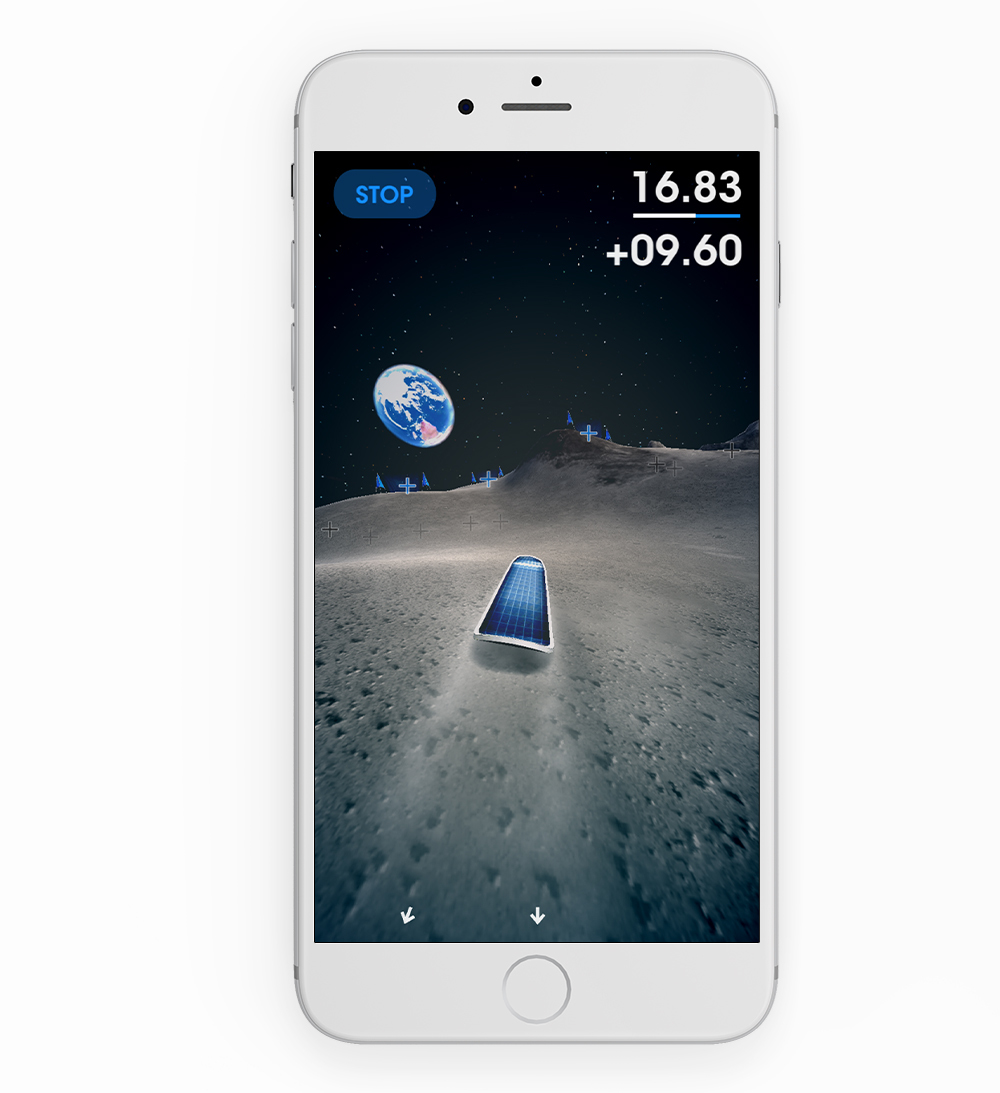 This is a really fantastic mindless game to wind down on—like it says on the box, you're piloting a board on lunar terrain. What more would you really need?

Do you have any space-related apps you love that we missed? What are your favorites? Let us know in the comments!

JoelSelby
Joel Selby is a storyteller and illustrator who lives with his wife, daughters, and cats in central North Carolina. His current side projects include renovating a humble ranch on a half acre in the county and pursuing the perfect pizza. You can email him for freelance[...]
Next Post
android app Apple iphone lifestyle news science smartphone space talk tech technology