It’s the San Francisco skyline, as viewed from Alcatraz. Now taste it.

Liz Hickok is a San Francisco-based artist who works in sculpture, installation, photography, video, and apparently,  Jell-O. She describes her process:

“This project consists of photographs and video, which depict various San Francisco landscapes. I make the landscapes by constructing scale models of the architectural elements which I use to make molds. I then cast the buildings in Jell-O. Similar to making a movie set, I add backdrops, which I often paint, and elements such as mountains or trees, and then I dramatically light the scenes from the back or underneath. The Jell-O sculptures quickly decay, leaving the photographs and video as the remains.” 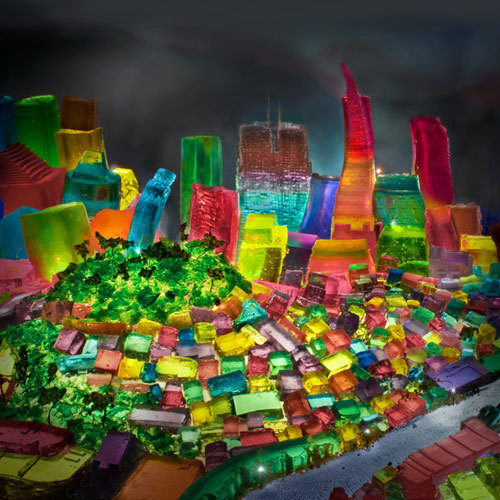 See other Jell-o works, including Wilmington, Scottsdale, and the White House at Liz’s website. [Via MochiMochiLand]