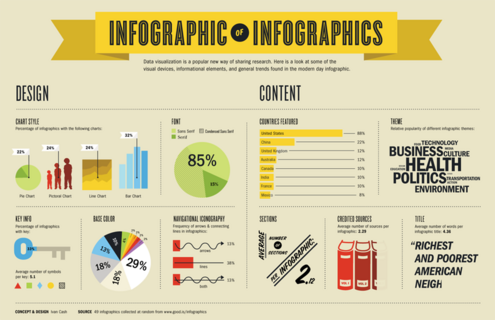 The internet has changed in the last year, and it has nothing to do with Rebecca Black, children and wife hiding, or tiger blood jokes. Rather, I mean the proliferation of the infographic.

Sometime in the last 18 monthes of so, folks decided that tall gothic typefaces against earthy backgrounds with charts and graphs looked great, that maps of the U.S. filled with local pizza and beer was a good idea, or that coffee recipes presentated in abstract geometrical forms were a great way to learn.

And they were right. So more folks made some, and then more folks made them, and we are now basking in the era of the internet infographic. And then, things got Meta, and talented designer Ivan Cash made: an infographic of infographics. Taking his source from charts by Good.is, the artist synthesized all of these info a self-reflecting masterpiece. 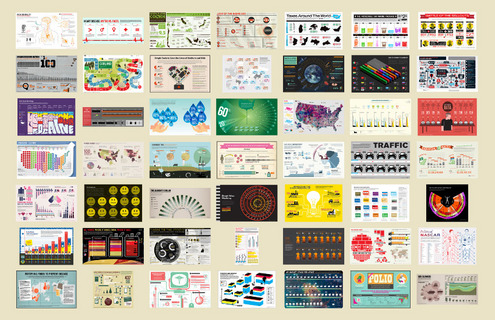