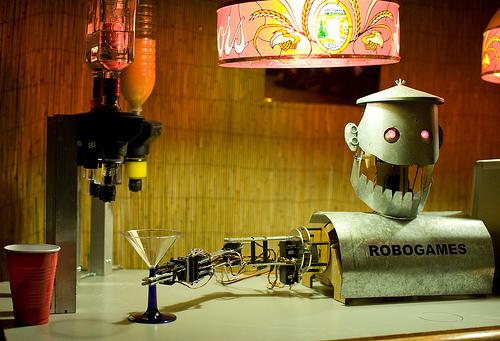 “BarBot is a celebration of cocktail culture and man-machine interface. Get a drink from an actual robot. Chat up a snarky electronic bartender. Listen to some graceful tunes being played by robotic music makers. And, after downing your sixth martini, you can finally admit that it’s the geeks who shall inherit the earth.” 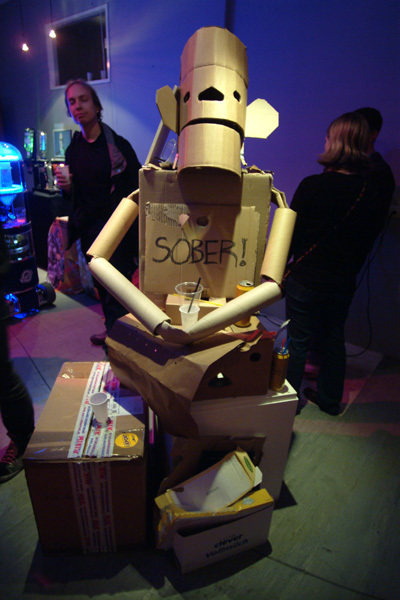 It seems like the original cocktail making robot fest is Roboexotica in Germany, where the robots above and below – Hobot and Bar2D2-  were featured. 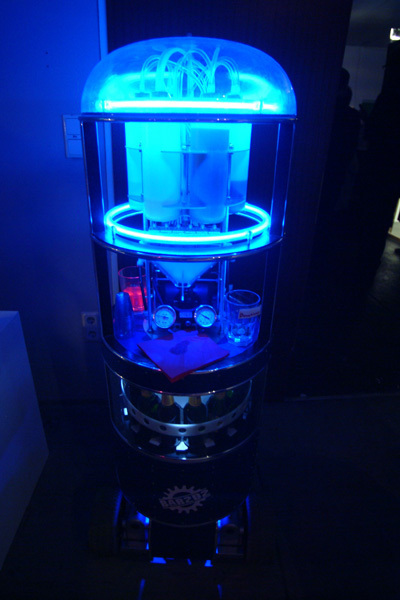 Read more about the U.S. event, part of the Robogames event, here. Thanks, Stephen.