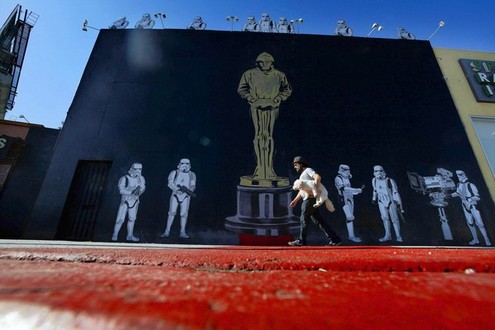 I don’t care what happened at the Oscars last night, Exit Through the Gift Shop was among the most engaging and well-crafted films of 2010. Straight up. (Also, Winter’s Bone, Please Give, and Another Year deserve more credit…)

But, Oscar or not, the question still remains. Is Mr. Brainwash an actual, self-sustaining artist, or an elaborate, decades-long project by Banksy and Shepard Fairey, or somewhere in between?

The L.A. Times reports, “The movie is anchored by two of the least reliable narrators in memory: Banksy, the anonymous British street artist; and Thierry Guetta, an eccentric French émigré to Los Angeles whose obsessive filming happens to capture the world of high-concept graffiti. In alternating interviews, the two recount the rise of anti-establishment vandals into the upper echelons of the art world, where their work quickly became commodified…The camera captures it all, sparking speculation about the film’s veracity: Did the clever Banksy — the film’s credited director — create Guetta to mock the art world? Is Guetta — who shot much of the footage — actually a paid actor playing a savant-like character invented for the project?” 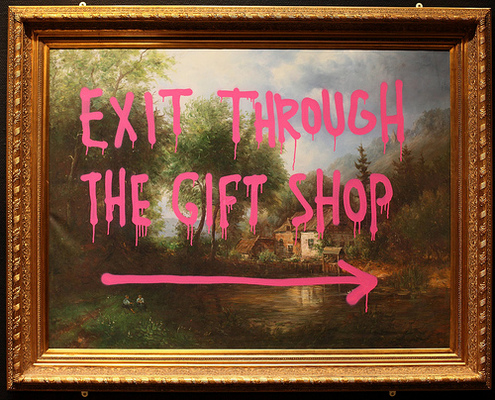 Read the article and interview with Guetta at The Envelope [LATimes.com]