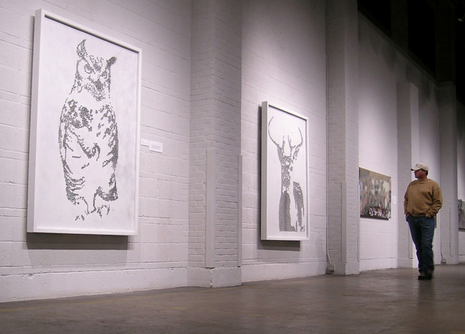 Talk about the creative process… 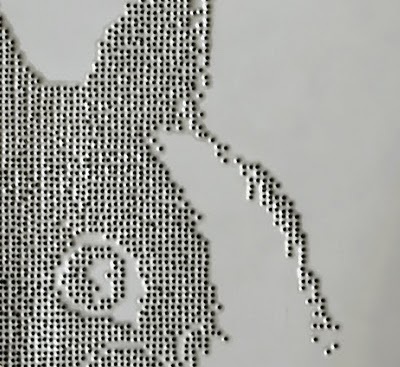 “My main goal was to take the destructive power away from the gun. To manipulate the gun into a tool of creation and use it in a way that removed it from its original purpose, to deweaponize it.” 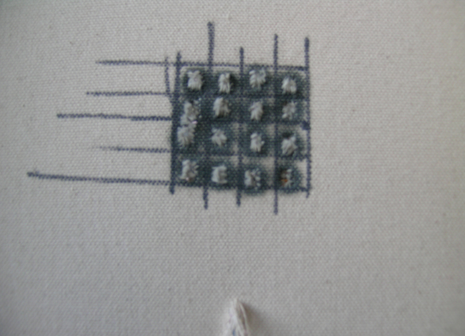 “During my first experiment I came across the concept of creating an image hole by hole on a surface. I also figured out that canvas would be too stressed by the process of a rifle firing many bullets into it.” 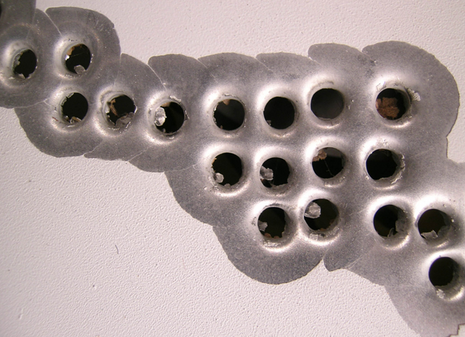 “I moved on to aluminum and, with further experimentation, I figured out exactly how far apart my shots needed to be and that moving beyond .22 caliber was simply too destructive. When the aluminum was painted beforehand, the blast of the gun knocked off a tiny amount of paint around each hole, which helped fuse the image together.” 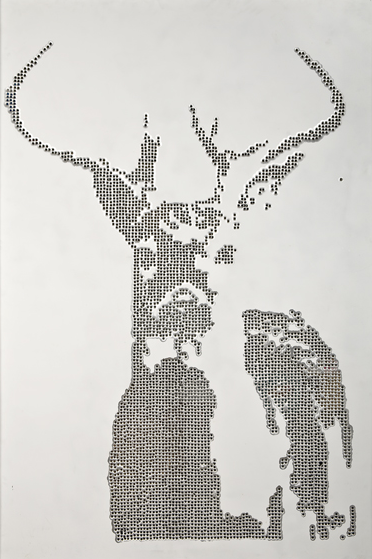 I find this process really quite fascinating. I think Walt’s gun vs. weapon debate is engaging, and certainly challenges me to consider my own take on guns, which has been to stay as far away as possible. I’m reminded of the Lars von Trier/Thomas Vinterberg film Dear Wendy, about a group of young adults who form a club based on both a love of guns and pacifism. (And they listen to The Zombies all day). 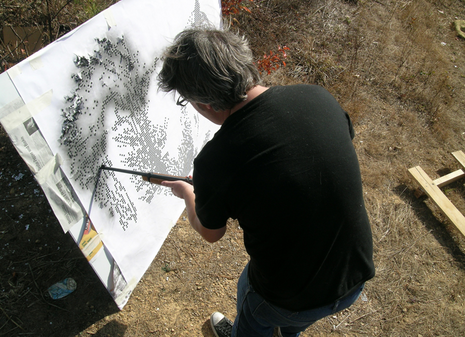 9 Home Improvement Projects That Are Cheap & Make A Big Difference