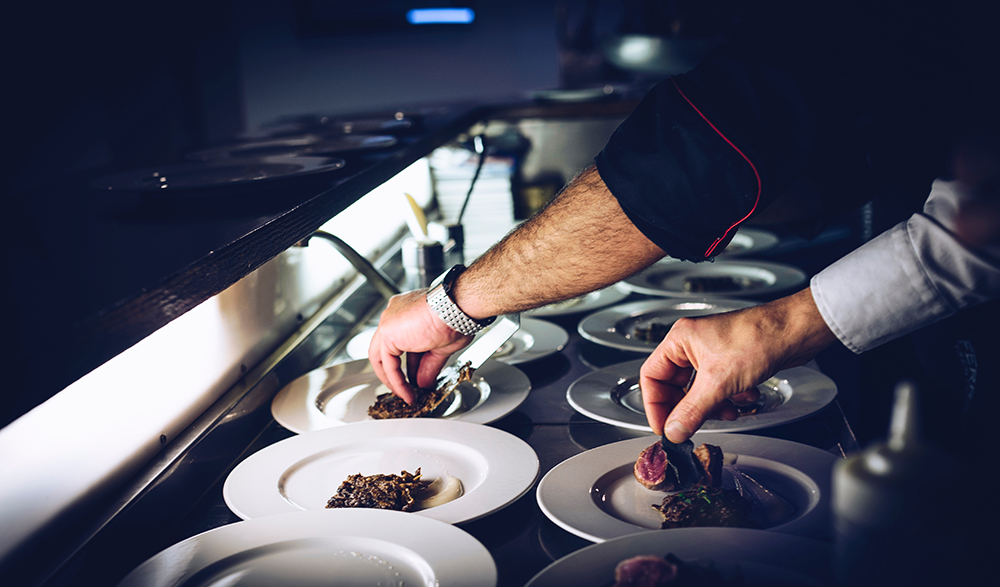 If someone were to ask you what your crucial, go-to, stranded-on-a-desert-island cooking gear includes, how would you reply?

Would you mention a chef's knife and cutting board? How about a large sauté pan and a flat-edged wood spoon, or a large, nonreactive heatproof bowl? (Incidentally, these are Michael Ruhlman's top five in his fantastic comprehensive guide The Elements of Cooking.)

What if I were to add that the addition of two inexpensive pieces of equipment can dramatically level up your cooking game, and that you could actually get these at an office supply store?

Masking Tape and a Permanent Marker 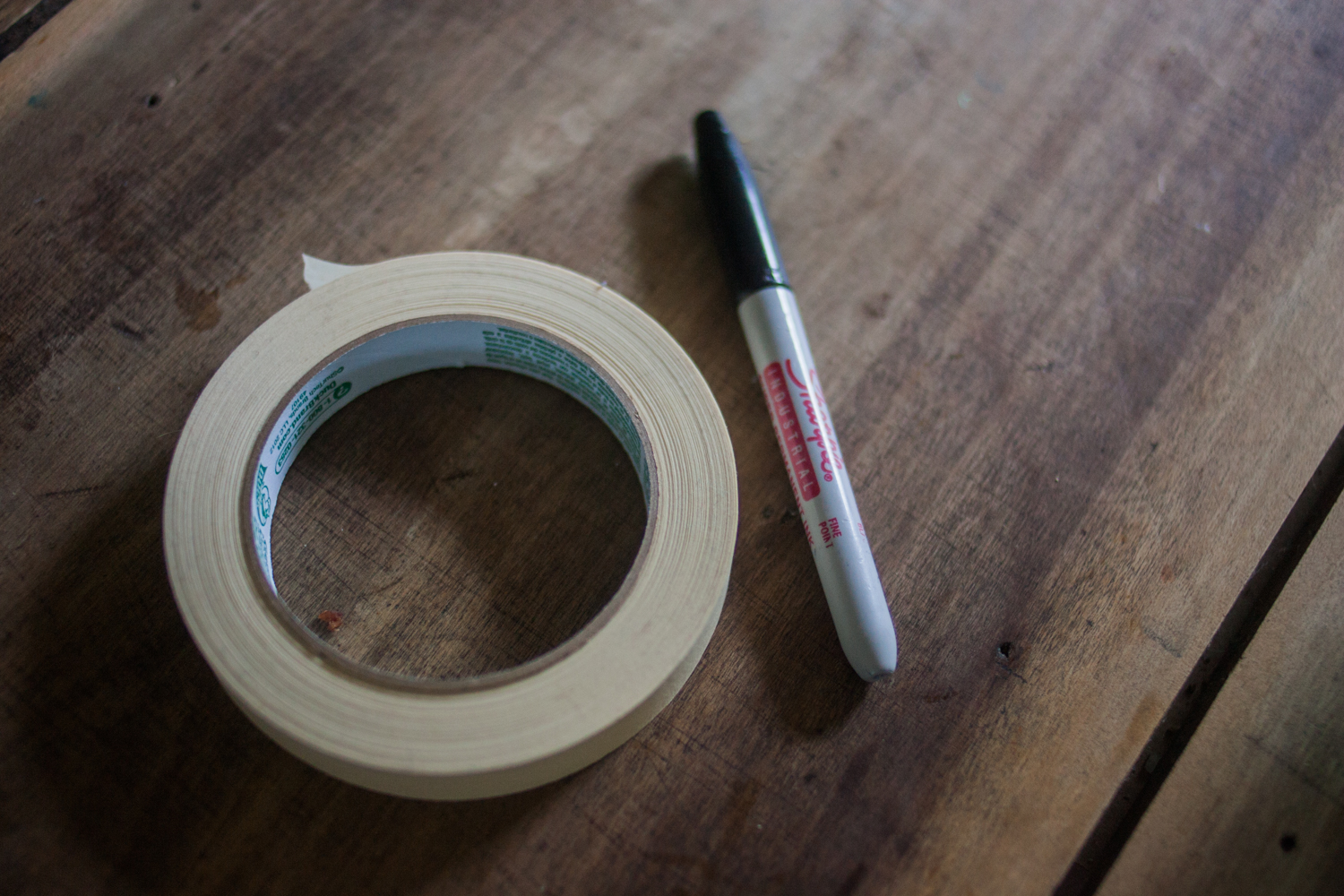 That's right, tape and a marker.

A home cook isn't just a cook; they also function as the garde manger in Auguste Escoffier's (1846–1935) famous brigade system that gave us the divisions of labor that professional kitchens still use today. One of the garde manger's duties then, as now, was managing food storage—translated literally, it means “food guard”—which was all the more crucial in the days before refrigeration.

It's just as important now, though. See, labeling the food in your fridge isn't just for stereotypical hyper moms leaving their stereotypical clueless husbands at home with the kids for a few days. Think about it: containers of unidentified leftovers, just one step away from self-propelled locomotion, are only funny for endearing ne'er-do-wells on sitcoms, not in real life.

If you're like me and you enjoy leftovers for lunch the next day—and I'd argue that many dishes are better the next day because their ingredients have been given a chance to marry together during the cooling process—you're not always going to remember what's in those containers or how old its ingredients are, and you're not always going to be inclined to pull out the container to check.

It's not just about leftovers, either. The cool thing about labeling the food in your fridge is that it allows you to emulate the efficiency of the prep cook station at pro kitchens and cook ingredients ahead of time. This is how I first discovered that the little pocket off to the side of chef coats hold not only small thermometers, but also permanent markers.

Got a bunch of sweet potatoes but you're not entirely sure what to do with them? Roast 'em now and toss 'em, jackets and all, in a labeled container for later, whether for sweet potato gnocchi, sweet potato biscuits, a sweet potato spin on shepherd's pie, or simply a side of mashed sweet potatoes. I can't tell you how many times I've made frittatas for breakfast incorporating chopped-up ingredients from the past few days' worth of dinners—grilled bratwurst, roasted broccoli, sautéed onions, you name it. 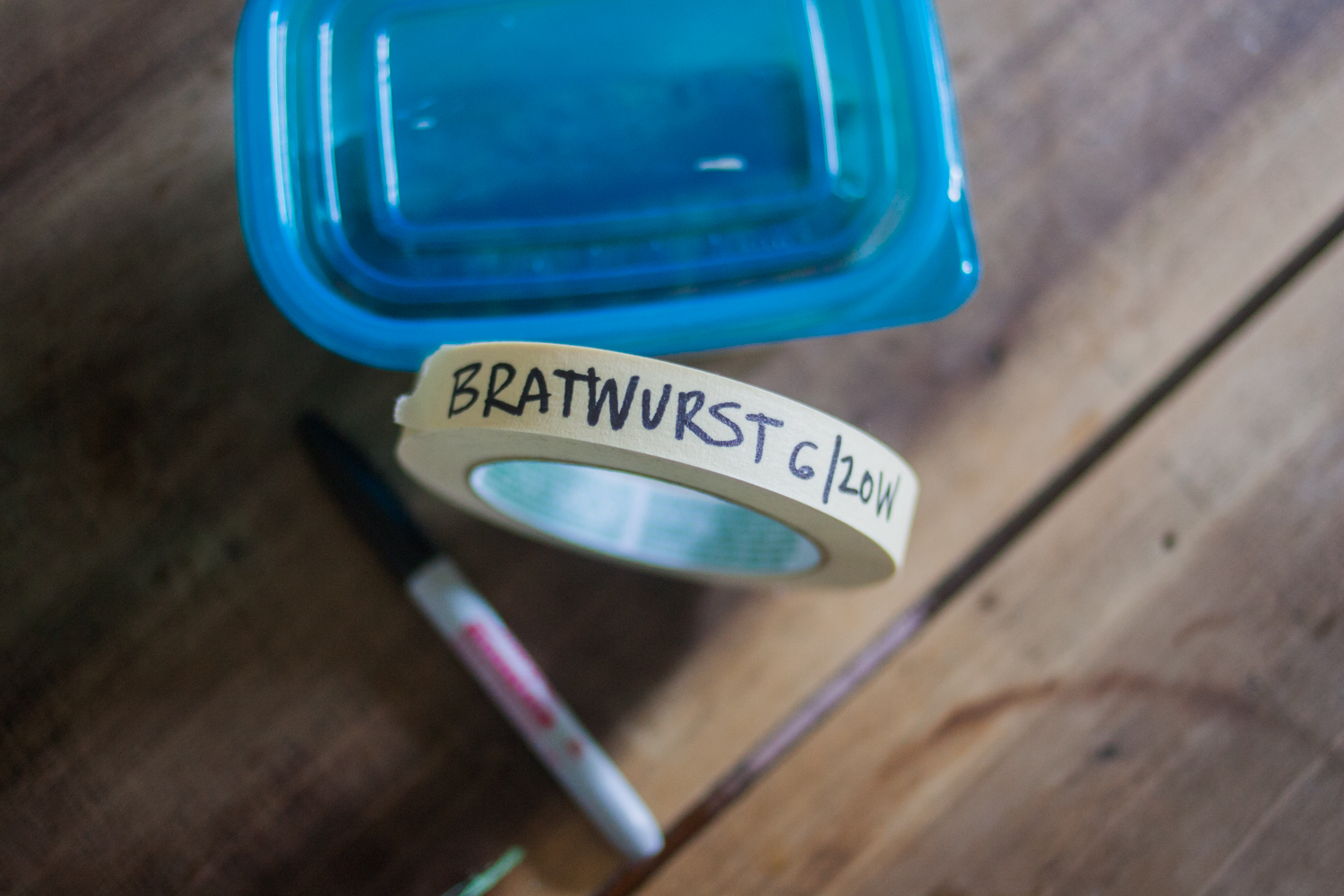 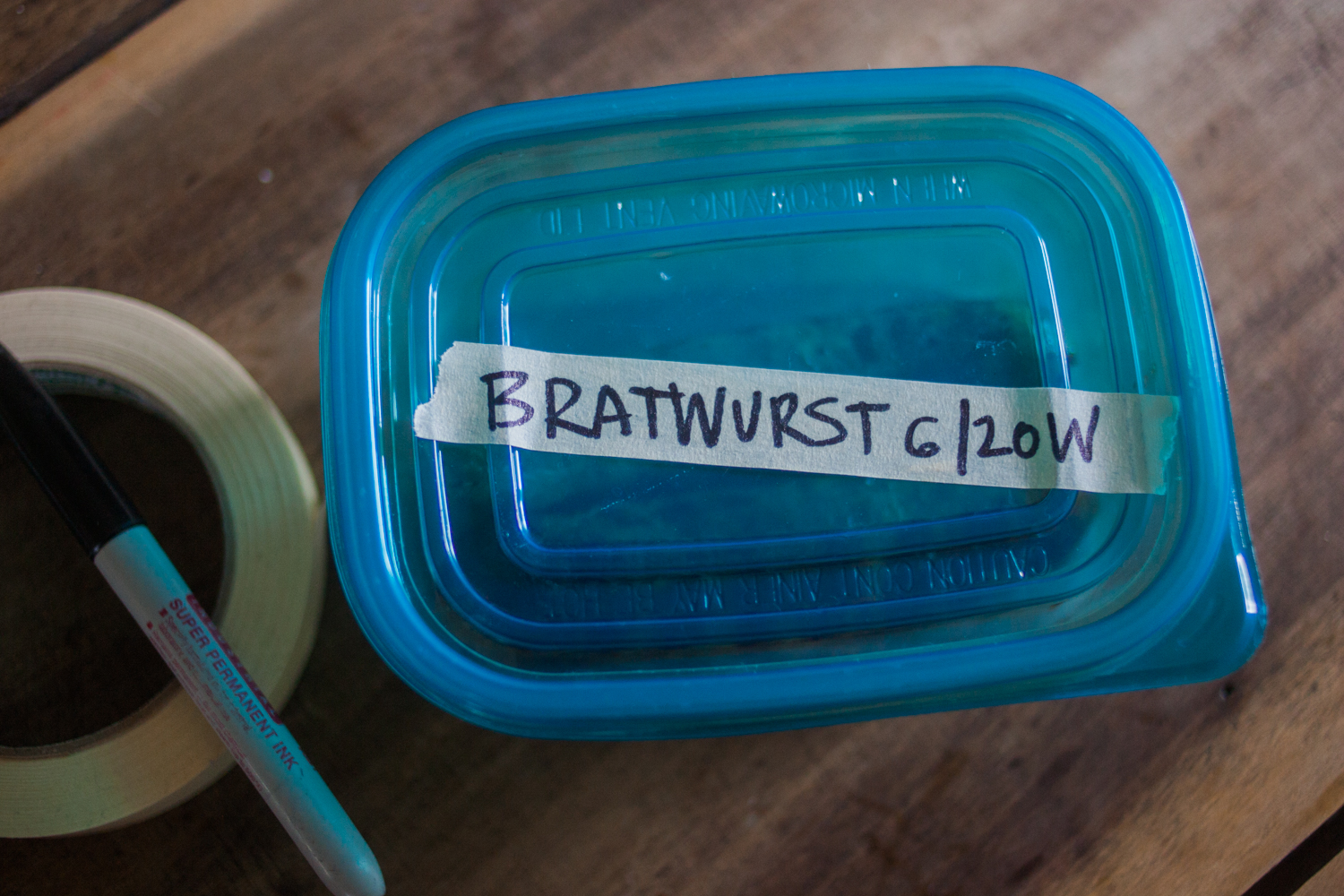 Finally, labeling isn't just for containers of cooked food! I'll often date the lids of containers for condiments that I own but don't use super often, which helps me keep tabs on their age. For example, this Sambal Oelek won't stay good forever, and it's so good that it would a shame to launch it: 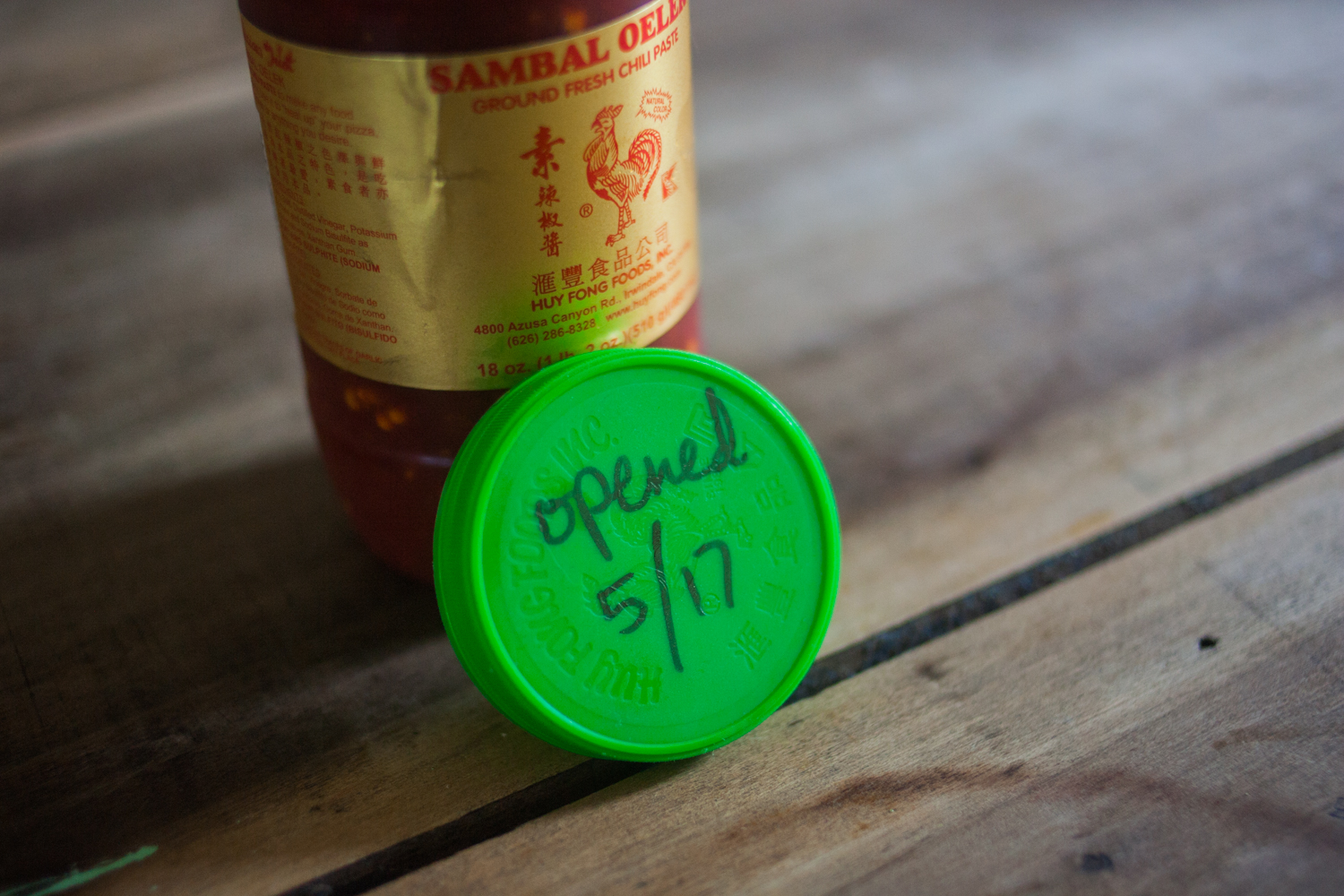 Any marker will do, but if I had to give a recommendation, I'd go for the Sharpie Industrial. (As of the middle of 2018, they're going for $10 for a 12-pack, which comes out to roughly less than a dollar per marker.) They're originally engineered for factories and labs, so the ink can withstand temps of 500 degrees F. The thing that's impressed me about them is that I've been using the same marker since my last kitchen job in 2010 and it still retains a sharp tip and a rich black line, more so than the original standby Sharpies. 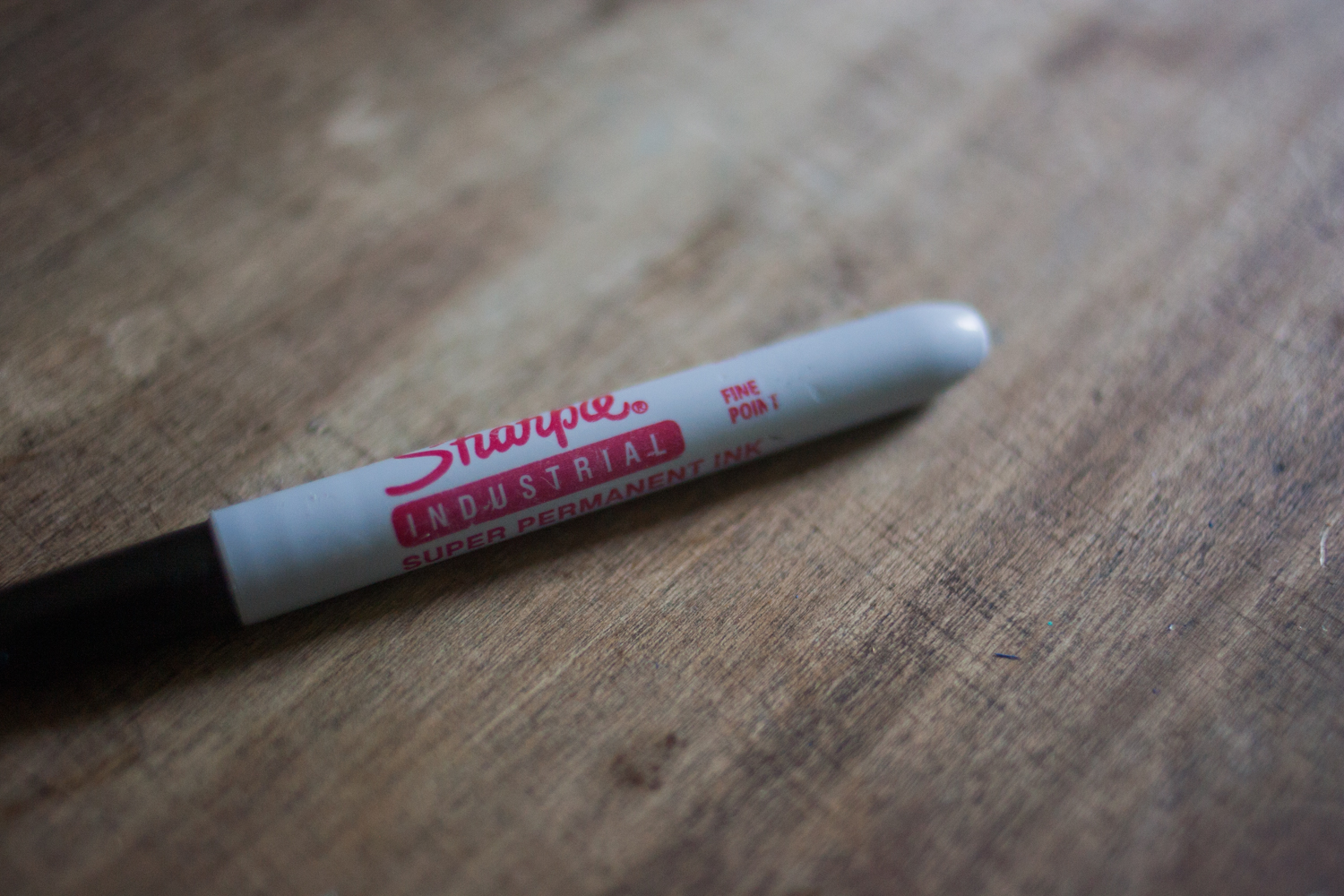