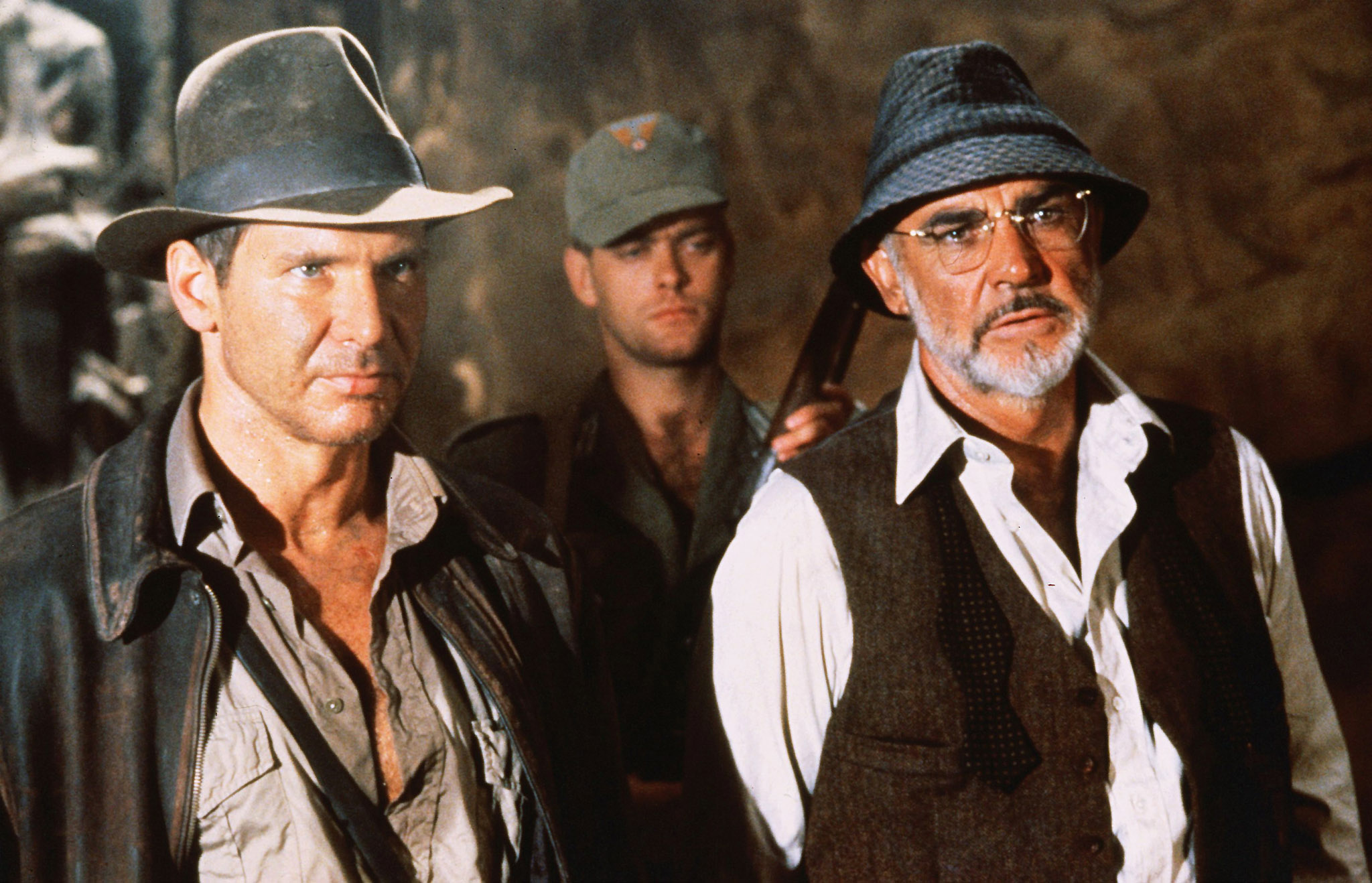 Dads: we've all got 'em. They impact our lives enormously, whether present or absent. And boy, that father-son dynamic—it's a particularly potent combination, especially as sons grow into men. The relationship between dads and sons can be really satisfying, or really sour.

One thing's for sure: whether he wants to admit it or not, every man wants to hear some form of a hearty, sincere “good job, son” from his dad. And when he doesn't get it—either from straight-up disapproval or, more often, distance, the relationship strains under the weight of the son's resentment.

Whether your dad's your hero or your frenemy, whether you're mourning his loss or you want to live on the opposite end of the world as him, here's a short Father's Day list of father-son film pairings guaranteed to give you a bad case of sweaty eyes.

I love the Indiana Jones movies. Three decades of special effects have changed the pacing and treatment of action in film, so time has stripped the series down to its essence: classic John Williams scores, great physical comedy, and thoroughly entertaining performances by Harrison Ford.

The last installment of the original trilogy goes a little deeper into character with the addition of Indy's dad (Sean Connery), whom he refers to as “Attila the Professor.” You get glimpses of how “Junior” has spent his whole life trying to get his dad's attention and approval, especially after losing his mother to cancer as a boy, while his dad pours attention into study. If you've somehow made it to this decade without watching this, I won't spoil the ending for you, but let's just say that Senior's character development is the more dynamic of the two Joneses—after a lifetime of searching, he finally finds illumination on what's truly important.

Edward and Will Bloom

A lot of dads are great at doing their thing, and often their thing isn't letting their sons know how much they care. Journalist Will Bloom (Billy Crudup) has grown up in the shadow of his larger-than-life dad Edward (Ewan McGregor), both in Edward's real successes and his self-starring tall tales. After years of estrangement, the news of Edward's terminal diagnosis finds Will and his pregnant wife back home for the final few weeks. The film follows a frustrated Will sorting through fact and fiction as he reviews his dad's fanciful Southern Gothic-style stories, whimsically portrayed by director Tim Burton, and truly finds what he was looking for. 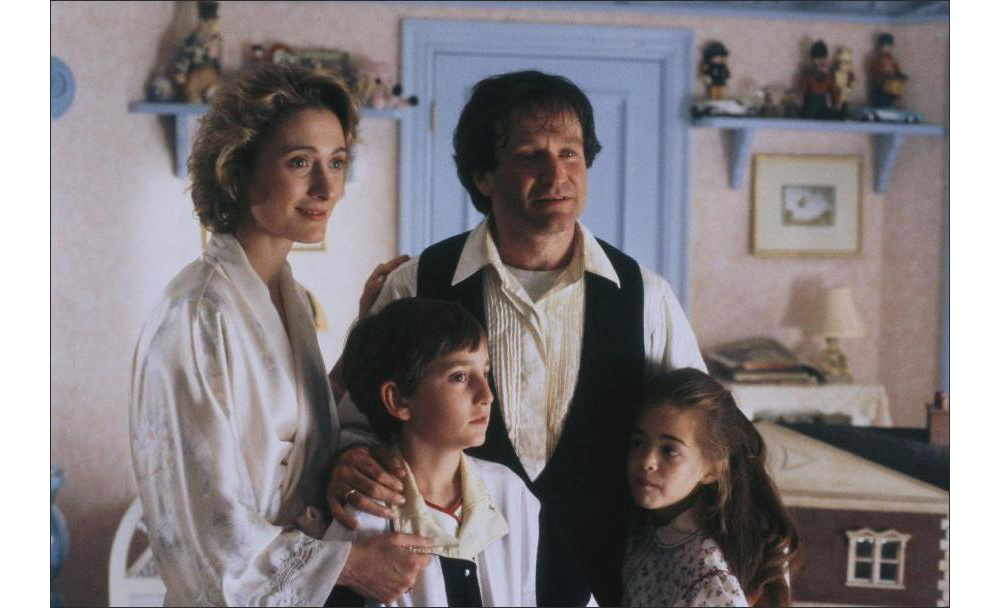 Peter Banning is a workaholic executive completely neglecting his two elementary school-age kids—missing little league games, showing up late to school plays, living on his cell phone (in the early 90's, mind you). Oh, and by the way, he's actually a post-Neverland grown-up Peter Pan without any memory of his true identity. His son Jack takes the hit of his dad's inattention particularly hard, so when Captain Hook kidnaps Peter's kids, it's all too easy for Jack's loyalties to sway away from his dad and towards Pan's former nemesis.

The internet calls Hook Spielberg's worst movie of all time, but I'm leaving the plot holes, bloat claims, and casting criticism to the film buffs. Not only is it a gem of 90's nostalgia and another repository of John Williams' brilliant compositions, but its message is more priceless: Dads, slow down. Look around, notice your kids. Of course you have to work, but don't forget who you're working for. You're never getting these limited days back with your kids; seize each one.

I had grown up hearing the famous line “If you build it, they will come” but never watching it until well after college. I remember thinking “Why on earth is this considered such a classic?” Not because it was bad, but because it was kind of a strange movie—the premise is odd, the pacing and timing is quiet and understated, the plot kind of meandering—so it surprises me that it had such broad mass appeal. But it's been a while since I've seen it now, and I can say that time is kind to my memory of it.

Plain and simple, this is a good story about a guy who finally gets a chance to play catch with his old man.

This is more a film about an dysfunctional family of eccentric geniuses, but one of the main relationships that sees development in the story is between the Tenenbaum patriarch, Royal, and his oldest son Chas. Most of the film's emotional content comes packaged in absurdist humor and Wes Anderson's very specific visual style, but watch for the ambulance scene at the end for the real story.

One of the most touching father-son scenes in the film follows an episode where Clark nearly exposes his secret after saving a bus full of kids. Jonathan Kent's fathering at once cautions, challenges, affirms, and unconditionally accepts Clark. (It's a moment made all the more poignant when you stop to consider that one of Superman's co-creators, Jerry Siegel, lost his own father when a robbery turned to murder.) 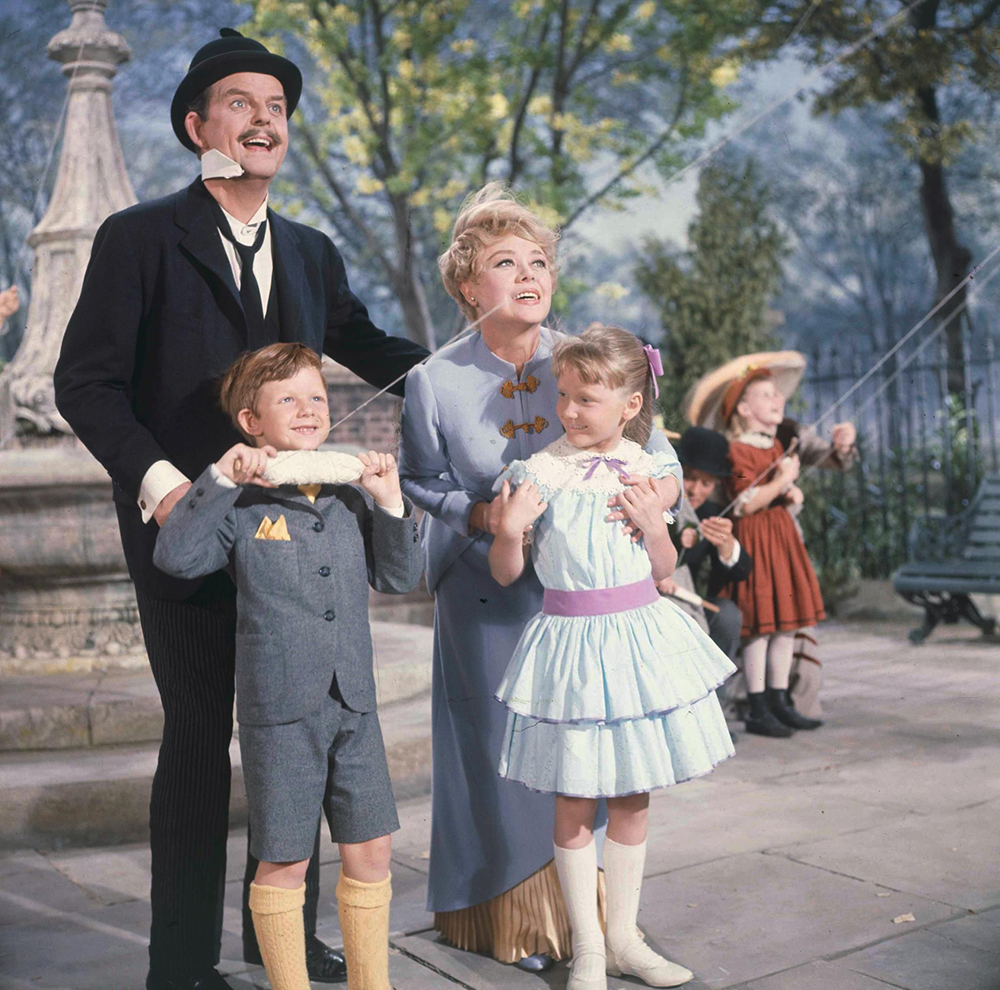 I'm not ashamed to admit that this is one of my favorite movies of all time. Aside from the fantastic performances from Dick Van Dyke and Julie Andrews and the iconic songwriting by Robert and Richard Sherman, what cements this in my personal movie pantheon is the story's basic point. Let me stop you before you get all “I don't do kids' movies”—the core of this movie isn't a magical nanny, a couple of kids who go on some wacky adventures, or even a romanticized Edwardian London. It's a movie about a good man who doesn't see the value in spending time with his kids, and whose son will inevitably grow up to hate him. (Watch it carefully and you'll see it's already started.)

The crux of the movie lies in the scene with Bert and Mr. Banks, right after the chimney sweeps parade out the front door, the kids have gone upstairs to bed, and Mrs. Banks is away for a suffragist rally. The two men sit in the parlor, Mr. Banks bemoaning the anarchy that he's allowed his nanny to wreak on his well-ordered household. After listening for a moment, Bert seems to side with his outrage… then gently turns the indignation on its head by pointing out that Mr. Banks' world doesn't make room for his kids with a sobering reminder that “childhood slips like sand through a sieve. / And all too soon, they've up and grown / and then they've flown / and it's too late for you to give.”

I defy any dad to watch this without having to give the “it's just been raining on my face” excuse.

What are your favorite father/son movie pairings? Let us know in the comments!

JoelSelby
Joel Selby is a storyteller and illustrator who lives with his wife, daughters, and cats in central North Carolina. His current side projects include renovating a humble ranch on a half acre in the county and pursuing the perfect pizza. You can email him for freelance[...]
Next Post
cullture father fatherhood fathers-day film june movies parenting roundup summer talk