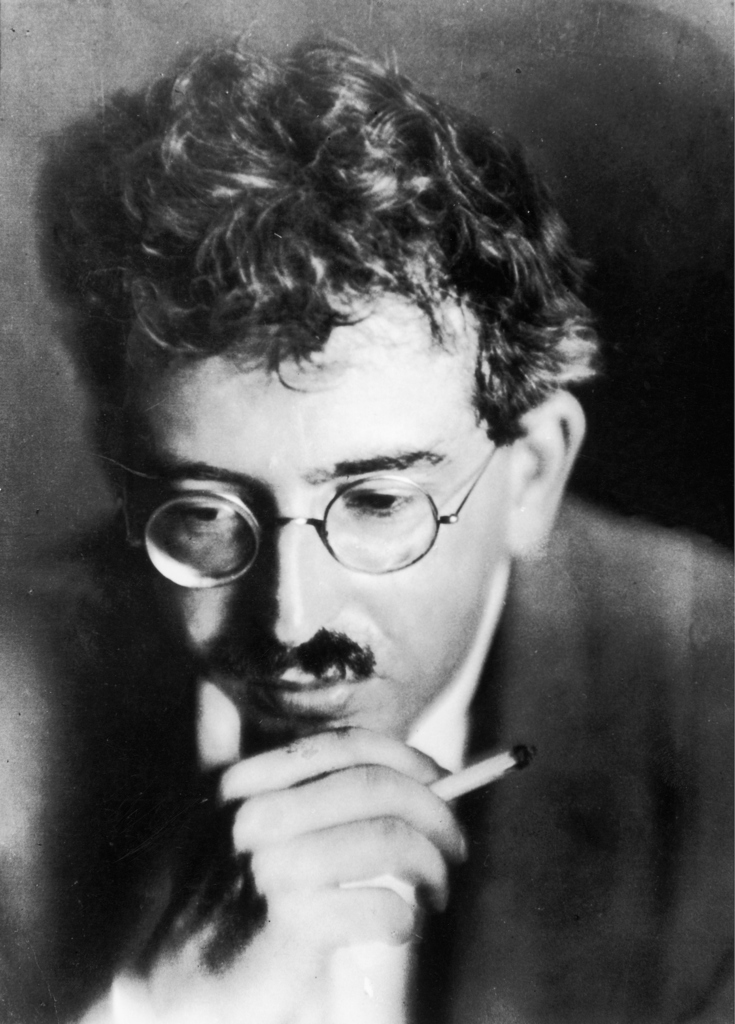 I am unpacking my library. Yes, I am. The books are not yet on the shelves, not yet touched by the mild boredom of order. I cannot march up and down their ranks to pass them in review before a friendly audience. You need not fear any of that. Instead, I must ask you to join me in the disorder of crates that have been wrenched open, the air saturated with the dust of wood, the floor covered with torn paper, to join me among piles of volumes that are seeing daylight again after two years of darkness, so that you may be ready to share with me a bit of the mood – it is certainly not an elegiac mood but, rather, one of anticipation – which these books arouse in a genuine collector. For such a man is speaking to you, and on closer scrutiny he proves to be speaking only about himself.

So Walter Benjamin begins his extraordinary essay, “Unpacking My Library,” and which I semi-intentionally ape here. It is possible that you have not had this experience. Perhaps you are still building your library. Perhaps you have a less physical connection to books. Perhaps you've always lived in the same place and its never been necessary for you to pack up your life and tape it up in parcels that are both precious and back-breakingly annoying. If that is you, perhaps this whole discussion will seem inane.

But if you are the kind of person who has a personal relationship to your books, if you can look through the volumes you've collected over the years and read within them a coded history of your life and emotional story and the secret history of the experiences that have shaped you, Benjamin is your guy. And his essay suggests that unpacking your books is a singular moment to recall your past and see the many steps it's taken to get where you are. 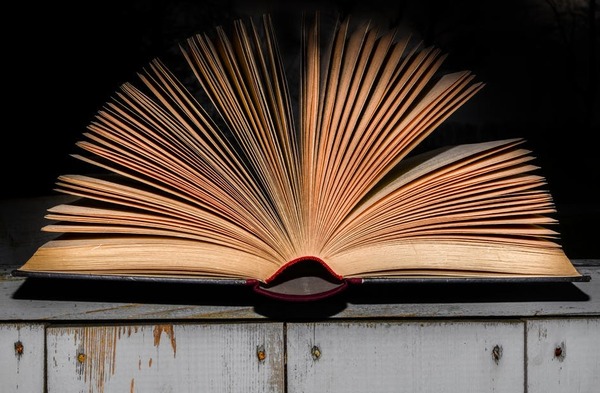 Benjamin has a few ideas and remarks that are––for me, at least, but maybe for you, too––important mental notches to turn book collecting from being an onerous addiction or a costly endeavor of pretense to something truly affirming.

You should interweave your book collecting with the biography of your life, and also allow the pursuit of books to help guide your steps. 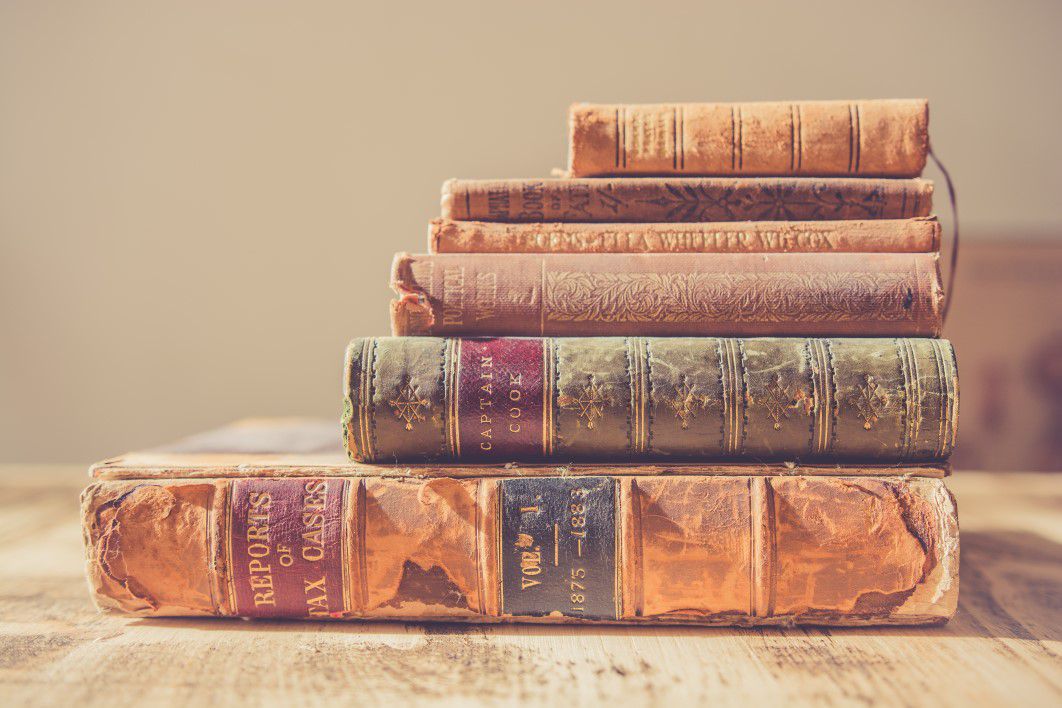 The purchasing done by a book collector has very little in common with that done in a bookshop by a student getting a textbook, a man of the world buying a present for his lady, or a businessman intending to while away his next train journey. I have made my most memorable purchases on trips, as a transient… How many cities [and unexpected shops] have revealed themselves to me in the marches I undertook in the pursuit of books!

Think of the nonsense that passes for souvenirs in travel. I was at a magazine shop in the New Orleans airport and watched someone buy $89 worth of gaudy, cheaply made mugs––some last second attempt to remember the city? I'm not sure. By contrast, after wandering through some of the city's more extraordinary antique shops, I happened upon a solid copy of Confederacy of Dunces––a book I didn't own and which perfectly represented a trip to that extraordinary city. It will never occur to me to separate the volume with the trip.

Think of Books Like Pets––Instead of Buying New, Make Sure to Take In a Rescue Book!

We live in a world where getting our hands on media is so easy and so abstracted by digital formats that we frequently forget that there are individual copies of books our there, and these volumes are sometimes important for entirely their own reasons. Maybe this volume of poetry was given and inscribed to a lover, and it was sold used when the relationship went bad. Maybe this volume of Darwin was deeply loved and even carried to the Galapagos before the death of its owner left it in the hands of the second-hand seller. Perhaps this book was given by the author to some relation or friend (as is the case with my treasured copy of Angelo Pelligrini's Lean Years, Happy Years.) Benjamin writes:

I am not exaggerating when I say that to a true collector the acquisition of an old book is its rebirth. This is the childlike element which in a collector mingles with the element of old age. For children can accomplish the renewal of existence in a hundred unfailing ways… To renew the old world––that is the collector's deepest desire when he is driven to acquire new things, and that is why a collector of older books is closer to the wellsprings of collecting than the acquirer of luxury editions.

So make like a 9 year old and rescue your next book. Rather than add to the stream of media flowing out of warehouses or rocketing through digital spaces, find a volume that was once in someone else's hands, and redeem this thing that was loved, or hated or forgotten.

Map Your Mind onto Your Library. See in it the Development of Your Life, Your Character, Your Thinking, Your Imagination. 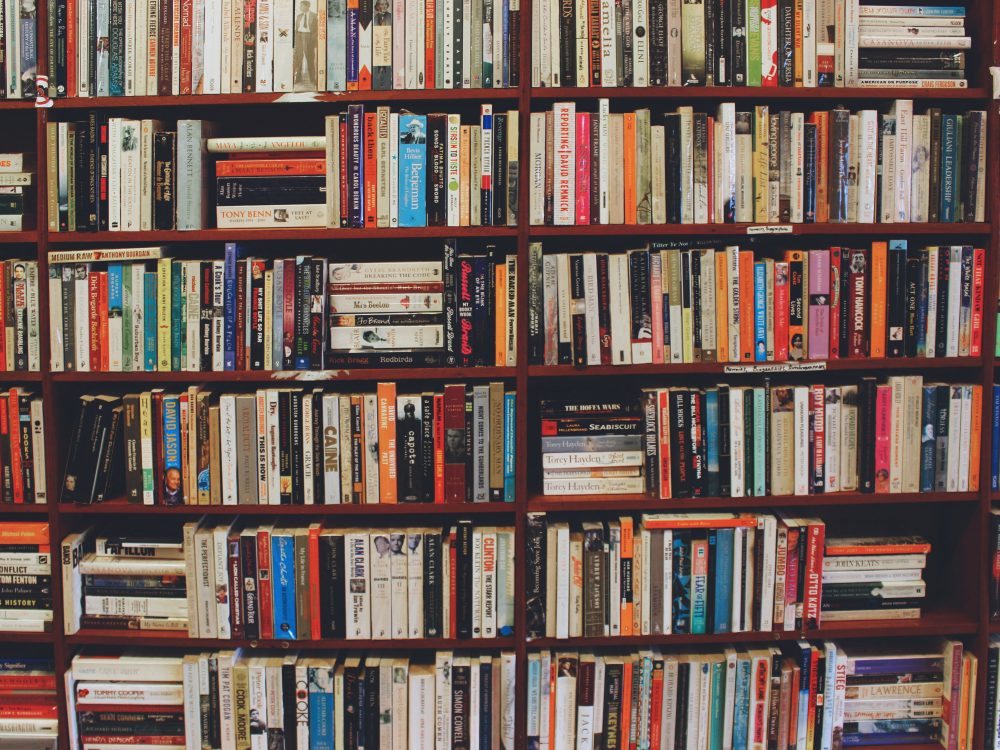 Unless you are particularly meticulous with your personal things, a professional-level filer of papers or some kind of hoarder, chances are many of the important parts of your personal, developmental biography have been lost to the sands of time. Most people do not have old copies of their report cards, the papers they wrote in high school, their college notes from that class on Chinese History or the like. For most of us, our personal history amounts to who we are in the present.

But books––specifically the act of unpacking your books, rearranging them, or creating a new place to organize them––can be like a mental model of your own mind, and that is nothing to sniff at. You might not have your class materials from 5th grade anymore, but you might still have your old copies of Encyclopedia Brown (or Judy Blume, or the Babysitter's Club, or whatever) that, even though you wouldn't sit down with them now, can sit like a marker of an early fascination. If you hold onto them, they become physical landmarks of your mental self. It gets to the point where subject by subject, and volume by volume, your library becomes like a map of who you are and how you got to there.

An Important Coda: Owning Books that you Haven't Read Is Totally Fine. 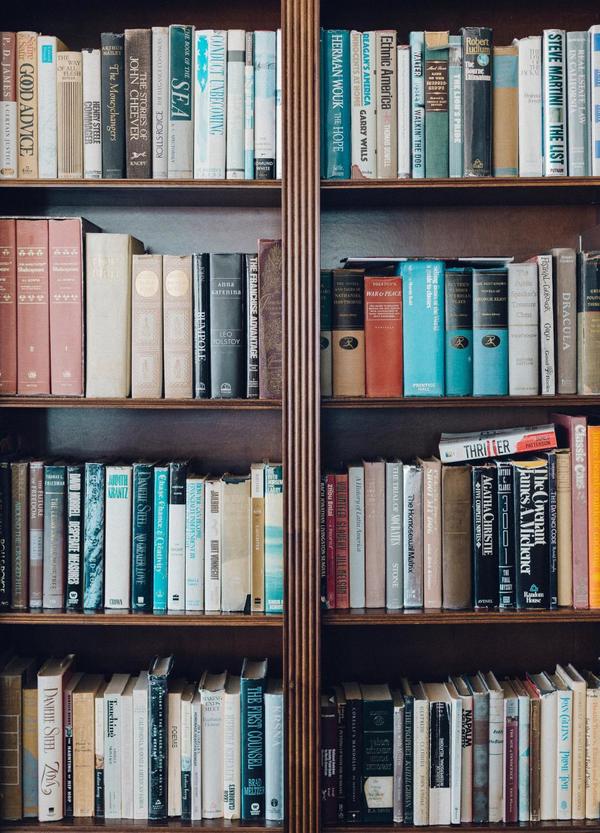 There's a line in the mostly-forgotten movie, Finding Forrester, in which the reclusive, Salinger-esque Sean Connery is talking with his new (poor, black, literary genius) friend when the latter asks the former if he's read all of the books he owns. Connery replies, “No, they are to impress all of my visitors.” It's supposed to be a joke, but it is a stupid line. Because there are plenty of reasons to have books that you haven't read other than to impress people or because you want to SEEM smart. Benjamin agrees, and gives the answer that Anatole France gave when asked the same question posed to Connery's character:

And the non-reading of books, you will object, should be characteristic of collectors? This is news to me, you may say. It is not news at all. Experts will bear me out when I saw that it is the oldest thing in the world… “[Have I read all these books?] Not one-tenth of them. I don't suppose you use your fine china every day?”

First off, and super obviously, you can get to them later. Second off, not all books are worth reading in their totality. I look over at a shelf of my books and realize that some are collections of essays, some are poetry anthologies, some are multi-volume sets. Not all books lend themselves to a cover-to-cover read. But finally, and most importantly, sometimes having the book around is important for other kinds of reasons. I have a copy of Plutarch's lives that is fragile and can barely be opened, but it was purchased from the personal library of Owen Barfield (a totally non-important British intellectual, but who I admire). I've never sat down and read all of Plutarch's Lives. I may at some point, but if I do, it won't be that copy. If that offends someone who is a “library completest,” well, I'm sorry about that.

I have come to love my books. The older I've become, the more treasured some of them are. Amor Fati––”Love your Fates”––is the philosopher's phrase for treasuring the experiences that have made you who you are. All I can say is that, for me, it is just as true to say Amor Libri. These volumes have helped make me who I am.

Allan
Allan Georgia lives in Cleveland, OH, where he consumes more coffee, whiskey and noodles than he should. But he's working on it. He loves thinking about big ideas and seeing the virtues in??very ordinary things. He writes on C/culture and religion when he is not trying to make things without burning??himself or smashing his fingers o[...]
Next Post
books decor education fiction library lifestyle reading self-improvement talk