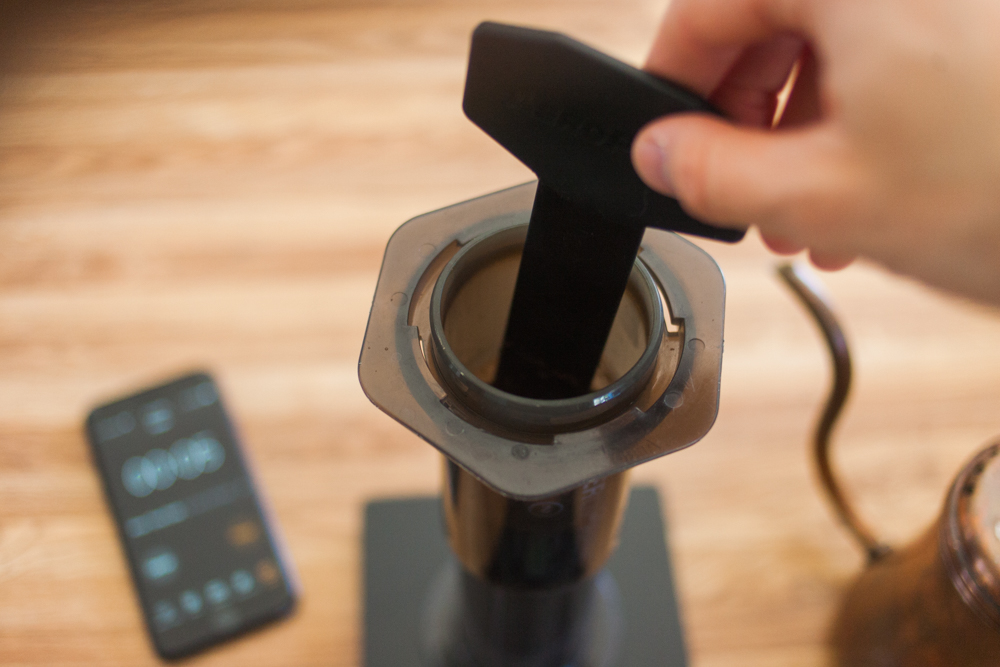 I recently posted a photo of my Aeropress setup to Instagram and had a buddy comment with questions about my process. I've only been using my press casually for the last couple of years, so I didn't feel comfortable saying anything authoritative. That begged the question: who would be considered an authority on the subject of Aeropress recipes? Which led me to: if not the victors of the World Aeropress Championship, then who?

If you're unfamiliar to the world of Aeropress, if you own one and have no idea what to do with it, or if you're looking to tweak your current routine: read on, friends.

Now, unless you're deep into the world of Aeropress, read through these recipes and you'll probably think, Seriously? All of this hullaballoo for a single cup of coffee? You'll have to remember, though: according to his website, Alan Adler, the inventor of the Aeropress, “…designed instrumentation systems for military aircraft, nuclear reactors, and submarines, a paraboloid lens for telescopes, and dozens of flutes” (emphasis mine). He even invented a device made to register the miniscule shifts in buildings' foundations, only to have an engineer tell him that it already existed… all at the age of 13. (I spent most of middle school shooting spitballs.) This is clearly not a man who accepts the world at face value, and coffee making is no exception. The Aeropress is the coffee brewing device for tinkerers, hackers, and DIYers.

To get you started, here's the recipe from Lukas Zahradnik of Slovakia, who not only won the 2015 competition, but did so while wearing a shiny emerald green bow tie.

(I'm not going to lie, I chose to highlight this one because of “turbulent wiggle.”)

My Hario Mini grinder doesn't have a numbered setting, so I couldn't precisely control the coarseness of the grind, but I was able to get temperature to an even 174° F by adding boiling water to my gooseneck kettle and watching the temp with my kitchen thermometer as I brought it down with cold water.

And this recipe did make a fantastic cup of coffee.

Intrigued? Check out the rest of the winning recipes at the World Aeropress Championship website.

Comment below with your favorite recipe, or tell us your own!