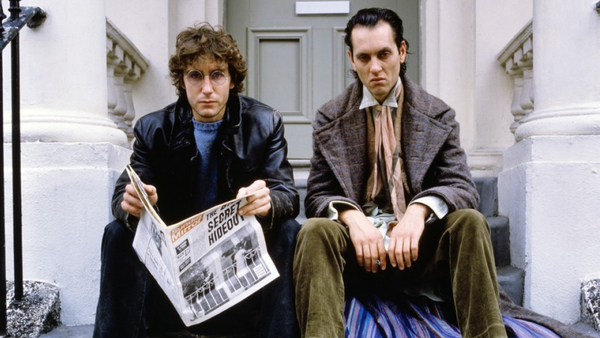 I burned out early on Halloween movies this year. I watched mostly duds with a few mediocres sprinkled in, and realized I'd spent enough time in shakycameraland for one season. Not being even remotely ready for the annual sacrament of candy cane-fueled holiday classics (it's too early, even for me), I decided to spend this season of limbo – cold enough to need to be inside at night, but too early for Christmas merrymaking – raiding the public library, and watching that list of films I've been meaning to see for twenty years, but simply hadn't gotten around to it.

It hasn't gone as planned.

As in, I'm not really digging most of them. Some are truly awesome (Harold and Maude, McCabe and Mrs. Miller), but, more often than not, I keep checking the run time to see how much longer I have to sit through these. (I do finish them all.) 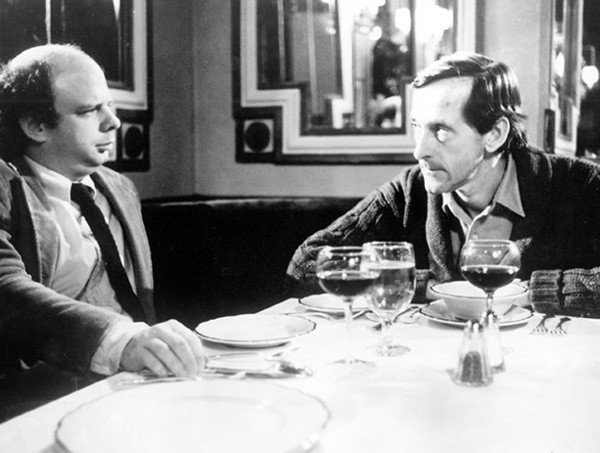 Here's what's going on: many of these films are reasonably old, and the reason I know about them is because they're game changers. And, in the case of some, they've even formal innovators. But the form has already been dissected and interpreted and improved upon, that by the time I'm watching them, they seem a little… well, boring.

Here's an example. Over the weekend, I watched My Dinner with Andre. Often credited with kicking off the American independent film movement in the 80s, the film is famous for featuring nothing but a two-hour dinner conversation with an unresolved ending.

If I'd never seen anything like it, I'm sure it would have blown me away. But the truth is, I have seen anything like it. I've spent the last twenty years watching talky, small budget films about big ideas, most of which are, no doubt, influenced by Andre. It doesn't make it a lesser film, or not as innovative, but, based on my exposure, I'd rather see Richard Linklater or Jim Jarmusch, clearly deeply influenced by this, explore the form. In order to fill the space and follow through on its conceit, Andre's runtime, and, to a lesser extent subject matter, ends up feeling indulgent.

Or, last night, I watched Withnail and I, considered by many to be  the best British comedy of all time. AND?! It was…okay. A bit funny, sometimes even hilarious (“How do we make it die?”), but also seemed a little…on the nose. I'd simply seen it already, just via pictures that came after it.

Are these fallbacks the fault of the films? No. They're mine. I do like films of all eras, and I am okay with their slower pacing and attention span requirements. I respect the past and the idea of roots and influencers, but sometimes, it's simply too late to see something with fresh eyes. 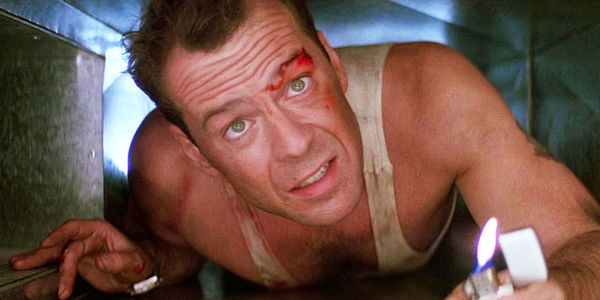 It reminds me of other genre-definers that left me shrugging. I saw Die Hard for the first time in 2010, and it felt…exceedingly generic. I don't even like it a little bit. I have heard ( and believe me, I. have. heard!) that its familiarity is because every modern action movie comes after Die Hard. It sets the standard, and the tone, and the reason it felt so broad is because those other movies, that I happened to see first, are copying its beats and tropes. Great. I don't begrudge it that. But I don't want to watch it. Too late.

Or, the 2001-2004 Lord of the Rings trilogy. I have not read the books, and I must be wrong about this, but boy, I was not moved an inch by them. Nothing in those nine hours strikes me as even remotely creative. There are good guys and bad guys, and the good guys are good because they're good and the bad guys are bad because they're bad, and they have a thing they want, and they fight about it. It's a tale as old as time (or as old as the early days of fantasy?), but with swords and talking trees. Maybe it's great, but I'm squirming in my seat.

Of course, I know Tolkien invented all that stuff. The funny names. The books with maps in them. He has my props. But, I can't see these with a new perspective… or rather, I can't watch these with that old perspective.

I do understand the cultural context of these films. I do, in my head, respect why and how they're important. But as viewer, watching them outside of that original milieu, I'm left totally unengaged. Because of their influence, it's too late to see them for the first time.

I wonder if other people have this experience. Is there a film, or album, or book that you read after first experiencing its protégés, to the point where you simply don't dig the original?

Please share your thoughts and examples in the comments below.