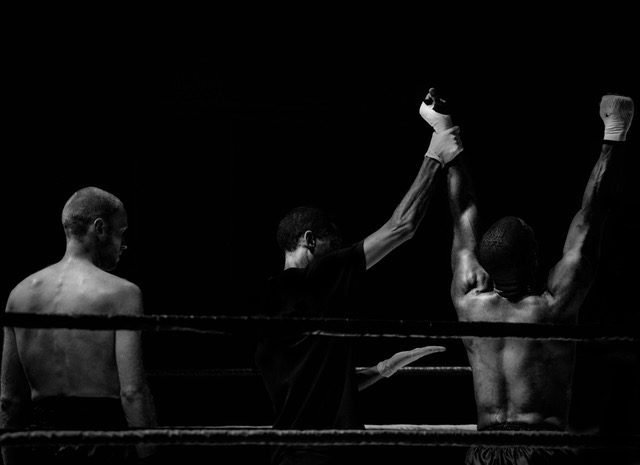 It's the classic finish to every story. The hero overcomes the odds, beats the villain, and rises victorious from the ashes of his enemy. But is that how life really works? The real world doesn't seem to support such a clear-cut approach to how we “win”. My experience so far tells me a very different story, and we'd all be better off if we marched to a much different rhythm.

I remember a few years ago talking to someone about their car buying experience. My friend said, “I told the sales guy I wanted the best deal they could give me while making sure they were taken care of.” With my opinion of car salesmen, it sounded like a stupid plan at the time, but it worked out well enough that he's gone on to buy many more cars, houses, and other big items with the same approach. Without fail, he say it's a better experience for everyone. The deals are still on par with what he would get with the hard-line approach, perhaps even better, but he skips the unappealing fight. Ever since, I've tried to look at the world in this way; and let me tell you, it works.

The shift in mindset is to a teamwork mentality, instead of a bare-knuckle battle. Sound like a big leap for you? Well here are the things that made it easy for me to shift it around and enjoy life a bit more. Hint: this isn't just about buying or selling, it applies to everything in life. Like your friend's new job or boat, or a promotion you wanted to snag at work.

1. There is always enough.

Contrary to popular belief, there is plenty in this world. Living a life with the mindset of scarcity is an internal issue, and has very little to do with the outside world. If you can train your mind to understand there will always be enough, it will stick. I have found enough money (with sweat equity of course), enough time (with proper priorities and boundaries), and plenty of work by being creative, positive, and consistent. You make more opportunities than you will ever find, and once you know where to look, there is always enough to get what you want. It hurts you substantially to feel like there are only a few nice houses out there and you're missing out, or that the only job promotion in the world just passed you by. When the ocean of opportunity opens up to you, there is a lot more freedom to do well and be rewarded.

2. Stop thinking that there has to be a loser when someone is winning. (And especially that it's you.)

You are not in direct competition with your peers at all times.  If you start to look at the person on the other side as an actual human that you want to succeed, everything changes. Life is a long game,It may be hard to cheer for someone else getting what you want, but when that day comes and you finally get something great, don't you want everyone to cheer you on? Pay it forward today and down the road you'll be much better off.

3. They're not evil for wanting to win too.

With very few exceptions, the other guy isn't evil. Their new house or job promotion was due to hard work and maybe some good luck, and it's unlikely they stabbed someone in the back to get there. Just because they suceeded doesn't mean they're morally compromised. Stop justifying success with the sliding scale of “well I'm just not willing to do (insert insult here) to win” thinking.

Abraham Lincoln once said “Do I not destroy my enemies when I make them friends?” So, if you join in and cheer on success in others, aren't you part of the winning team? Here's the thing, when you actively cheer on the success of others, you start to walk in it too. You actively participate in the growth of success, and that bleeds off. It's hard to stay poor surrounded by big thinking successful people, so jump on the ship and rise with the tide.

If you're willing to embrace the idea that there is always enough, that everyone can win, and can be passionate about other's success, big things can happen. The main reason is that the odds change. It's no longer a longshot to discover the promotion or the dream home, it's just becomes a matter of consistent, dedicated work, and with a cadre of friends cheering on your success, it happens faster than you can imagine.

I've been practicing these principles for a few years now, and I've been really impressed with how it's made me a better friend and confidant to the guys that I'm closest with. When someone genuinely celebrates your success, it just feels right. So, make the leap and start looking for the win in those around you.