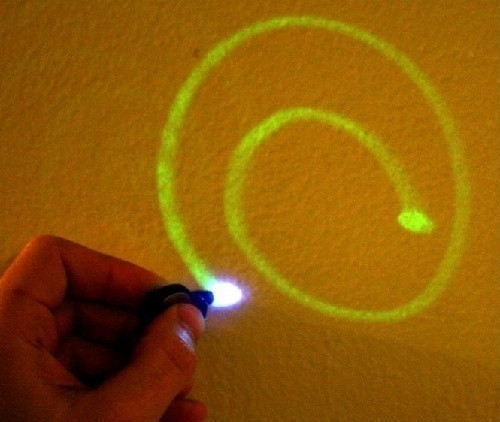 New improvements in special consumer paints have openned up all kinds of opportunities for  projects and home customization.

And magnetic paint on the back of this bathroom door turned it into a helpful storage solution: 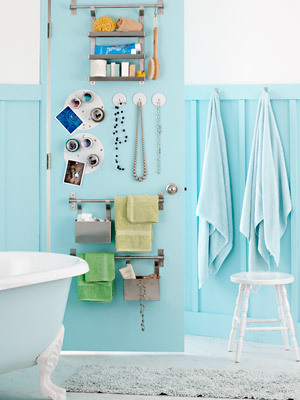 But, there’s a new kind on the special paint block, and it may be the best one yet: Phosphorescent paints that make anything they cover GLOW IN THE DARK!

PaulBo from Fangleelectronics used this amazing stuff to create an art wall, that’s eternally reusable…like a giant glow-in-the-dark Etch-a-Sketch. “We isolated a good amount of wall with painters tape, we just wanted it to be slightly taller than the kids. Then we put on 2 coats of white primer, 3 coats of the glow-in-the-dark paint and a couple of layers of varnish (so the kids didn’t immediately scrape off the latex based glow paint). After removing the painters tape, I was pleasantly surprised to see that the wall didn’t look much different.”

The wall can be activated with tiny LED flashlights, as in the top picture, OR with a big source of light, such as a camera flash, turning anything into a freeze frame shadow puppet! 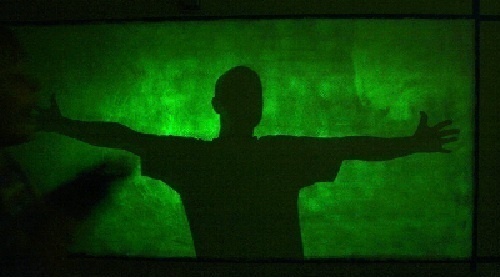 Learn more and see the rest of the photos at FangleElectronics.