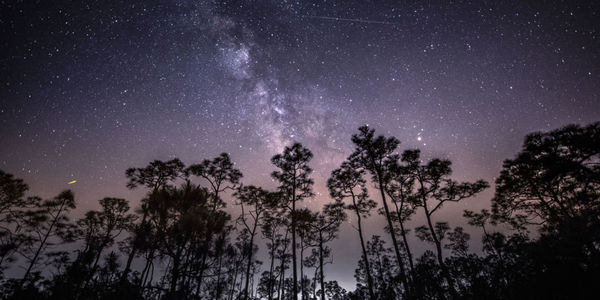 This August 11th and 12th will be the peak of what is traditionally the biggest meteor shower of the year known as the Perseids, but this year it’ll be the meteor event of the decade. Every year the Perseids features about 100 meteors per hour, but this week there should be double that due to the unique positioning of Earth’s orbit this year…

Popular Mechanics points out that:

This year, the Perseids are expected to contain meteors from comet trails laid down in 1862, 1479, and 1079. This means that some of the meteors that will impact Earth’s atmosphere next week broke off from the Comet Swift-Tuttle nearly a thousand years ago.

So pack an overnight bag and get out to the nearest under-the-radar wilderness and make a trip of it if you have the luxury. Or if you’re locked into a nine-to-five like most men, use this dark sight finder to locate the best viewing area around you. Don’t forget to bring a date. Or the kids. Or the dog. You get the idea.