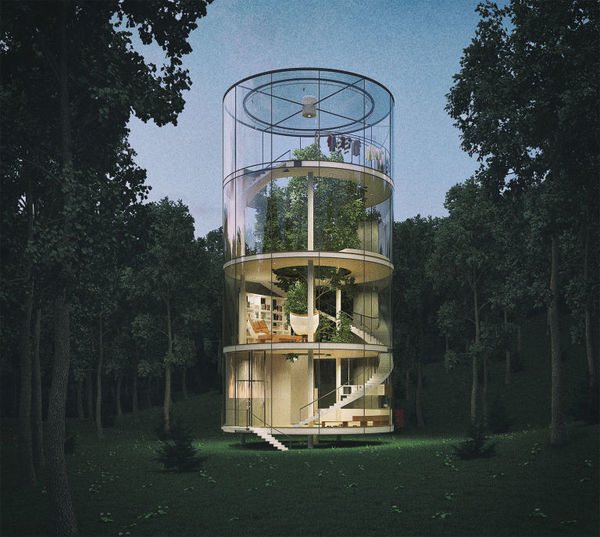 A significant number of my childhood fantasies revolved around tree houses – but this design by Kazakh architect Aibek Almassov just flips the whole idea on its head. Almassov originally designed the cylindrical glass house that entirely surrounds a fir tree in 2013, but his financial backers pulled out leaving the project in suspended animation. But everything is changing now that glass and solar companies are starting the conversation up again… 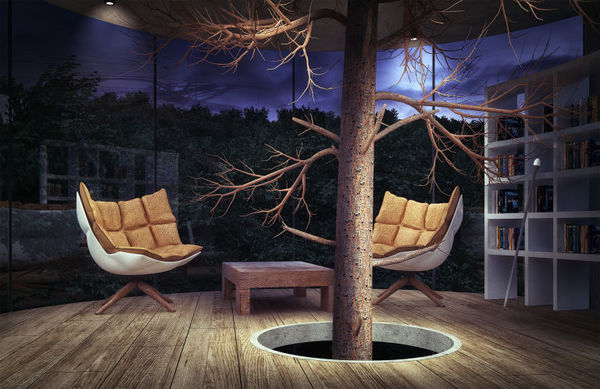 The one piece of design I don’t fully understand is how the bathroom works; or really just I’m just observing that it appears to be totally open to the wood through a glass wall as well. 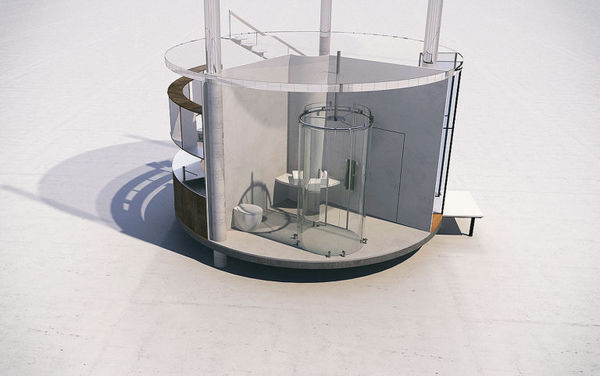 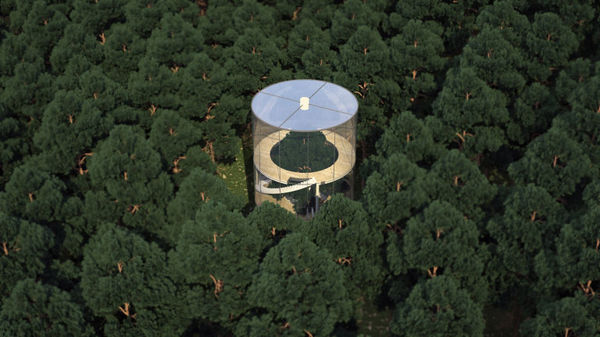 Almassov is hoping to begin construction on the project in early 2017 in Almaty, Kazakstan if all of the financing comes through.