Dowling Duncan have taken on a redesign that battles one of the greatest U.S.-, don’t-mess-with-it institutions this side of the flag – the dollar bill.

The results are an aesthetically, conceptually, and politically sensitive collection of bank notes that are, frankly, %#&ing amazing. 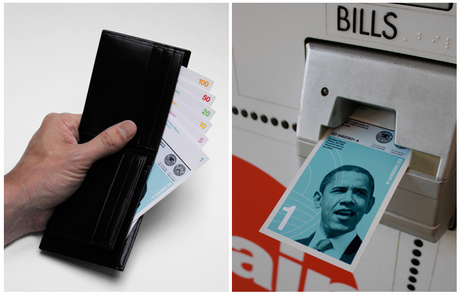 Each denomination gets not only a color update, but a size determined by its value, which, when stacked up, aids in organization. Each notes features imagery that connects to its value:

The use of Helvetica might make one question the ease of counterfeit production, but with banknotes like these, who cares? People might start actually using cash again.