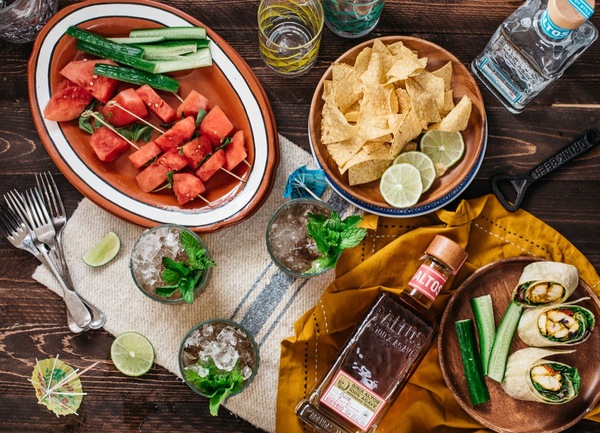 Last time we talked tequila, we showed you how to make a Pasado de Moda, an orange-and-tequila infused take on the Old Fashioned. Today, it’s time to celebrate Cinco de Mayo with a fresh and crazy flavorful cocktail, made with Olmeca Altos Reposado.

Cinco de Mayo commemorates the Mexican Army’s 1862 victory over the French in the Battle of Puebla. It is not, as people often think, the Mexican Independence Day (that’s Diez y Seiz de Septiembre). The holiday isn’t really acknowledged in Mexico anyway, but any time there’s an excuse to enjoy some tequila, we are most certainly a bordo. 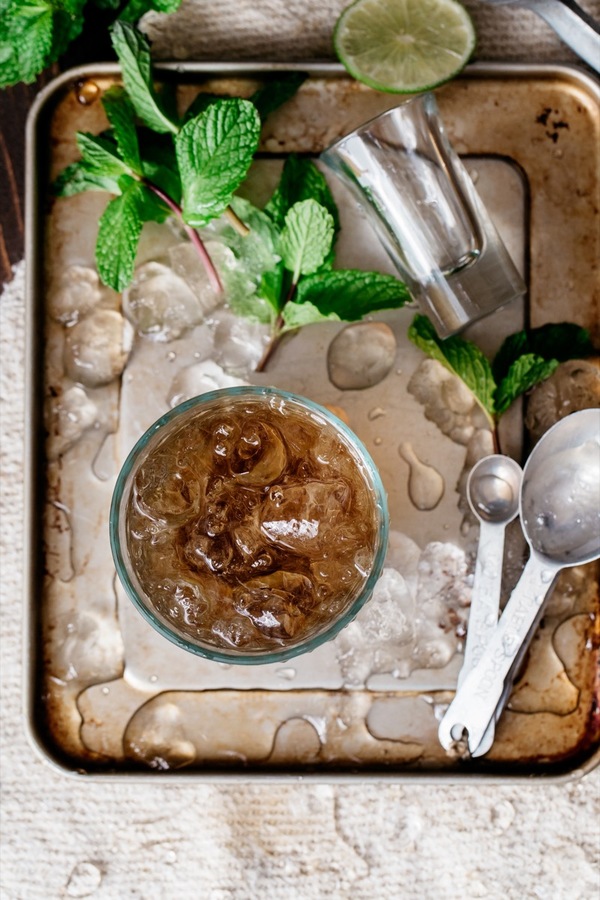 But cross cultural mashups don’t need a reason to exist! They are self-justifying! And they are delicious. And since we’re teaming up with Olmeca Altos this year on a series of tequila recipe posts, we have all the excuses we need to come up with a funky Meksikanskiy Napitok. 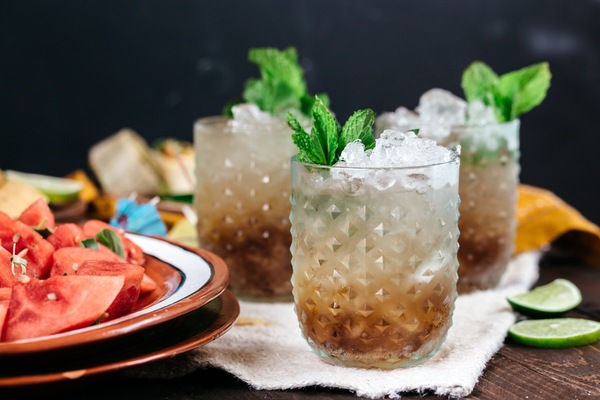 What’s with the Russian? Well, this cocktail begins with the same format as the Moscow Mule, which, as you know (what? you didn’t?) actually has nothing to do with Russia. It originated at the Cocks’n’Bulls restaurant in Los Angeles in 1941. Which, even on those old globes and maps from when we were kids that have the USSR in bright orange or pink, is not anywhere close to Russia or any of the former Soviet Union. The Moscow Mule is a simple combo of ginger beer and vodka, but since tequila is way better than vodka, we’re using that instead. To complement that bright agave flavor, let’s throw in a squeeze of fresh lime. And lastly, to echo another famous cocktail that tends to have its special day each year around Cinco de Mayo, we’re pulling in a bit of inspiration from the heart of Kentucky – the Mint Julep. Since Derby Day always falls on the first Saturday in May, we’re grabbing its signature crushed ice and plenty of fresh mint.

How about that for cross-cultural?

Place 8-10 mint springs in a rocks glass, and press with a muddler or heavy wooden spoon to release the oils. Add the Altos tequila and lime juice, and stir to combine. Fill the glass with crushed ice, then pour in the ginger beer. If there’s any room in the glass after it melts, add more ice. Grab a few more sprigs of mint, smack ‘en between your hands a little, then wipe them around the rim of the glass before placing on top.

Altos Reposado has a sweet, fruity, fresh citrus aroma that is complemented by cooked agave with vanilla and woody notes. It has a sweet and citrus taste with a robust yet pleasant body, accompanied by agave, vanilla and woody flavors. Our Reposado is aged for 6 – 8 months in 200 liter white American oak ex-Bourbon casks. 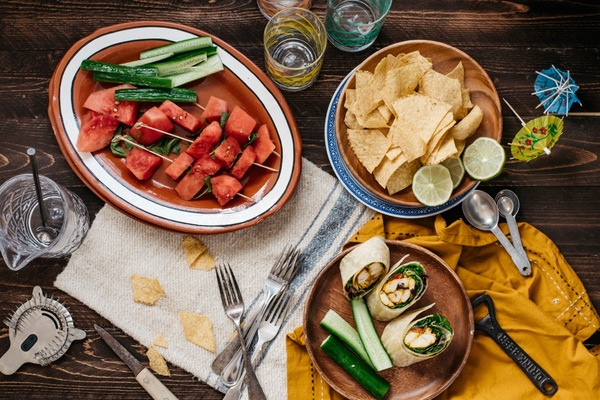 We didn’t have a red, green and white Mexican flag lying around (I know, right? WTF?), so we went for the next best thing: fresh green and red fruit skewers! This quick snack is ridiculously easy to make, but feels just unusual enough to be special. Plus, it’s not heavy like all those greasy, cheese-y Tex Mex foods everyone tends to slurp down on Cinco de Mayo to soak up all that inferior tequila they’re shooting.

This snack is fresh, bright, and respectable, and goes with a quality tequila like Altos perfectly. How do you make ’em? Just take big chunks of watermelon (red) and basil leaves (green), and impale those suckers on a bamboo skewer (white).  Serve them with some cucumber wedges (perhaps with a little chili powder sprinkled over them. Squeeze a little fresh lime and sprinkle coarse salt over everything,  Done and done. 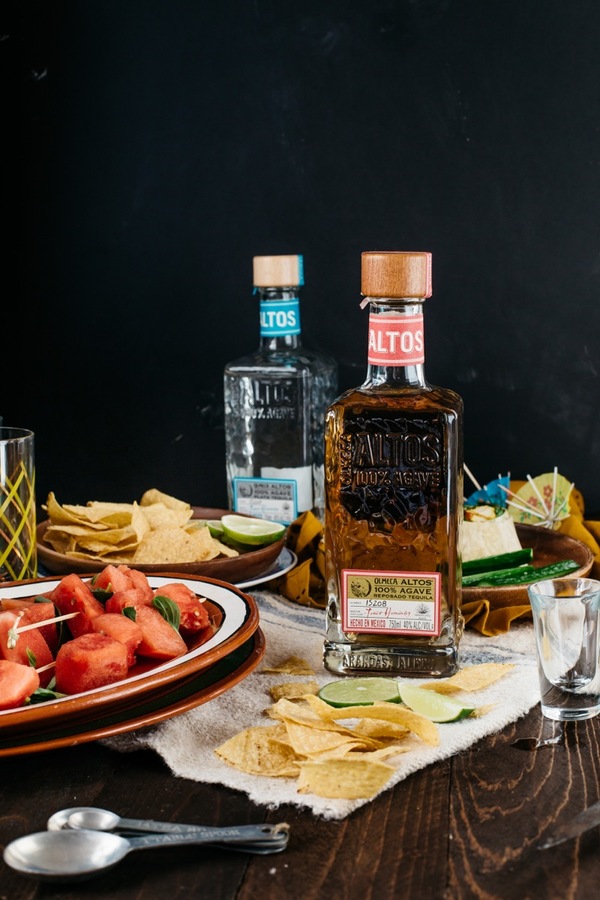 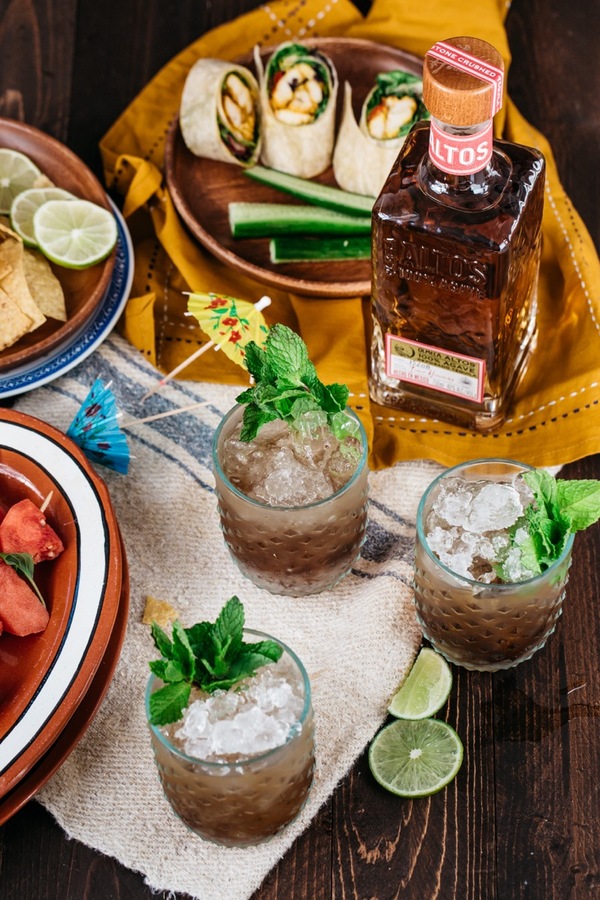 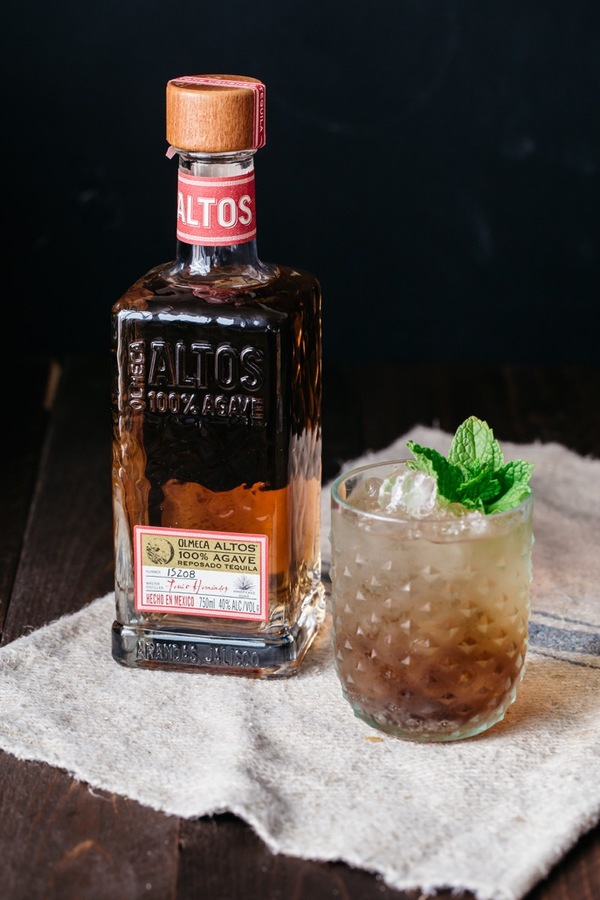 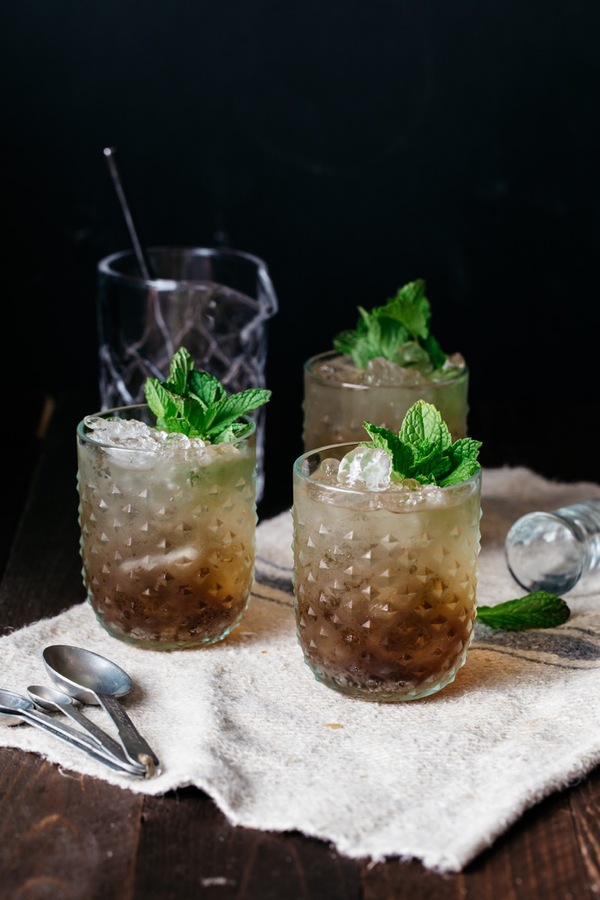 This post is sponsored by Olmeca Altos Tequila, but all opinions are mine alone. Thanks for supporting the brands that support ManMade.