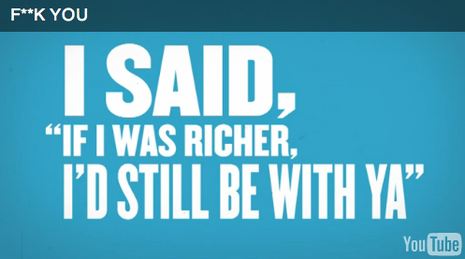 I may be a little behind on discovering this new video by Cee Lo, the vocal half of Gnarls Barkley and former Goodie Mob member. “F**k you,” the first video from his new solo album “The Lady Killer” is a is pure eye and ear candy. It features only the lyrics of the song, ever so slightly animated against brilliant colors. Stereogum says: “It’s a sunshining piano soul kiss-off just a shade off from Cee-Lo’s Danger Mouse jaunts, and sees him playing a character that is most definitely not based on his life: can’t afford his lady Ferraris, comparing his replacement to an Xbox while he’s just an Atari.” 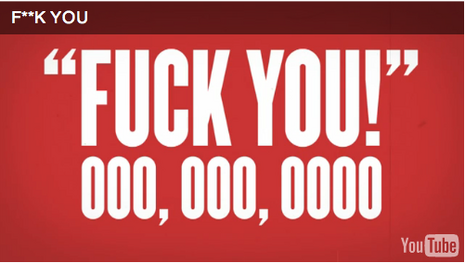 The typeface is Champion Gothic by Hoefler and Frere-Jones, and while there are rumors of a “proper” video coming soon, we’ll still prefer this one. Ooo, ooo, ooo.