The music video for Son Lux’s new single, “Change is Everything,” features roughly 4,000 animated frames, crafted only from string and ball head pins on a foam core background. 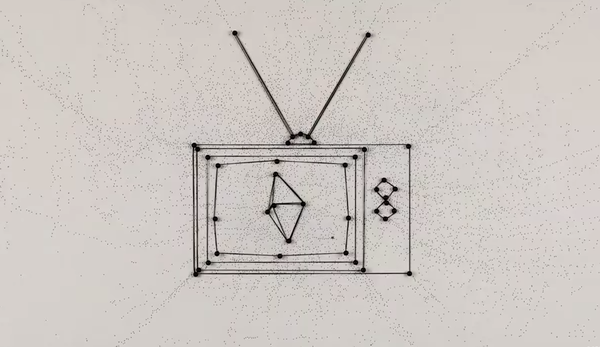 As the video develops, you see the holes left from the previous shots multiply and multiply, giving an awesome ghosting effect to the moving line art images.

Director Nathan Johnson of The Made Shop tells NPRMusic,

The first day we knocked out 535 frames (out of roughly 4,000)….By day three, the pads of my fingers were so raw that it hurt to move a pin. I didn’t know how I’d be able to keep going, but my wife, Katie found some rubber finger tips at Staples that helped dull the pain (though it also decreased our precision). We also didn’t realize that the surface of the foam core board would be blown out by day four. We got to the point where the board was so pockmarked that the pins would randomly shoot out and fly across the studio every couple frames. After that, we stocked up on a few more boards and started wearing safety goggles.

As for the song itself, it sounds like Station-to-Station era David Bowie to me, but with the big “whooaaa” group vocals that seem to keep popping up everywhere in the last few years.

Perhaps even more interesting is this making of featurette, which includes discussion of the tools and materials, the sketch video projected to make the string art images, and plenty of exhausted confessions from Johnson.

All in all, pretty cool. See more at the All Songs Considered blog: Son Lux’s New Video Is Kinda Mind-Blowing