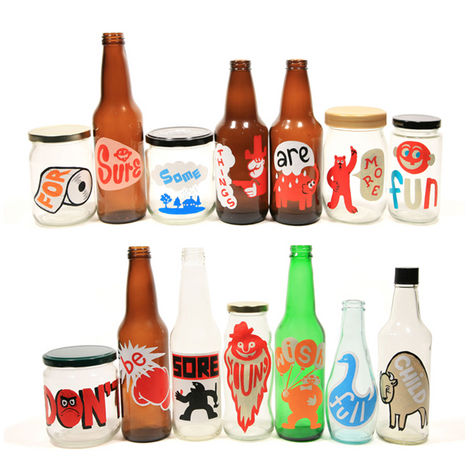 Wouldn’t it be great if you could belly up to a cafe table with a group of friends, order a round of beverages, and be served a line of these handpainted containers, complete with a bit of philosophy and a whole heap of fun? 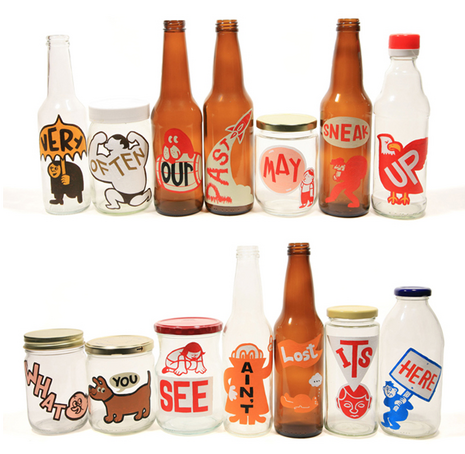 “Chris von Szombathy is a visual & auditory artist/producer, designer and writer residing in Vancouver, Canada. His work deals with modern social, visual and economic culture, with a focus on referencing pop culture products, advertising, character design and sound. His artistic background is within abstract forms of painting, communicative graphics/logos and conceptual art and is also strongly influenced and informed by his 15 year struggle with acute agoraphobia. He would ideally like his work to be easier to see than to not see and is currently working on his brush technique and bird-watching when possible. he is the serving musical director/producer for the groups Audio Ahdeo Awdio, Tour de Fours and Hard Times and is published by celebrated arts & graphic publisher Drawn & Quarterly.”