The Roman poet Ovid tells the story of Narcissus like this: the mountain nymph Echo falls in love with the vain young hunter Narcissus, and follows him into the woods. When he hears here, she shouts “Who’s there?” She’s so afraid, she only repeats after him, “Who’s there?” This continues until she rushes towards him, but he rejects her embrace. She’s so heartbroken, she spends the rest of her life in the glen, praying to Aphrodite to right Narcissus’ buff, and longing for her lost love until only her voice remains…hence, an echo.

Aphrodite heeds Echo’s request, and punishes Narcissus by having him take a drink at a river, and fall in love with the beautiful boy he sees in its surface. He stays there for days, and then when he realizes the image is a reflection of himself, he beats and stabs himself to his death. The bodiless Echo comes to mourn him, and the narcissus flower grew where he died. He continues to gaze at himself in the river Styx in Hades. (Other versions say that Narcissus drowned in the river having gone after his reflection, or that he stay and pined for the image so long that he wasted away).

Cool story, huh? (Thank you, Classics minor.) All that to say – humankind has been fascinated with images of itself for ages, from the early self-portraits to folks who daily preen and change their Facebook pics.

But this young man takes it one step further, by creating a complete clone from himself…out of paper. It seems like a daunting task, but apparently, he completed the project using only freeware software, some time, and of course, lots and lots of paper.

And you can too, as there’s a complete how-to on Instructables. 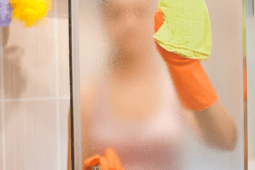