This is the third part of our four part series on homebrewing beer. So, with everything collected and prepared, it’s time to get the fire going and begin the first batch. Here’s a peek at what I’m brewing.   Vanilla Bourbon Barrel Porter

In this recipe, we’re working in a few additives to the fermentation process which will give a bit more variety into the brew. The smoked bourbon barrel flavor is brought in with Charred Oak Chips soaked in Bourbon, and a few split vanilla beans add a clean vanilla finish. Adding items during the fermentation process brings up the risk of contamination, so don’t dive into this complexity for a bit until the process is a bit more familiar. Those come in near the end, so let’s rewind and begin there. 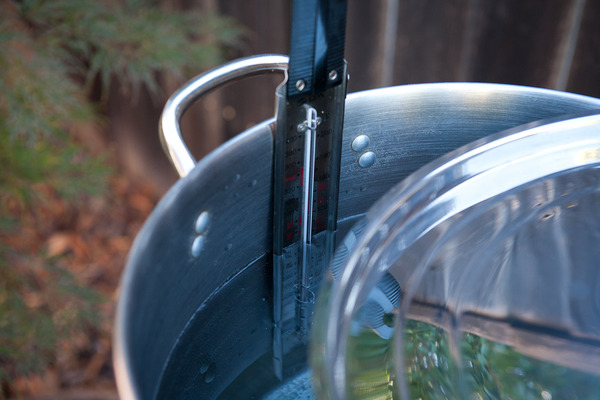 Be sure to store the fermenting beer in a dark area with stable temperatures around 60-65 degrees (a closet works well). With that, we’ll wrap up this part of the series and look ahead to the final article – Fermenting and Bottling your first homebrew.