A secret bookcase door isn’t the sort of thing you can just whip up over the weekend: assemble a quick IKEA bookcase, hang it in the doorway, and start stashing your stuff. Instead, it requires planning, creativity, and some clever design features to make it not just look like…well, and IKEA bookcase hanging in a door way.  But, done well, it’s a feature I can’t imagine anyone wouldn’t like. At least, I don’t want to meet the person that wouldn’t.

Vancouver-based Instructable-r MakeNDo created this clandestine masterpiece entirely from scratch – new, custom bookshelves, and, most interestingly, ” a unique locking mechanism based on a sliding book, multiple secret compartments inside the bookcase (aside from the big one behind it!), and it’s fitted with electronics that generate some geeky but fun sound and light effects.” 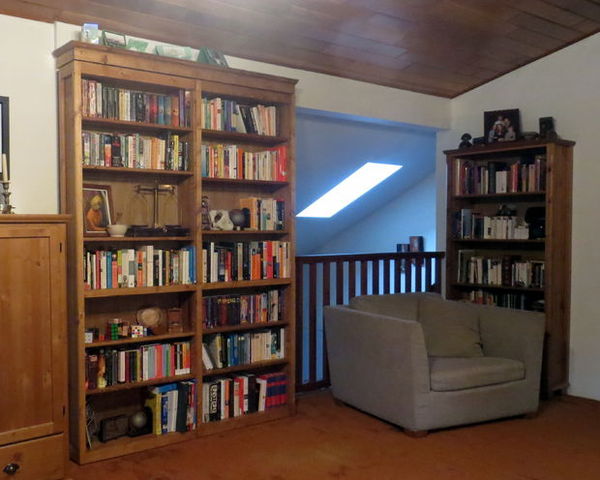 For an original ManMade take on something you could put together over a weekend, check out How to: Make a Secret Bookshelf Stash and Storage Spot