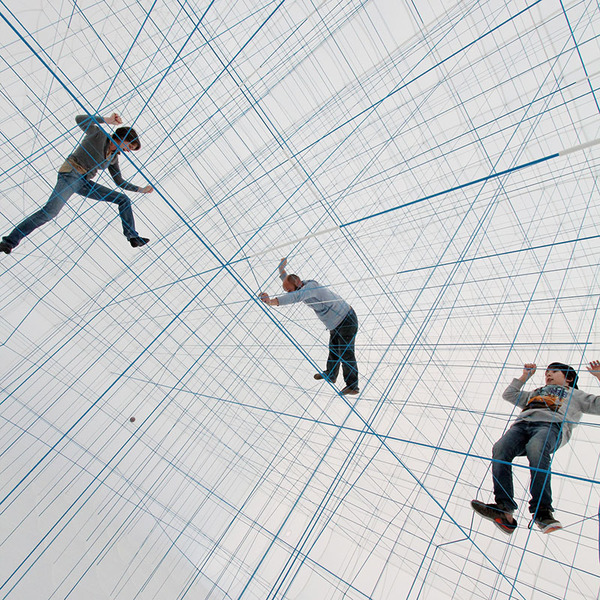 Croatian-Austrian collective Numen/For Use have created “String Prototype,” a fully-functioning massive inflatable jungle gym-like structure made up of a grid of strong cables. 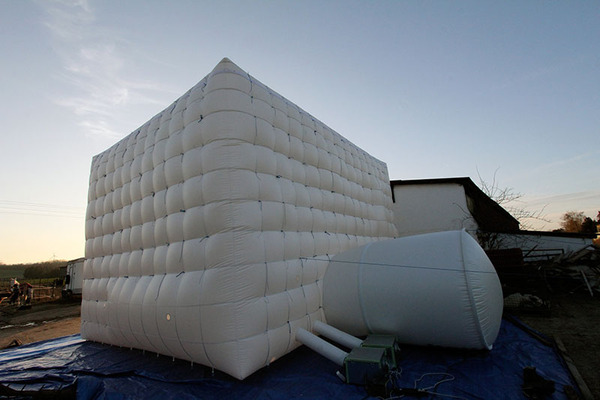 The whole thing operates under the same principle as a so-called “bounce house,” where air is pumped into the structure and is able to create enough tension to make the cables strong enough to climb on. The whole network seems to be dense enough that it’d be almost nearly impossible to actually fall from any significant height, making the adventure more like a puzzle to climb to the top rather than a feat of speed or strength. 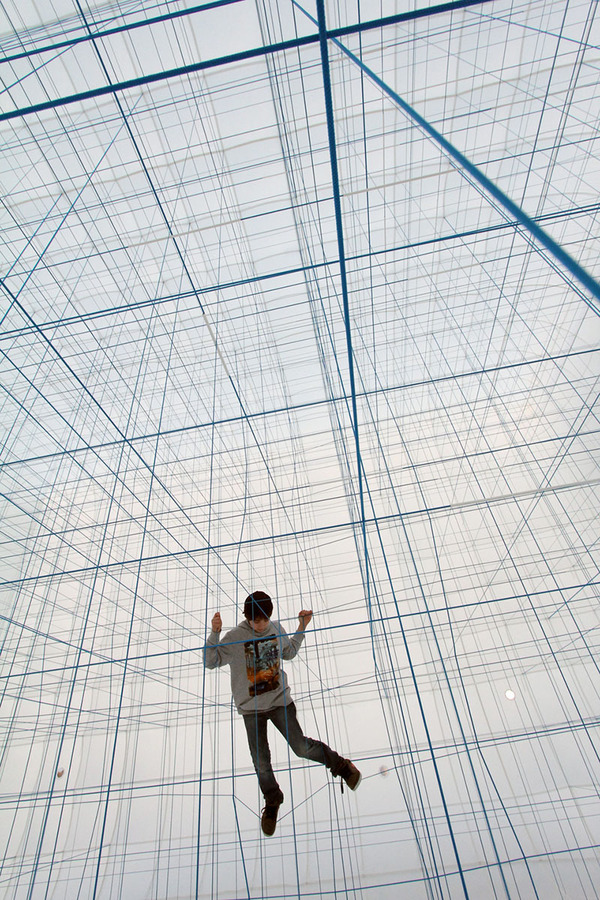 The designers describe the project:

“When the volume deflates, the ropes get loose and lay on the ground enabling compression of the installation. When the object inflates, the ropes tense to a perfect line again, strained enough to carry the weight of a human being. Bodies entrapped in 3D grid, flying in unnatural positions throughout superficial white space, resemble Dadaist collages. Impossibility of perception of scale and direction results in simultaneous feeling of immenseness and absence of space.”