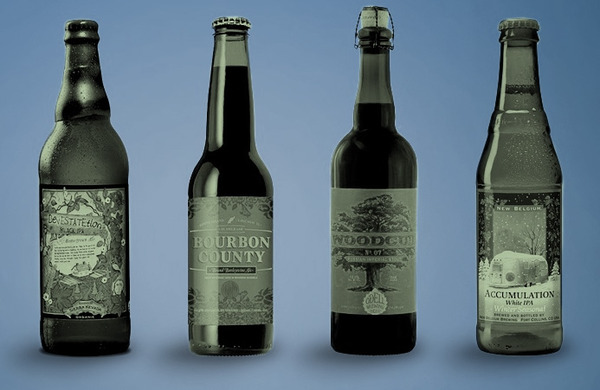 For Christmas a few weeks ago, I gave my wife a collection of home brew equipment. (That’s right, she’s awesome.) It was too big to slip under the tree, so I stuck it in the garage under an old drop cloth and then snuck it in while she was fiddling with the stockings. Over the weekend, we cooked our first batch (more on that soon), butof course, it won’t be ready for a few weeks.

While we wait for something tasty to happen, I’m consulting this list from First We Feast. A team of tasters and experts gathered to pick their favorite releases from last year.

Let’s be honest: What you really want to know is, out of the hundreds (if not thousands) of new beers that hit the market this year, which are actually worth hunting down? Everyone’s opinion on the matter is subjective, but certain folks—namely, beer writers, publicans, and other industry pros—were lucky enough to drink a lot more beers than the rest of us in 2013. With a wider sample size, they can provide a clear-eyed (well, as clear-eyed as you can be after a few pints) view of which beers are a must-order if you see it at your local bar or on your travels.

According to my Untappd account, I’ve only had one (the Stillwater Classique), so I’ve got plenty to check out before our own bottling day.

See the full list and reviews at First We Feast: The Best New Beers of 2013