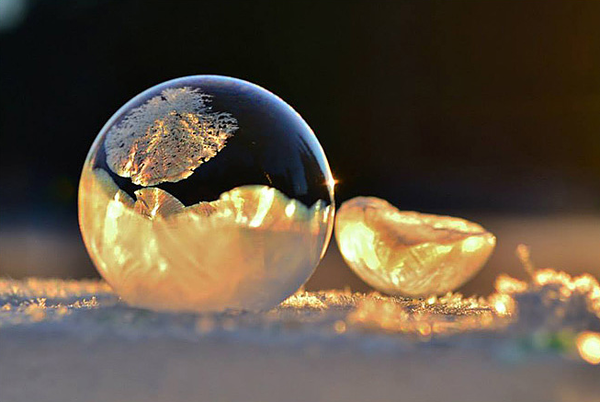 It’s cold today. Like, extra special cold. Where I live, it’s the coldest it’s been in twenty years, and the same records are being broken all over the United States and Canada.

Cold enough that most of us could try out this project from Washington-based photographer Andrea Kelly: frozen bubbles. There’s not much of trick: just mix up some DIY bubble solution using only dish soap, corn syrup, and water (here’s a recipe), then bundle up and head outside.

[My son and I] blew the bubbles across the top of our frozen patio table and also upon the hood of my car and then we watched in awe as each individual bubble froze with their own unique patterns…We noted how they would freeze completely before the sun rose but that once the sun was in view they would defrost along the tops or cease freezing altogether. We also noted how they would begin to deflate and implode in on themselves making them look like alien shapes or in some cases shatter completely leaving them to look like a cracked egg.

She also noted that when it was extra cold, some of the smaller bubbles would freeze in the air and drop to the ground. 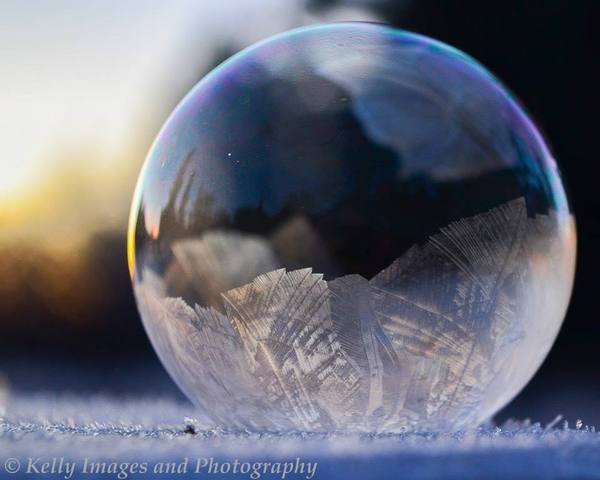 See more at KomoNews, as well as Kelly Images and their Facebook page

[All photos: Kelly Images and Photography]