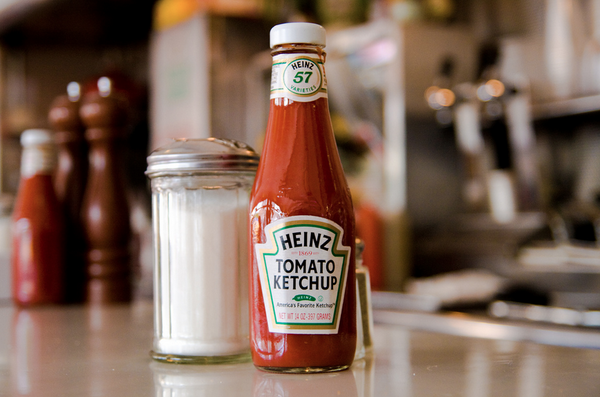 The ketchup bottle, that eight or so inches of clear glass and familiar logo that sits on every formica diner table across the U.S., serves as a prime example of invisible design: most of us don’t even notice it, but when it becomes time to use it, its put into play and works exactly as intended. 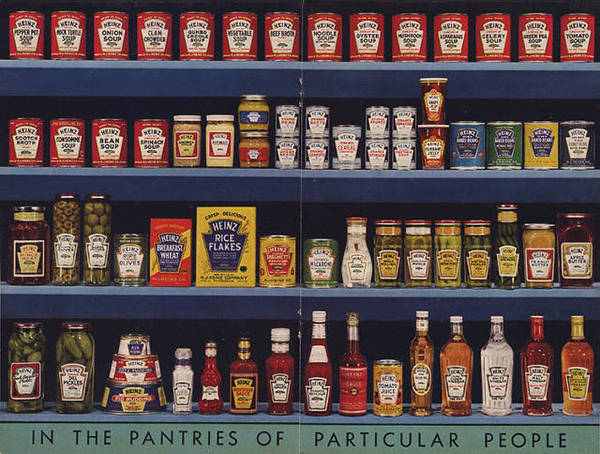 It turns out, the Heinz 57 bottle has a pretty fascinating history, and some clever built in features.

That ketchup is non-Newtonian is the main reason why getting it out of a glass bottle is so slow. Allowed to flow naturally, ketchup only travels at a speed of 147 feet per hour. The only way to speed it up is to apply force, which through the principle of shear thinning decreases the ketchup’s viscosity, and thus increases its flow rate…

But despite common opinion, the bottom of a bottle of Heinz Ketchup isn’t actually the best place to thump it. If you apply force to the bottom of a bottle of Heinz, the ketchup closest to where you smacked will absorb most of the force of impact. It will flow freely, but the ketchup that is viscously clogging the neck and mouth of the bottle won’t, leaving you no better off than you were before. The solution is to trigger the shear thinning effect at the top of the bottle, not the bottom. That unclogs the mouth and lets the ketchup below to freely flow.

So while the substance of Heinz’s “57 Varieties” label may be just a fanciful whim on the part of the company’s creator, its positioning is deliberate. It’s a target. By simply tapping the label with two fingers, you create the optimal conditions for shear thinning, transforming non-Newtonian ketchup into a free-flowing liquid. Physics!

Though, that thing about fifty-seven varieties? Totally not true.