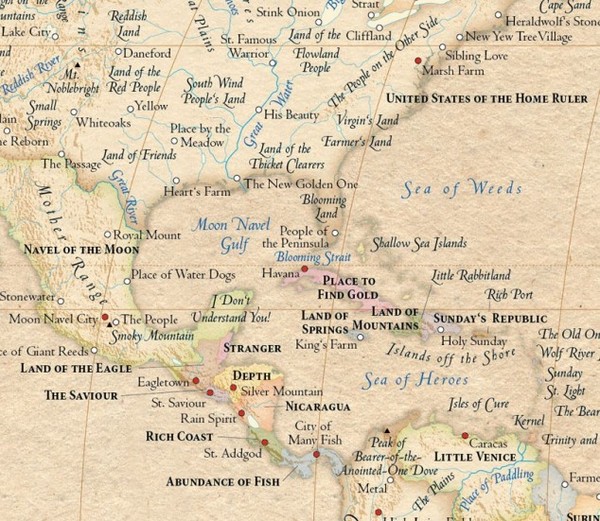 Okay…phew. I know that’s a somewhat strange post title, but this project is fascinating and totally worth sharing, if not eloquently. The “Atlas of True Names” is a series of maps that substitutes the official names for cities, states, countries, and geographic areas with the meaning of their names in their original language….etymological topography!Some of the translations are literal and some more poetic, but the most fascinating aspect to me is to see the interactions between the languages and cultures in any given area. Check out some of these detail shots: 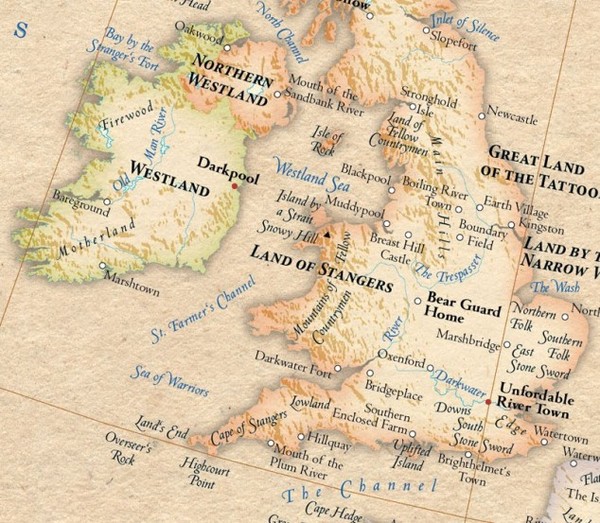 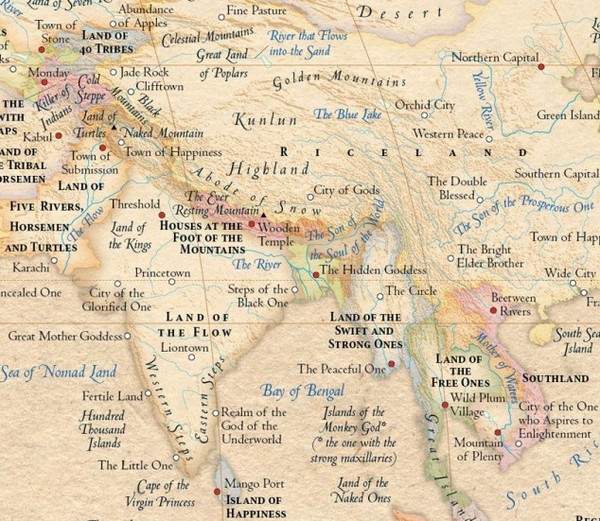 There’s also a more in-depth version of the U.S.: 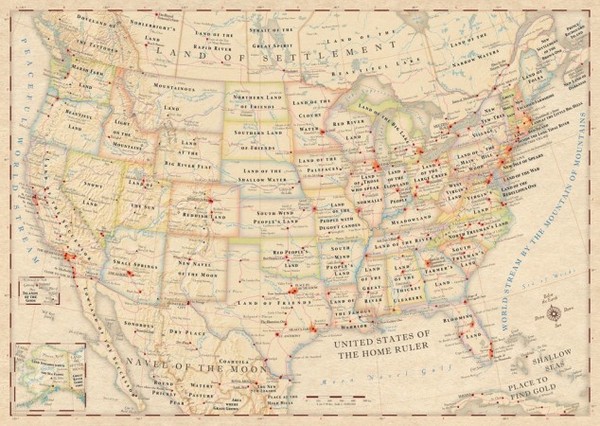