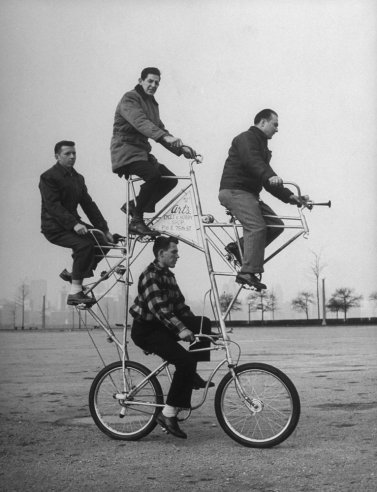 The Time Life archives are featuring this fascinating story from the December 27, 1948 issue of Life magazine – “Hell on Wheels: Life on Mutant Bicycles” It highlights these hilarious/awesome/inspiring photos from a group of Chicago bicycle enthusiast who were experimenting with frames, wheels, and DIY bicycle accessories. You know, like this two person job, the “Gangbusters Bike” which “mounts 13 shotguns, two revolvers, six bayonets, flare gun.” Just in case? 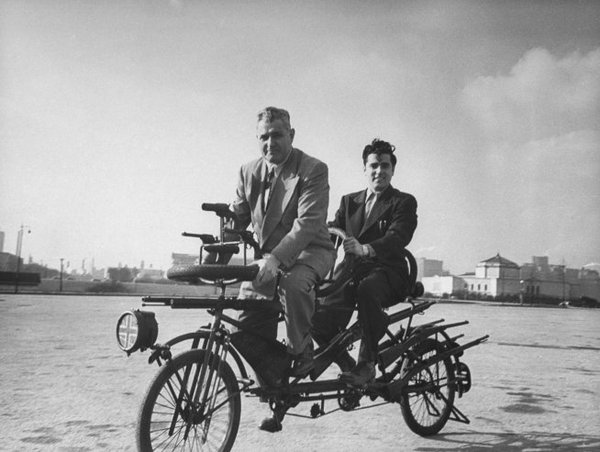 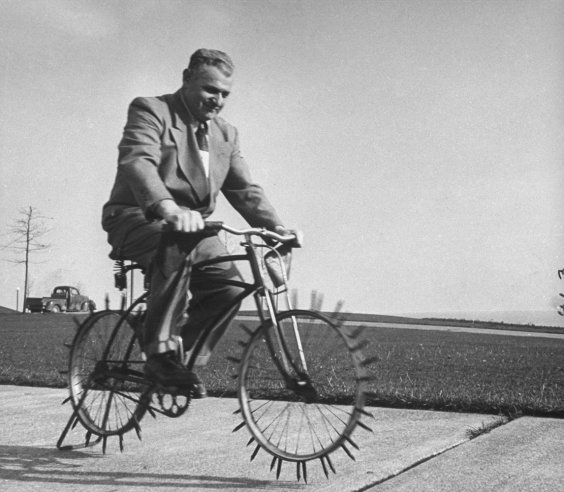 Caption from LIFE. “Ice Bike, with protective mittens on handles, is Joe Steinlauf’s own solution to Chicago’s icy winter streets.” 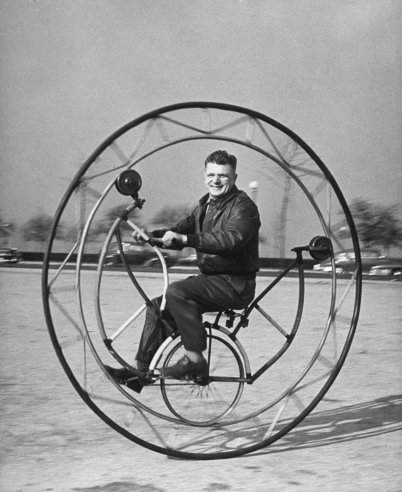 Caption from LIFE. “Uno-Wheel, if braked suddenly, has been known to spin its rider round and round inside the big main wheel.”

Hell on Wheels: Life with Mutant Bicycles [Time.Life.com, via BoingBoing]