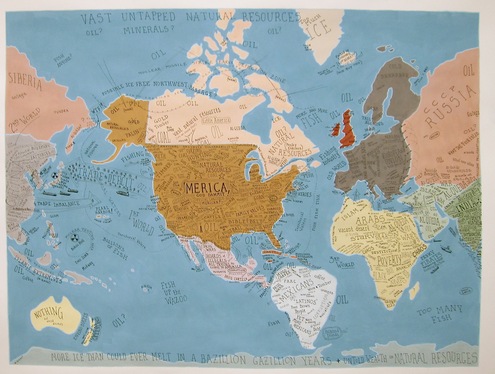 You could get lost for hours inside artist Sandow Birk’s  hand-painted two-part series, “A Conservative Map of the World” (above) and “A Liberal Map of the World” (below). Seen in light of Birk’s other work – such as “American Qu’ran,” “The Depravities of War,” and “The Rise and Fall of Los Angeles,” these pieces become more than just humorous topography, but engaging illustrations exploring the postive and negative aspects of either viewpoint, and perhaps on a global economy in general. Stereotypes? Yep. That’s likely the point. 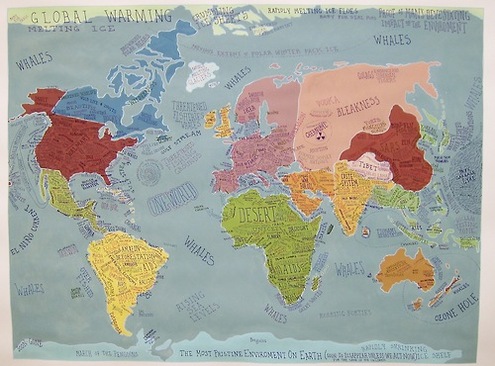 See them in high-resolution, where you can read all the details, at Birk’s site: