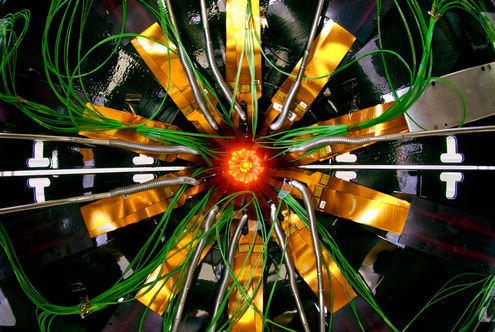 Equally fascinating is this incredible machine, the Large Hadron Collider in Geneva, Switzerland, a four billion dollar “machine” which consists of 17 mile tunnel, whose “synchrotron is designed to collide opposing particle beams of either protons at up to 7 teraelectronvolts (7 TeV or 1.12 microjoules) pernucleon, or lead nuclei at an energy of 574 TeV (92.0 µJ) per nucleus (2.76 TeV per nucleon-pair).” Duh. 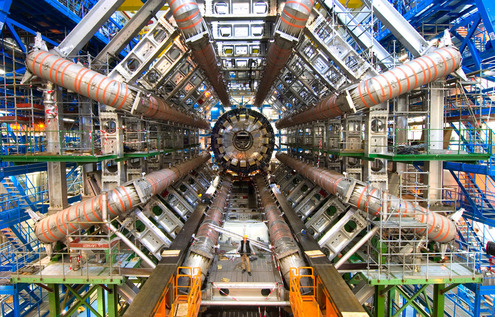 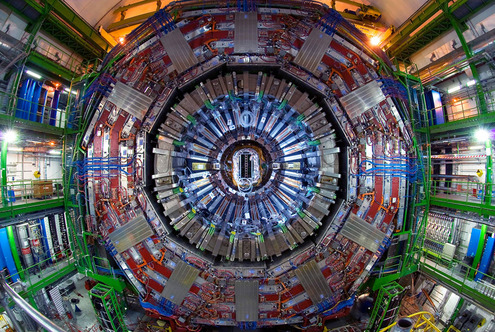 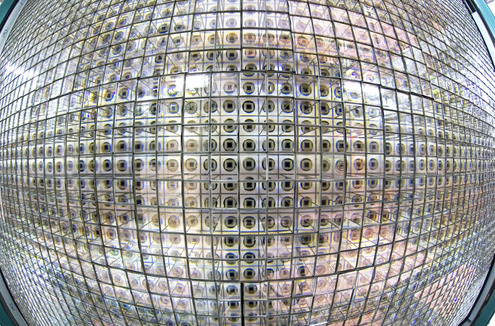 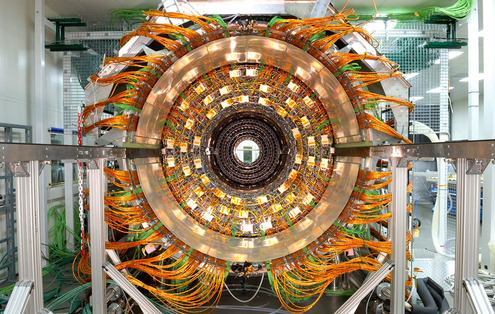 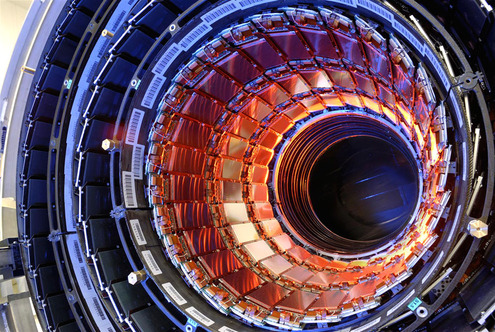 Head to The Atlantic to see all the photos and learn more about what’s going on. Then, scroll up and down the page as fast as you can and let your eyes blur…trippy.