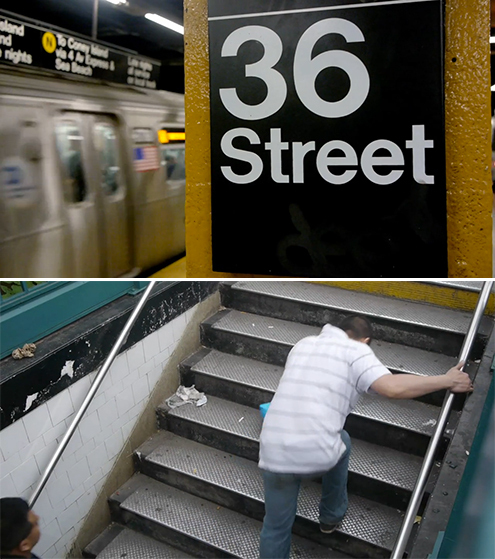 New York City’s subway system is full of unpredictable excitement. Most of the action happens inside the trains, or at least on the subway platforms. Dean Peterson, however, decided to explore a quirk that people encounter as they’re leaving the subway station: a single step on a stairway that’s a fraction of an inch higher than the others. It’s just high enough so everyone trips on it.

Check out this amusing video Dean made that documents the havoc that this renegade step wreaks on commuters.

I’m not laughing at other people falling down, but since no one got injured, I do find this a fascinating phenomenon. So how long do you think it’ll take the MTA to fix that stair now?