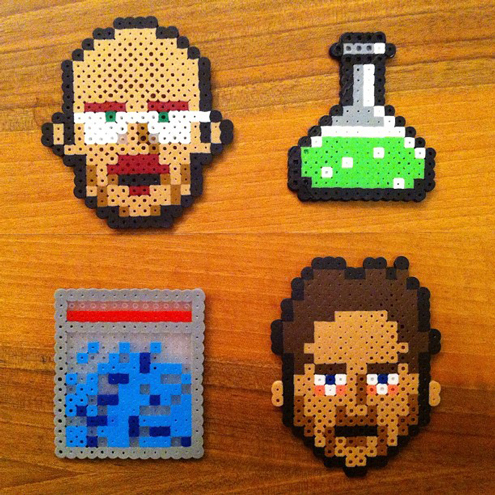 If you’re looking for a new craft project, might I suggest making pixel art with Perler beads. Remember those things from when you were a kid? The little plastic beads that you arrange on a pegboard and then fuse together with an iron? Perler bead pixel art is great fun because it’s geeky, nostalgic and it’s a blast to see how realistic you can make things with just a few colors and beads.

The basics of working with Perler beads isn’t complex (heck I basically described the whole process in the 3rd sentence of this post), but if you need a little refresher course, or want to see some of the things I’ve made, then read on! 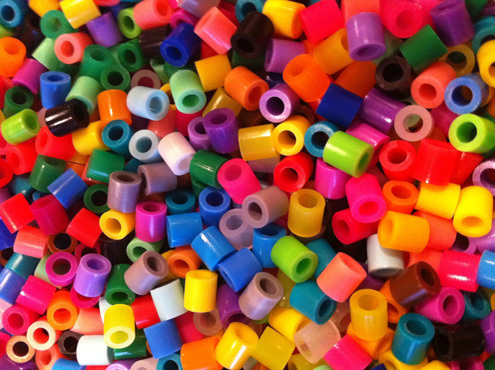 I like to create my designs in Photoshop first. Some people will draw out their patterns on graph paper, but I prefer the speed with which Photoshop affords, not to mention the ability to easily change colors around.

There are basically two ways I make Perler bead patterns with Photoshop. The first method is to just draw from scratch, using a 1px brush and zoom in to about 3200%. This was the method I used for making the Breaking Bad pieces pictured above. The second way of making patterns is to take an existing image that I find on the web, size it down in photoshop so the dimensions are usually around 20 px on either side and then even out the colors with the paint brush to ensure there’s proper contrast and not too wide of a color palette being used (the color palette all depends on the number of colors you have available in your Perler bead collection).

As I mentioned, I drew these Breaking Bad pixel creations from scratch. Making pixel art is a lot of fun because it challenges you to make the best representation of an object/person as possible with a limited number of pixels and colors. For me, it’s sort of like solving a puzzle. So I made pixel-y portraits of Walter and Jesse, plus a chemistry beaker and a baggie of blue meth (I’ll admit, since Perler beads are aimed at kids, there probably hasn’t been a lot of meth-inspired Perler creations…)

Here’s the pixel patterns I drew in Photoshop: 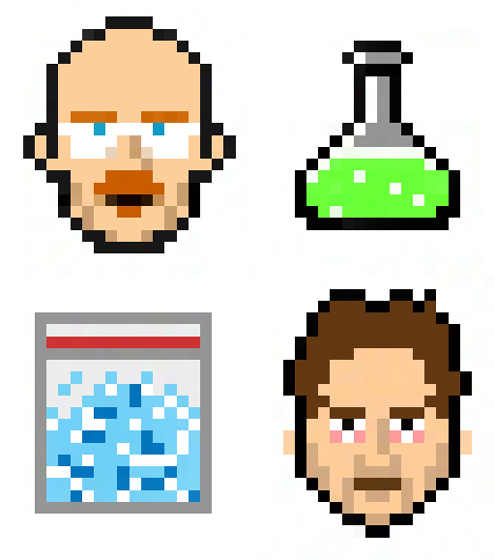 Then the fun part (or tedious part depending on how you look at it) begins! Pixel by pixel, assemble the Perler beads on the peg board so it matches the pattern. If you haven’t used Perler beads since you were a kid, you may be surprised by how slow this process is. It’s especially slow and tedious if your Perler beads all came in one big bucket with all the colors mixed together, as opposed to individual packages sorted by color. Digging through the mixed bucket to find enough of a particular color can be time consuming, but it’s all part of the process I guess! 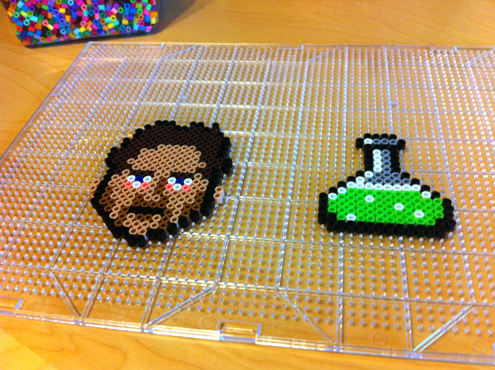 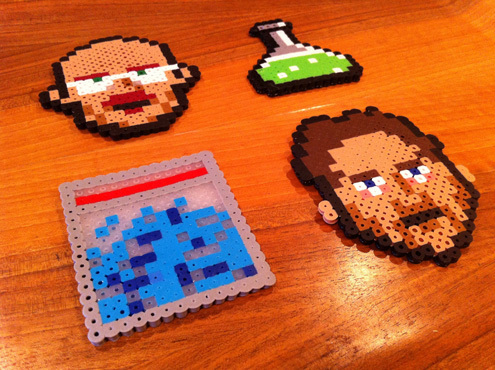 From here, the possibilities of things you can make with Perler beads are endless. Here’s an example of other pieces I’ve made: 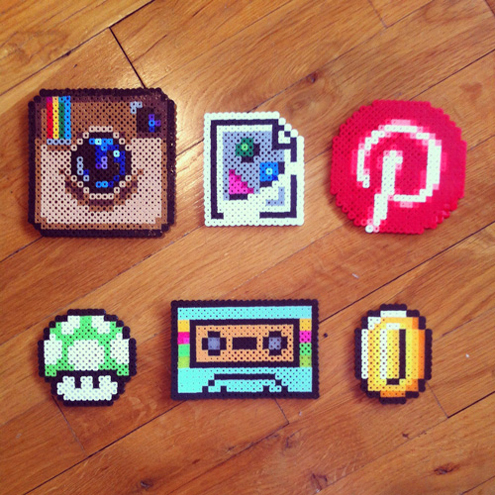 So there you have it! Go pick up some Perler beads (they’re cheap) and starting making some pixel art!