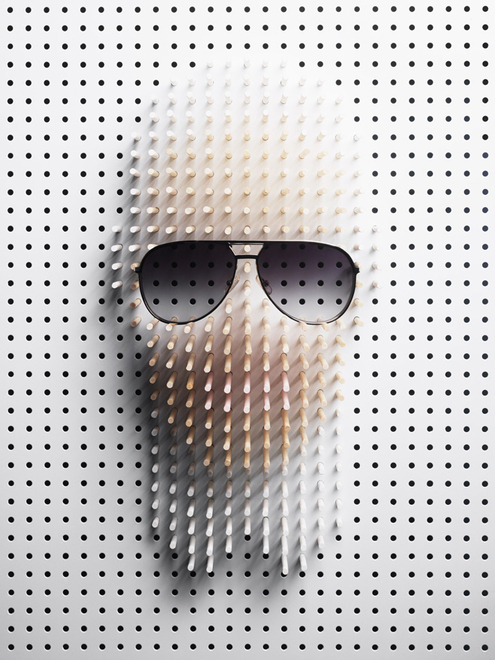 Swedish photographer Philp Karlberg came up with this rather clever means to sculpt some famous faces using colorful pins and carefully placed lighting. 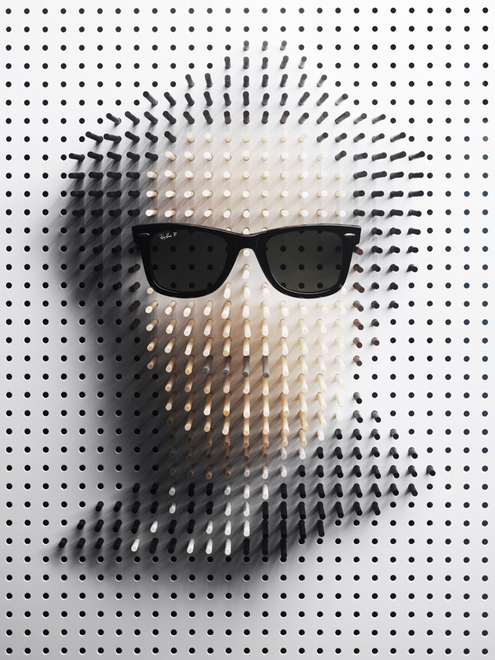 A couple of months ago I came up with an idea I have had in mind for years. I just did not know what I could use it for. But then I did a test with sunglasses, and it really turned out great. So I sent an image with the test to Plaza Magazine, and a week later I started shooting. It was a real challenge to ‘sculpt’ the faces of some classic wearers of sunglasses. It took me 6 days to shoot the 6 faces, and around 1200 sticks were used. 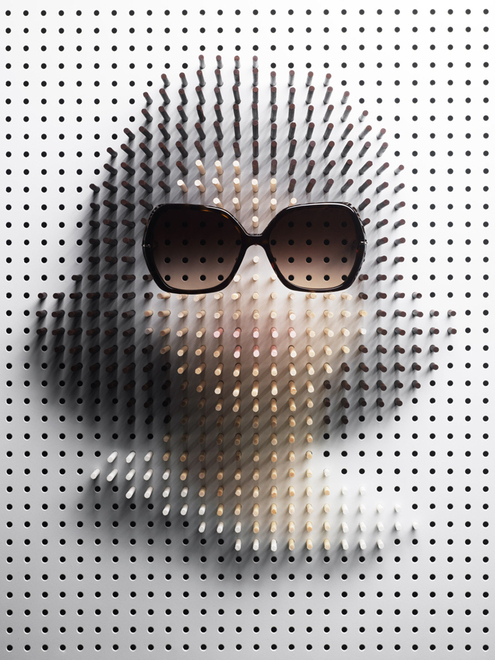 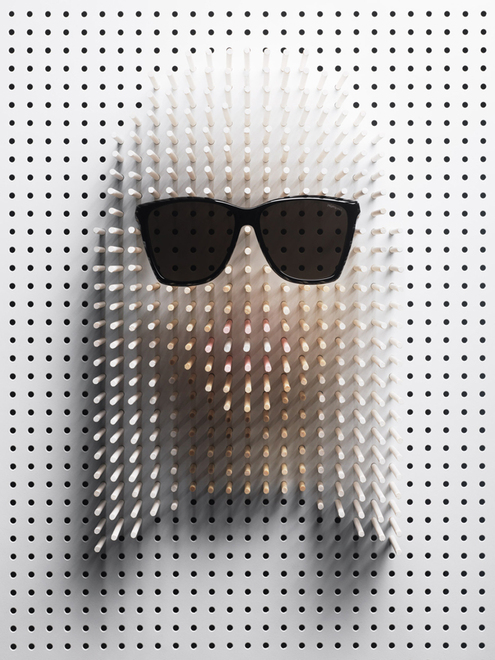 I’ll admit. I can only get four of these, and I’m not entirely sure my last guess is correct. Can you make out all the famous faces? 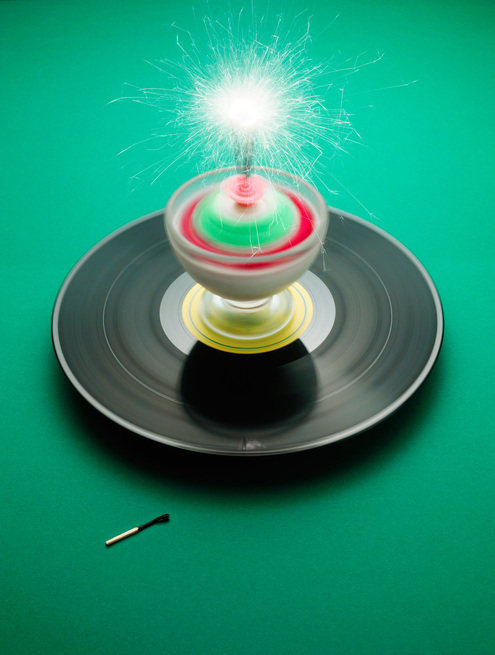