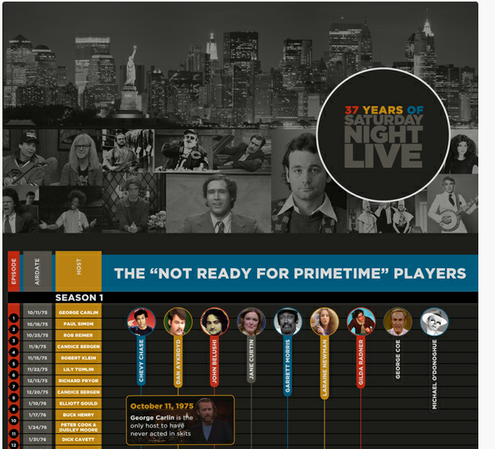 To honor the many, many cast members from the past four decades, CableTV created what is likely the world’s loooooongest infographic, featuring every cast member and featured player from each season.

The chart also includes plenty of memorable moments, such as all the presidential impersonations, plenty of fun facts, and the accidental f-bombs aired on live television: 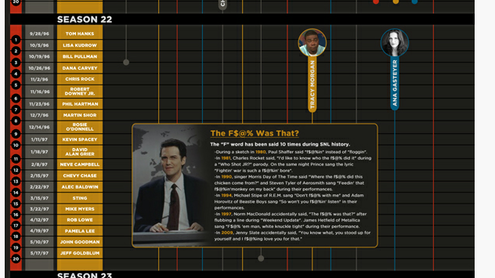 Definitely worth a scroll.