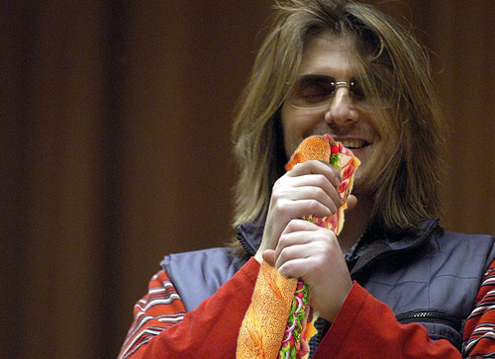 Last week marked the seventh anniversary of the death of comedian Mitch Hedberg, the absurd comedian know for his perfectly crafted one-liners and non-sequiters.

While they may have been recorded primarily to earn some spare change (Hedberg is explicit about his “contractual obligations” in the spots), these recordings find Hedberg’s sense of humor fully intact. One of the most striking moments comes when Hedberg first breaks from his signature slurred delivery, a key part of his stage persona. Otherwise the jokes come naturally to Hedberg, whose comedy was more loving than sardonic—and who was especially fond of joking about food (including bananas, burritos, Rice Krispies, rice…).

It’s the next best thing to another posthumus comedy album. For more Mitch Hedberg goodness, check out these minimalist quotes etched into wood: 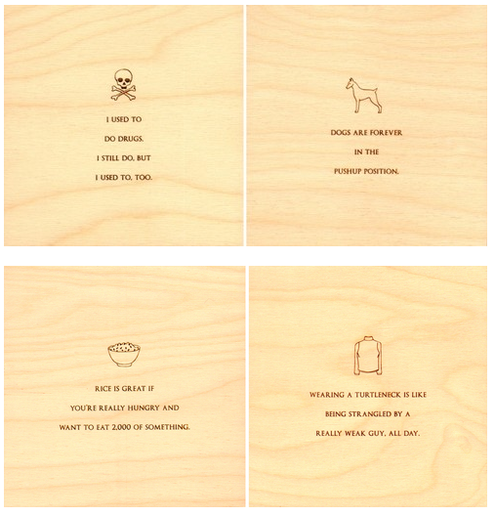