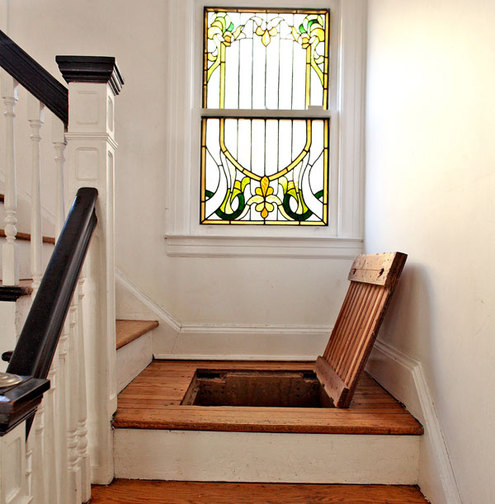 When architecht Eric Schiller was inspecting the oak staircase in his Victorian-era home in Prospect Park, Brooklyn, NY, he noticed a curious rectangle on the landing, an out of place solid slab amidst the planking of the floorboards. He located a small thumbhole, and lifted the slab to discover a secret storage compartment. For liquor! 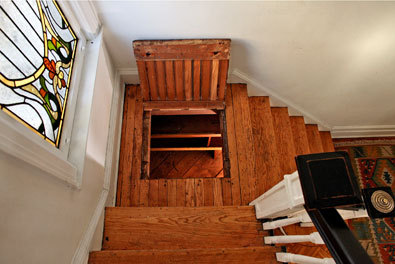 Added during the Prohibition Era,

four-foot-deep space lined with shelves and containing a ladder down which a relatively nimble individual could have made his way to retrieve a well-concealed bottle of port or aged whiskey. “This was an affluent area during Prohibition,” Mr. Schiller said, “and it was in these spaces that people kept their private stashes of illegal booze.” He likes to picture long-ago owners eluding authorities through the magic of architecture.

Read more about this cool space and four other hidden rooms and compartments at: