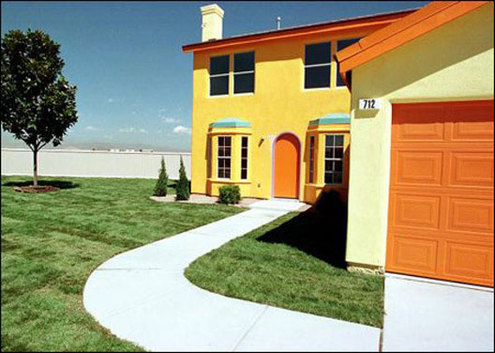 A long, long time ago, before the advent of blogs and Twitter and Pinterest and other cool ways to share photos with your friends and followers…back in the time of silly things like email forwards and live chat rooms, somebody built a real life version of 742 Evergreen Terrace…the house from The Simpsons.

Built as a partnership between Fox televison and Pepsi in 1997, the results were 2,200 sq. ft. of bubblegum-colored imagination, built by Kaufman and Broad Home Construction near Las Vegas, Nevada. 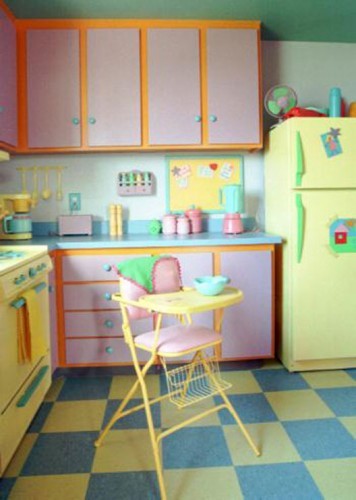 The edifice was designed by watching more than one hundred episodes of the series, and selected an ultimate palette of twenty-five colors and installing more than 1,500 Simpsons-alike props and features. 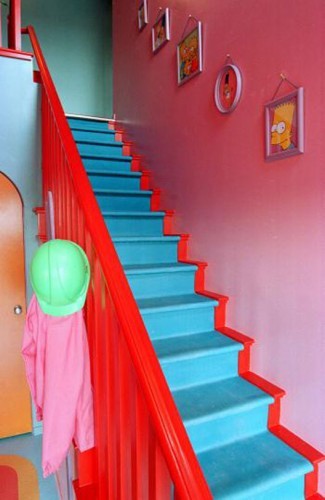 But, alas, here’s the kicker:

Part of an affordable-housing community—not Evergreen Terrace but still appropriately named Springfield—the house cost Kaufman $120K to build. And here’s the extra-depressing part: the retired factory worker from Kentucky who won the sweepstakes decided, instead, to take the $75K payout instead of the house itself. In 2001, after being stripped of its Simpsonslikeness, it was sold to another owner.

See all the photos and learn more at Curbed