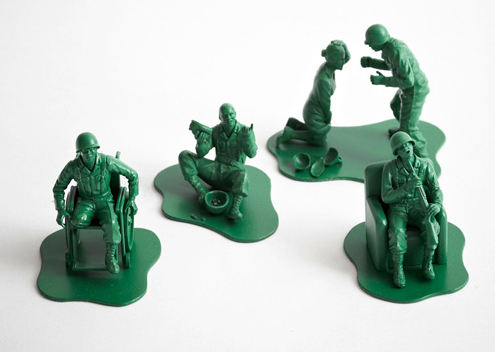 Casualties of War is a sobering series of plastic toy soldiers by the design collective Dorothy. At first glance, they might seem like ubiquitous green army men, but when you look closer you’ll see that they are actually depicting the personal hell that returning soldiers endure after coming back from combat. 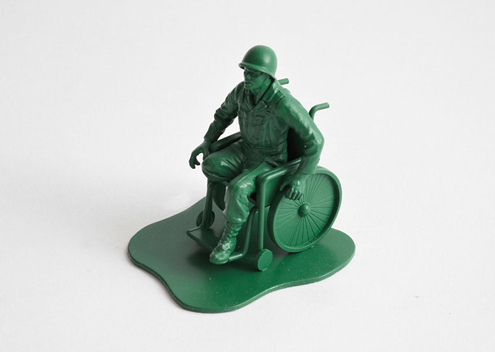 We hear a lot about what soldiers must endure when they’re in the battlefield, but the current support system in the U.S. for returning soldiers, unfortunately, isn’t that great. 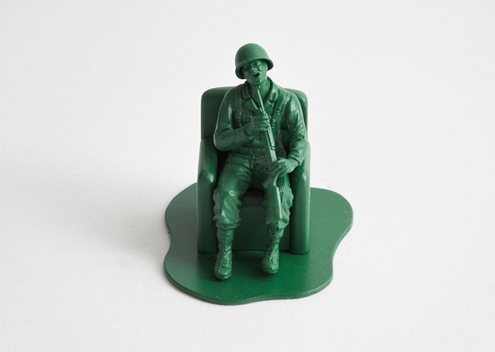 See more photos from ‘Casualties of War’ on Dorothy’s website.