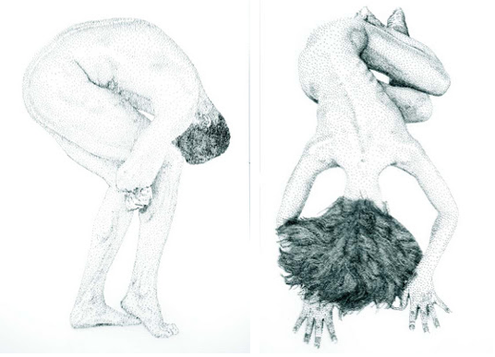 While a design student at Cornwall College of Art and Design, Marcus Levine began to play with the idea of creating human forms with nails. He explains, “the interplay between the rigid, angular nails and the soft curves of the human torso, would be more striking”.

Years later, Marcus has perfected the technique, and he’s nailing it. 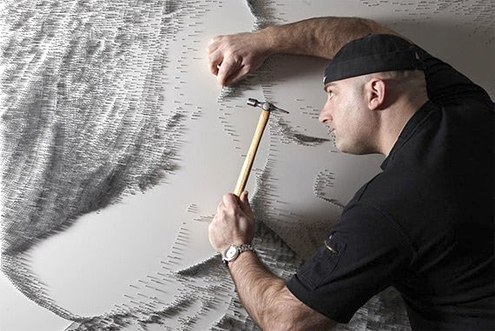 Levine’s ability to capture the curvilinear nature of the human body with such an inflexible object is intensely represented. He creates figures which are beautifully muscular yet wonderfully delicate, and it is clear that the artist has an innate grasp of the human shape. Light also plays an integral role in Levine’s work, as “from morning sun to evening sun the shadows across the sculptures can appear as light as a pencil or as dark as a charcoal still life.”

His latest clout nail sculptures introduce the sense of touch to his work and allow visually impaired and sighted people to experience the undulation and curvature of the nails as they twist, raise and fall along the length of the aluminium panel which they are driven into. 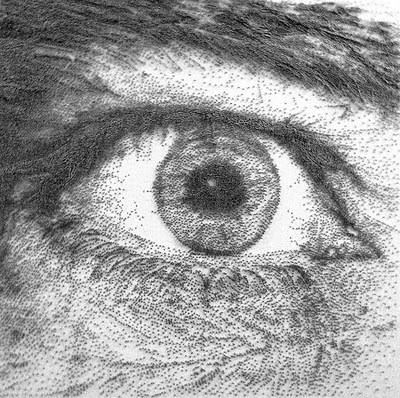 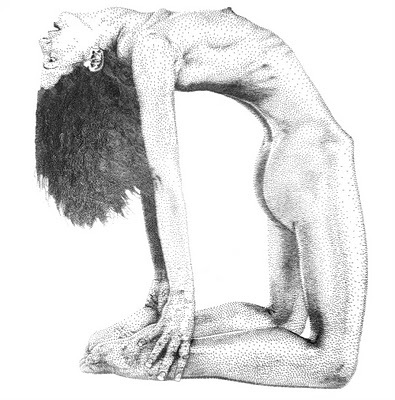 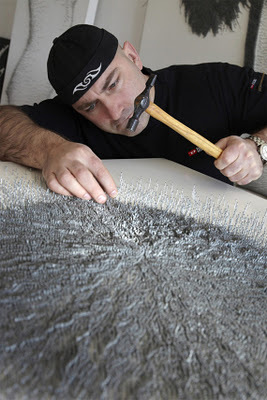 An Artist Who Nails It. The Work of Marcus Levine.