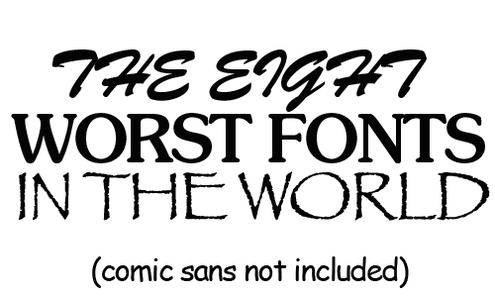 Fast Company recently published an excerpt from Simon Garfield’s Just My Type on the eight worst fonts in the world. The piece is notable not only for the actual list, but its very interesting research, and pretty hilarious commentary, such as this concerning Souvenir,

Peter Guy, who has designed books for the Folio Society, wonders, ‘Souvenir of what, I would like to know?’ He has a possible answer: ‘A souvenir of every ghastly mistake ever made in type design gathered together–with a few never thought of before–into one execrable mish-mash.’ And even the people who sell it hate it. Here is Mark Batty from International Typeface Corporation (ITC) on one of his best-selling fonts: ‘A terrible typeface. A sort of Saturday Night Fever typeface wearing tight white flared pants . . . ’

Souvenir was the Comic Sans of its era, which was the 1970s before punk. It was the face of friendly advertising, and it did indeed appear on Bee Gees albums, not to mention the pages of Farrah Fawcett–era Playboy. Oddly, though, Souvenir was far from a seventies face. 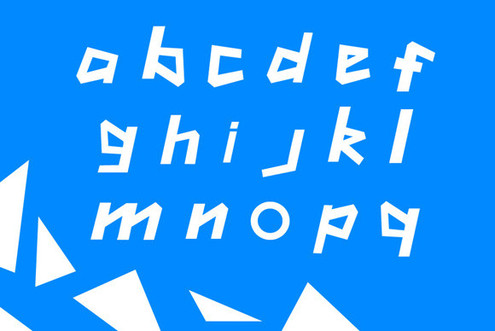 The most fascinating choice is the topical new typeface created for the 2012 Olympic Summer Games, called 2012 Headline, which “may be even worse than the London 2012 Olympic Logo, but by the time it was released people were so tired of being outraged by the logo that the type almost passed by unnoticed…Like the logo, the uncool font is based on jaggedness and crudeness, not usually considered attributes where sport is concerned.”

The 8 Worst Fonts in the World [FastCo Design]