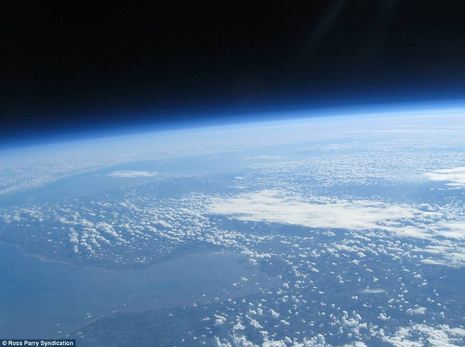 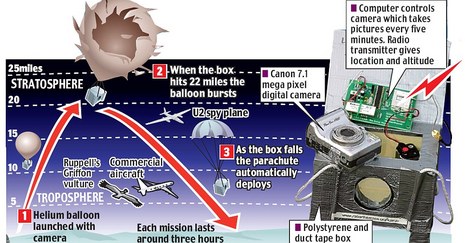 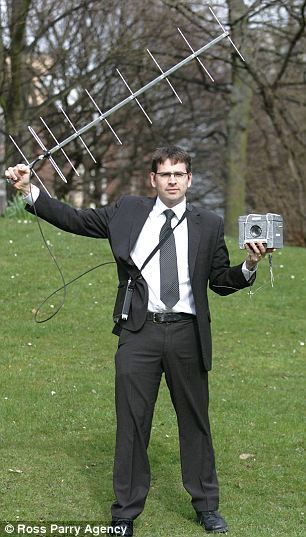 “[Mr Harrison] launched his first mini spacecraft, named Icarus I, in October 2008. It took dramatic shots that spanned 1,000 miles of the Earth’s surface, showing the curvature-of the earth. He has since sent a dozen capsules into space. ‘My family and friends thought I was a bit mad at first but they were suitably impressed with the results. The pictures speak for themselves. People think this is something that costs millions but it doesn’t.’ Before launch, the camera is attached to a tiny computer programmed to trigger a photo every five minutes. It is wrapped in loft insulation bought from a DIY store then placed in a polystyrene box. When the balloon reaches the 22-mile-high mark it pops because the air pressure is too weak to keep the helium inside. As the box falls a mini-parachute automatically opens. Mr Harrison has recovered it from up to 50 miles away.”

I wonder if he had any autofocusing problems.